After 30 Girls Raped in Shelter, Calls for India to Protect 'Invisible' Children

More than 100 cases of women being raped were reported daily in India in 2016.

NEW DELHI, July 25 (Thomson Reuters Foundation) — India must better protect children in care homes who are often neglected, beaten and raped, campaigners said on Wednesday after nearly 30 girls were sexually assaulted in a state-funded shelter despite the introduction of tougher sex crime penalties.

In the latest sexual violence case to shock India, police carried out a dig on Monday at the home, Seva Sankalp Samiti, in the eastern state of Bihar after some of the girls who used to live there alleged that a girl had been murdered.

"There is a complete cycle of abuse that takes place," Prabhat Kumar, head of child protection at the charity Save the Children in India, told the Thomson Reuters Foundation.

"Children are neglected, which impacts their self-esteem and then they become targets, (they) are exploited — both physically and sexually."

India introduced the death penalty this year for those raping girls under 12 and increased the prison term for the rape of older girls and women following nationwide disgust over the rape and murder of an 8-year-old girl.

More than 100 cases of women being raped were reported daily in India in 2016, the latest government data shows.

Sexual and physical abuse are common in care homes, where many children are not orphans but placed in care by parents who are too poor to feed, clothe and shelter them, campaigners say. 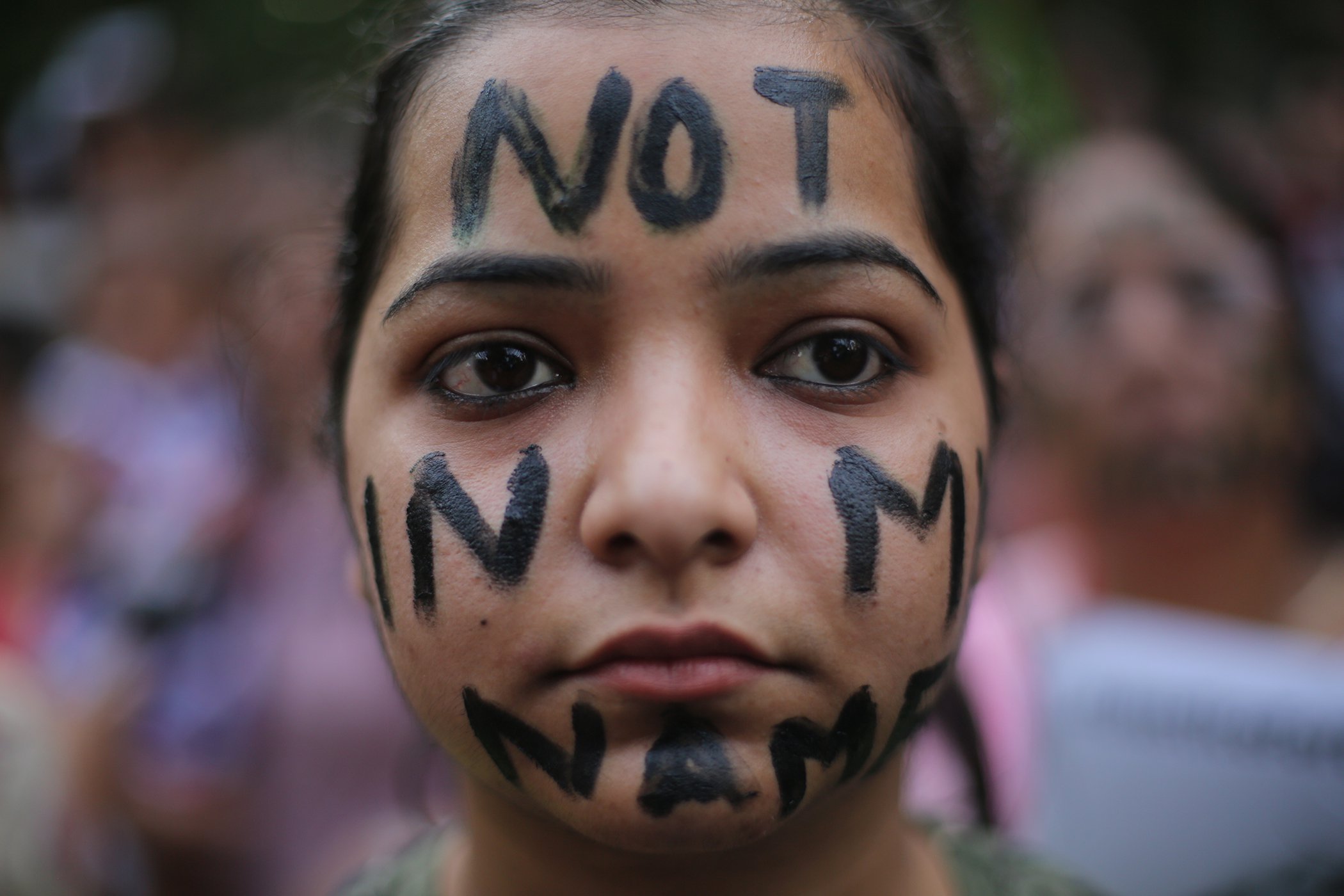 A participant has the words "not in my name" painted on face during a protest against two recently reported rape cases as protestors gather near the Parliament in New Delhi, India, April 15, 2018.
Image: Oinam Anand/AP

Police arrested 10 people after investigations showed 29 girls at the Bihar shelter, which was closed last month, were sexually assaulted. The youngest was 7, they said.

The governmental National Commission for the Protection of Child Rights (NCPCR) estimates that there are about 7,300 care homes in India, which are home to some 230,000 children.

About 1,300 of these shelters are unregistered, it says, which means they operate illegally with little or no oversight.

"We have a lot of laws in place, but states and authorities must absolutely enforce them, otherwise children at these homes are left vulnerable to all kinds of abuses," said Priyank Kanoongo, a member of the NCPCR.

Two people were charged with trafficking babies in a home run by Mother Teresa's religious order this month, prompting the government to instruct states to ensure that all childcare institutions were registered.

Campaigners say those in unregistered homes are at risk because conditions are not inspected, staff are not trained, and safeguards are not put in place, as required by law.