She’s bringing people together instead of pulling people apart. 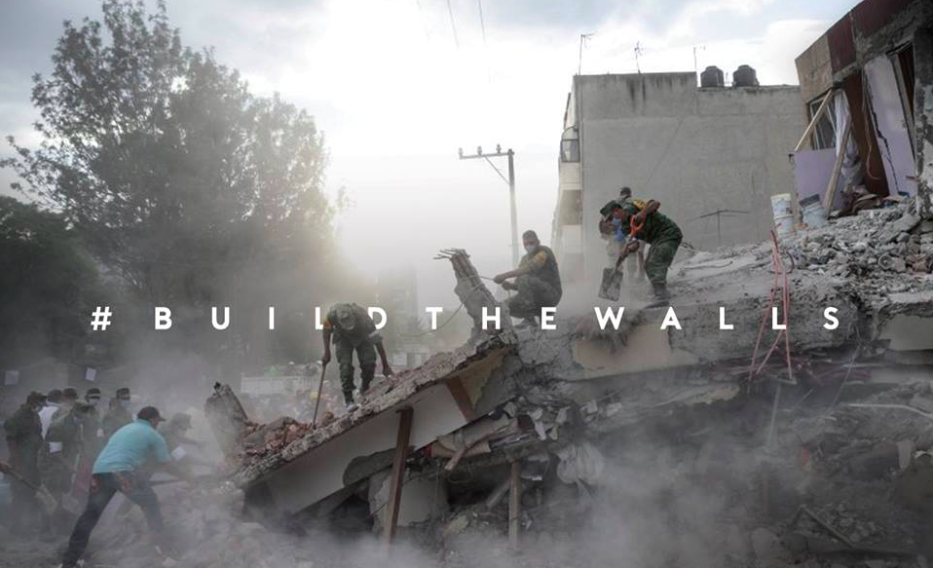 Over the past few years, the phrase “Build the Wall” has become both a rallying cry and an insult, a reference to border control between the US and Mexico, and a metaphor for racism.

Few phrases have sparked such a strong and divided response from the US public and the world.

Now a New York student wants to reclaim the phrase by using its infamy to bring people together.

Ana Miraglia, a copywriting student at the Miami Ad School in Queens, New York, told Global Citizen she was moved by images and stories of the recent destruction wrought by earthquakes in Mexico over the past month.

In particular, she was troubled by the scenes in Mexico City of collapsed buildings and people trapped under rubble.

At least 228 people died in the capital city and countless buildings were damaged or brought down in the last tremor. It was the worst earthquake in the city since 1985, when more than 100,000 people were killed.

Ultimately, the damage could cost Mexico up to $13 billion.

Global Citizen campaigns on the Global Goals, which call for resilient cities that can adapt to natural disasters. You can take action on this issue here.

As Miraglia saw people coming together after the tragedy to rebuild, she wanted to help, but she had little means and connections in the city.

Then she had a revelation.

What if she could get people to care by repurposing the phrase “Build the Wall”?

That’s when the concept of “Build the Walls” came to her — an effort to raise money to rebuild in Mexico.

“It just came to me that there was this connection between this wall that [President] Trump wanted to build and the walls that Mexico will have to rebuild after the earthquake,” Miraglia told Global Citizen.

“It was about stealing attention from something that people were fighting over and using it for something that was more important and that could really make a difference,” she said.

The result is a series of images from the earthquake with the phrase “Build the Walls” across them — a call for civic action and urban renewal. 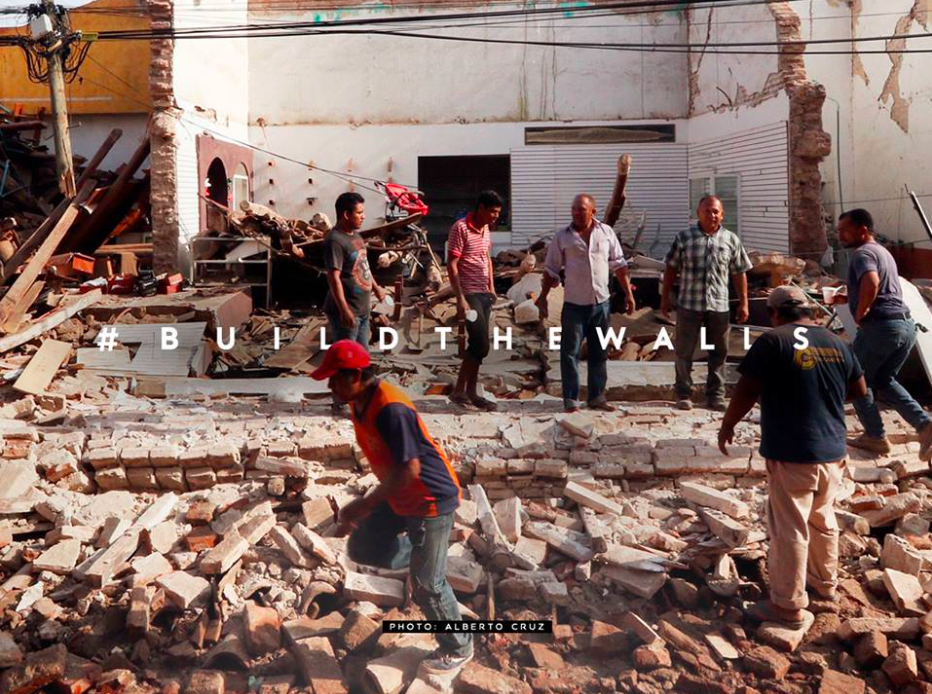 Miraglia had help with the project from her peers in New York and Brazil: Júlia Ledur, Lucas Cruz and João Pellanda.

The campaign consists of a web site, social media, and short videos that juxtapose the original phrase with this updated version.

Read More: 11 Photos From the Massive Earthquake in Mexico That Left At Least 61 Dead and 200 Injured

People are encouraged to donate to the ongoing relief effort and all funds are directed to Global Giving, the largest crowdfunding aid platform in the world.

So far Global Giving has raised more than $1.8 million for Mexico relief efforts.

Miraglia is now trying to make the campaign go viral, changing how people think about walls, Mexico, and bringing about social change.

“With the internet and social media it’s easy to just start something by yourself,” she said. “I created the web site in one day, the Facebook page in one day, and I didn’t have to have a lot of money.”

“A good idea is something that’s very powerful,” she said