58% of gay men are afraid to hold hands in public. 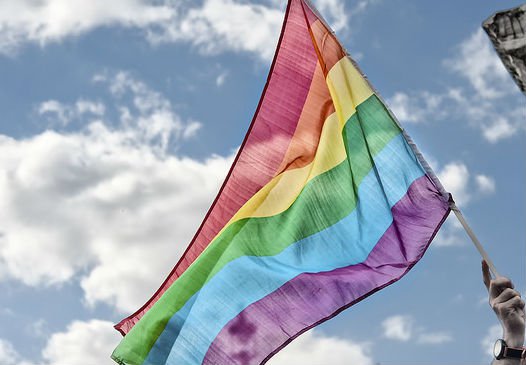 More than a fifth of LGBT people in the UK have experienced hate crimes ranging from abuse to physical assault, according to a new report.

Celebrities including Amanda Holden, Andrew Scott, and Gail Porter are today leading a charge on Twitter to support the LGBT community with the hashtag #ComeOutforLGBT.

Andrew Scott from #Sherlock supports #LGBT equality - the fight is far from over #ComeOutForLGBT - get your tshirt: https://t.co/1tqNpW9L3Kpic.twitter.com/gHxo8MNupv

Global Citizen campaigns to achieve the Global Goals, including goal No.10 for reduced inequalities. You can take action to help end the discrimination of minorities around the world here.

Some 21% of respondents said they have experienced a hate crime in the past 12 months,  which rose to 41% among transgender people. But 81% of these victims said they never reported the crime to the police.

Read more: These 6 Quotes Show Why Women’s Rights and LGBT Campaigner Sandi Toksvig Is the Best Thing About ‘The Great British Bake Off’

Levels of hate crimes were higher among BAME people, according to the survey of 5,000 LGBT people across the UK, with 34% of BAME people reporting a hate crime, compared with 20% of white people.

As a heartbreaking consequence of these crimes, 38% of people surveyed said they felt scared to hold hands with a partner in public. Among gay men specifically, that rose to 58%.

We all have a part to play in creating a world where everyone, everywhere can be themselves. So #ComeOutForLGBT with me and @stonewalluk! 🌈🌈

But as well as hate crimes, the report also revealed the high level of discrimination that LGBT people face on a daily basis in the UK.

One in 10 said they have suffered problems trying to rent or buy a property; one in six said their sexuality had been an issue in cafes or restaurants; while some 10% of people who had attended a live sporting event said they had been discriminated against at the event.

Some of those surveyed revealed the terror that they still feel as a result of their experiences.

“Someone described their intention to slit my throat and kill me,” said Ava, 56, from London, during the survey. “They went on to say no court would convict them for killing ‘the queer bait.’”

The fight for equality is far from over. That's why I’m proud to #ComeOutForLGBT as part of @StonewallUK's campaign pic.twitter.com/VNHqhebRjt

Elijah, 19, from south east England, said: “I live in constant fear of being attacked again due to my gender identity.”

Stonewall said the UK has a lot of work to do before all LGBT people “can feel safe, included, and free to be themselves.” `

These findings warn against complacency, and stand as a call to action,” said the charity’s chief executive Ruth Hunt. “Building on the achievements of the past and working together as we look ahead, we can all play a role in bringing forward the day when every LGBT person, everywhere, is accepted without exception.”

Crimes are being more effectively recorded, which accounts for some of the increase since Stonewall’s last major survey in 2013. But Stonewall said there has undoubtedly been “a genuine increase” in incidents.

The poll comes as the charity launches a major new campaign, Come Out for LGBT.