Why Brexit is a wake-up call for young people

Now is the time for young people to use their voices. 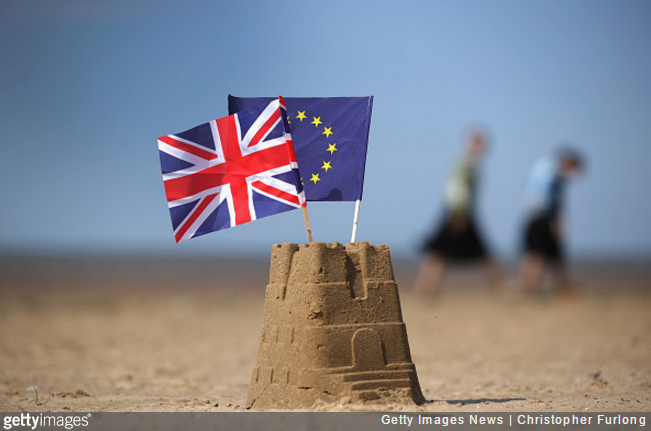 Thursday’s Brexit vote was among the most momentous political events of the past half century –– and few have been as dispiriting.

By voting to abandon the great European project, forcing David Cameron's resignation as prime minister and setting off immediate speculation of a new push for Scottish independence, the British people have chosen a perilous path towards nationalism. This was the will of the people.

The global economy was reeling Friday as markets come to terms with the ramifications of the vote. Political leaders across the world are grappling with new uncertainty –– some sensing an opportunity to pounce; others at a loss how to deal with the consequences of the unprecedented result. How has it come to be that voters are so angry that they will cast out the status quo even when the alternative carries such extraordinary, unknowable risk? And nowhere is that prospect as chilling as in the United States, already locked in a surreal political contest of its own.

As the American presidential election nears, young voters across the U.S. should take careful stock of events across the pond. The YouGov polling organisation reports that more than 70 percent of voters between the ages of 18 and 24 voted to remain in Europe; as did 56 percent of voters aged 25 to 49. It was Baby Boomers who rallied to the Leave cause. It is a tragic irony that the same people who have most benefited from a unified and largely peaceful Europe have bequeathed to younger generations a future of a far greater uncertainty and division. It is those who wanted Brexit the least who will be forced to inherit its legacy.

As the American primary elections have shown, many young people in the U.S. are no less frustrated and angry with the state of politics than Britain's Leave voters. Young people worldwide want action on wealth inequality and climate change. We want more accountability from Wall Street as well as Washington. But, like young British voters, we are not interested in turning back the clock, or turning our backs to the world. We understand that globalization is a fact of life, even embracing the diversity and opportunities it brings. We do not need to persuade young people to reject isolationism. They get it. What we need is for them to make their voices heard on issues they care about — like solving the refugee crisis, ensuring gender equality, and ending world hunger. And one of the best ways they can speak up is by showing up on Election Day to vote, and persuading everyone they know to do the same.

That is the unmistakable takeaway message for young voters everywhere from the Brexit referendum. Despite what we're told, the future isn't only made by those who show up; in electoral terms, there is nothing more valuable to a populist isolationist leader than a young person who doesn't bother voting. The non-voter outsources the future to people whose interests couldn't diverge more sharply from theirs. In that way, failing to vote is an act of self-sabotage — and apathy amounts to negligence.

The liberal consensus that shaped politics in the West for most of the post-war period is imploding, and we need to ask why. We need to reckon with the reality that a majority of Britons were persuaded by the emotive Leave campaign rhetoric that a retreat from Europe was in their best interests. We need to confront head on the worldview that seeks comfort in the embrace of parochialism. We must mount and win the argument that peace and prosperity depends on us finding common ground in a world interconnected and interdependent like never before –– and expose those who offer scapegoats without solutions for the false prophets that they are.