'Terror Attack' in London — What We Know So Far

What we know so far. 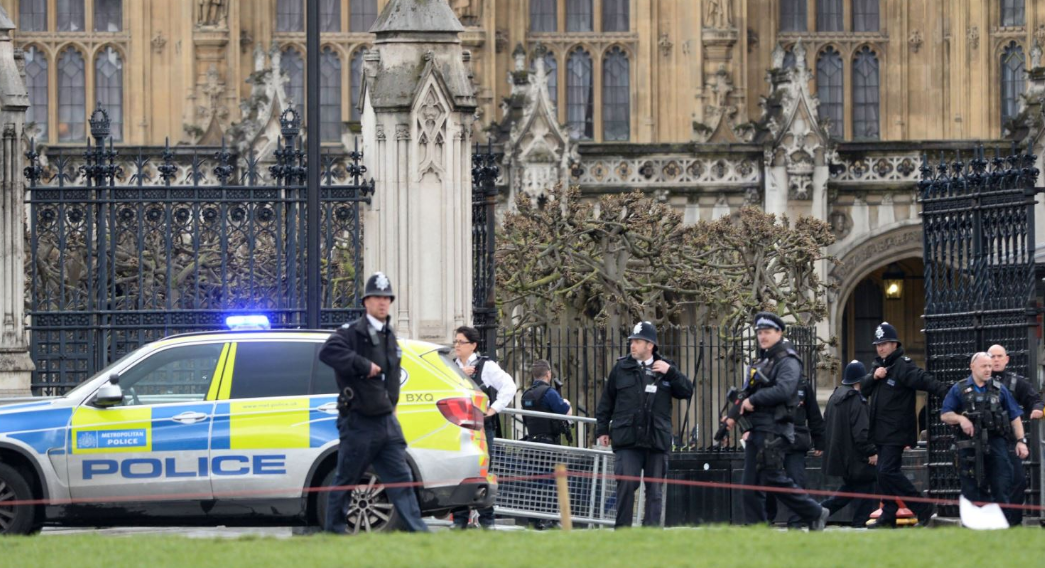 Four people have been confirmed dead after a serious attack in Westminster, the heart of London and the centre of British democracy. The attack is being investigated as a "terrorist incident" by the Metropolitan Police.

A further 29 people have been treated in hospital, seven of whom are in critical condition according to the Guardian.

The so-called Islamic State has now claimed that the attacker was "a soldier of the Islamic State." Police identified him as Khalid Masood, a 52-year-old man born in Kent.

Seven people have been arrested so far, and police raids were conducted in Birmingham, London and other parts of the country.

The police have called for anyone with photo or video evidence of the incident to come forward here.

Statement from @metpoliceuk confirming "a number of casualties" in the Westminster attack "including police officers". pic.twitter.com/v3VU9JPAlc

The incident took place on Wednesday afternoon, during parliamentary voting hours. The attacker drove his car into pedestrians on Westminster Bridge, before crashing into the railings around the perimeter of Parliament. He then ran towards Parliament and stabbed an unarmed police officer as he tried to enter the complex.

The unarmed police officer killed in the attack has been identified as PC Keith Palmer, a 48-year-old husband and father who had served in the parliamentary and diplomatic protection service for 15 years.

Aysha Frade, a 43-year-old teacher believed to have been walking along Westminster Bridge after school when she was hit by the car, has also been confirmed as dead.

And an American man, Kurt Cochran, who was visiting London on an anniversary trip with his wife, was also killed, officials said.

The attacker was shot dead by armed guards within the parliamentary grounds.

Parliament observed a minute's silence before resuming "business as usual" this morning.

In a statement delivered to the House of Commons as it began its proceedings, Prime Minister Theresa May offered strong words of reassurance and defiance:

"Yesterday an act of terrorism tried to silence our democracy. But today we meet as normal, as generations have done before us and as future generations will continue to do, to deliver a simple message: we are not afraid and our resolve will never waver in the face of terrorism.

And we meet here in the oldest of all parliaments because we know democracy and the values it entails will always prevail. Those values free speech, liberty, human rights and rule of law are embodied here in this place and shared by free people around the world."

In her speech, she confirmed the attacker was "British-born".

On the evening of the attack, the Prime Minister hosted a Cobra meeting, an emergency security meeting, and condemned the attack as "sick and depraved" in a speech outside No.10.

PM: Our thoughts and prayers go out to all who have been affected by the attack on the streets of our capital. https://t.co/K6LqooqZNEpic.twitter.com/eBoU6ahJYk

London's Mayor, Sadiq Khan, spoke for millions of Londoners with these words.

"We stand together in the face of those who seek to harm us and destroy our way of life. We always have, and we always will. Londoners will never be cowed by terrorism."

Londoners will never be cowed by terrorism. pic.twitter.com/LTLhgZ7OLQ