Students at 1,000 schools across Brazil are protesting plans to freeze school funding. 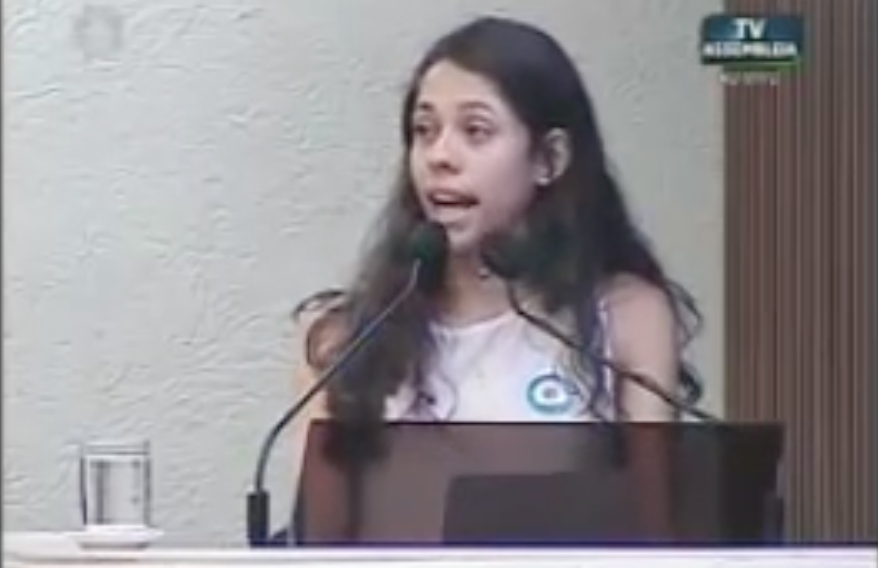 A 16-year-old who gave a fiery speech to Brazilian lawmakers in defense of education funding is being called the “Brazilian Malala” in comparison to the global education advocate and Nobel Peace Prize winner Malala Yousafzai.

Ana Julia Ribeiro defended her fellow students, who have been protesting at schools and universities across the country with sit-ins over the past month to demand better education funding from the government and the right to express political opinions in the classroom.

A video of the speech (which she delivered in Portuguese) went viral online, earning her praise on Facebook and across social media, where she was compared to Yousafzai, according to the BBC.

"How incredible! Malala is something else, her campaign is wonderful,” she told the BBC.

Ribeiro spoke to legislators at the Commission for Human Rights in the Senate in her state of Parana last week, in the midst protests at 1,000 schools across the country. She said the protests were legal and legitimate and that students had a right to political opinions. The student protests have received some criticism for shutting down schools, according to the report.

“We are students fighting for students. That’s why we have occupied our schools,” she said.

“I apologize, but the Statute of the Child and Adolescent tells us that the responsibility for our adolescents ­– our students – lies with society, the family, and the state,” she said.

The government in Brazil has proposed freezing education funding for 20 years as part of the country’s austerity plan amid deep political instability, according to the report. The proposal will go to the Senate this week after clearing the lower chamber.