He "hates that people hate."

Over the weekend, anti-LGBT protests erupted throughout Mexico following a suggestion by President Enrique Peña Nieto that the country's constitution could be changed to allow same-sex marriage, which remains illegal in 31 states.

In the city of Celaya, Mexico, hundreds of protestors marched with hateful signs, chanting their contempt for LGBT people. Guided down the road by police vehicles, the group exuded a formidable presence.

But their hatred set the stage for the brave act of a 12-year old boy who has a gay uncle and "hates that people hate."

Photojournalist Manuel Rodriguez captured the scene above on Sept. 10 when a young boy defiantly stood with his arms outstretched in front of an oncoming horde.

The crowd is so large that it curls to the other side of the road. The boy, meanwhile, is joined only by his shadow, which looks to be free falling on the asphalt, a profound metaphor for the bravery that his act entails.

It's a scene of contrasts — hate against love, strength against fragility, cowardice against courage — that evokes perhaps the most iconic image of the 21st century: "Tank Man," during the Tiannamen Square protests in China in 1989. 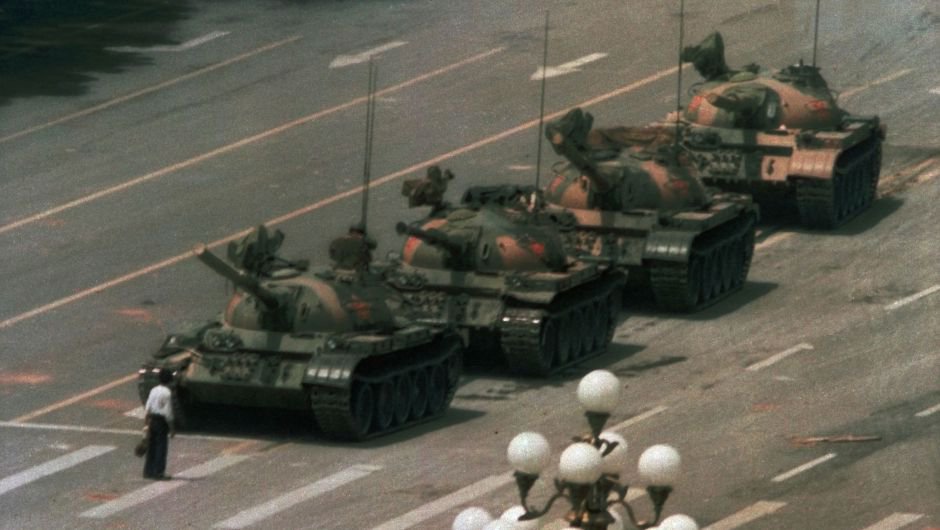 Currently, around 79 countries deem homosexuality illegal and punish offenders with prison sentences, lashings and even death. Sometimes, communities take out their hatred on the streets and murder LGBT people. In nearly all countries, LGBT people face ridicule and harassment and unequal representation under the law. When you consider this, it’s amazing that the LGBT community has persevered and achieved rights and acceptance in places.

Read More: Will China be the Next Country to Legalize Same-Sex Marriage?

As the fight for LGBT rights continue in countries like Mexico, people everywhere can draw strength from the sight of this young boy who represents a future of openness and love.

Ultimately, the world will be a much better place when everyone hates hate as much as he does.