Books fight bombs: Why school matters in Syria and beyond 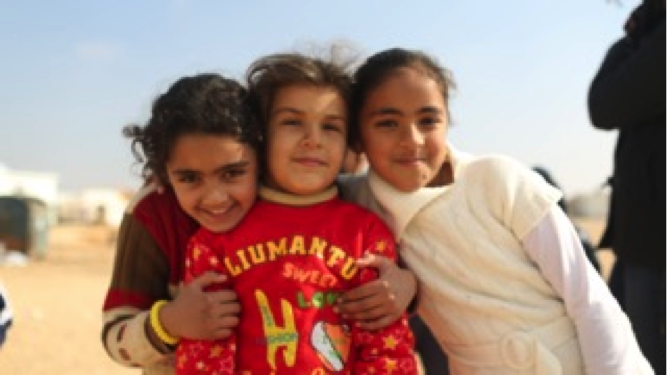 For most of us reading this right now, we are lucky enough to have been afforded our right to education. It probably doesn’t really enter our minds how life-changing this access to education is because it seemed like a normal part of growing up. As normal other initiations of childhood: learning how to ride a bike, our first sleepovers, our favourite books – even our first kiss.

War zones, conflicts and emergencies create intense human suffering. Often people don’t think of the “downstream” consequences of conflict beyond lost lives, injuries and buildings destroyed. One of the worst tragedies of conflicts is the potential for a lost generation when children are involved.

I could tell you about the 28 million boys and girls who aren’t in school in areas of conflict or emergency. I could hope that would have an effect on you. But, as humans, we don’t deal well with big numbers, so I am going to tell you about Fatima.

I first met Fatima two years ago, in January 2014 at Za’atari refugee camp. Her aunt first told me about Fatima and pushed us to go and hear her story. We walked to the other end of Za’atari camp (it’s pretty much its own self-contained city of tents and caravans).

Fatima was sitting on the ground and her story not only left me in tears but left an imprint on me for years to come. She survived a barrel bombing – a large barrel-shaped metal container that has been filled with high explosives, possibly shrapnel, oil or chemicals as well, and then dropped from a helicopter or airplane.

In fact, these barrel bombs are actually the biggest killer of Syrian civilians.

That barrel bomb killed her brother and left her with only one leg. Her aunt helped her flee Syria--crossing the desert through no man’s land for two days on rickety crutches and into the relative safety of Jordan. There she received a prosthetic limb and now lived in the caravan with her elder sister.

She was traumatised. She lost members of her family. She lost her leg. I was in tears. But she only started crying when I asked her what she missed the most about her life in Syria before the war.

It was school. She missed school, being educated, being with her friends and her favourite books.

That’s what brought her to tears.

She wasn’t the only young girl in the refugee camp who missed school. So many children reiterated that what they missed the most about Syria was going to school.

The Za’atari UNHCR refugee camp has gone to incredible lengths to support, protect and provide dignified humanitarian assistance to Syrian refugees, including access to schooling. It is very true that initially Syrians didn’t want to send their children to school in the refugee camps because many believed they would be returning to Syria shortly.

That was five years ago.

The conflict in Syria has been described by the United Nations as the worst humanitarian crisis since World War Two. Over half the Syrian population has been displaced, including some 4 million refugees fleeing Syria.

2 million of those are children.

The majority of refugees living across the borders in Lebanon, Iraq, Turkey and Jordan aren’t in a camp of sorts. They are fending for themselves, and have lost absolutely everything. They can’t support themselves because those governments will not allow Syrians to seek employment opportunities and have access to work permits. Because Syrians don’t have the necessary papers, refugees live in fear of coming into contact with the authorities, particularly at the many checkpoints. As children are less likely to be stopped at checkpoints, they are forced to work in the fields or in nearby towns. Unscrupulous employers prefer them because they are more compliant, and more likely not to complain about physical abuse.

And this is why it’s so critical children have access to school and education. If they fall into the trap of working to survive and support their family they become a lost generation. They lose all hope of a future. They become entrenched in a cycle of poverty instead of realising their dreams to grow up and become a teacher or doctor or lawyer or scientist or any of the thousands of jobs, which require education.

Young girls in particular fall into the trap of early childhood marriage – their parents want to ensure they are provided for so marry them at an early age. Young Syrian girls in particular are vulnerable to early marriage to Saudi men and then “divorced” as soon as they have taken away her virginity or are done with her.

This isn’t the world I want to live in.

I am Syrian. I was fortunate enough to have been born in Australia and had parents with the courage to move across the world seeking a better future for their children. They learnt a new language, set up businesses; all their children are university educated.

But I often think that I could have been Fatima. And it was by pure luck that I wasn’t.

That’s not good enough. We as civil society must demand that access to education continues to be a human right and is funded as such. It’s not just the right thing to do, it’s the smart thing to do. A lost generation without hope can lead to extremism.

We need to ensure our voices are collective and loud. We can’t become complacent and only care about our children being educated. We need to demand that it’s a right afforded to all children.

You can take action and sign the petition to tell World Leaders to launch an ambitious global humanitarian platform to fund education in emergencies at the 2016 World Humanitarian Summit and to commit new funding to meet the $8 billion needed to educate children in crises around the world.

This article was contributed by Ranya Alkadamani. 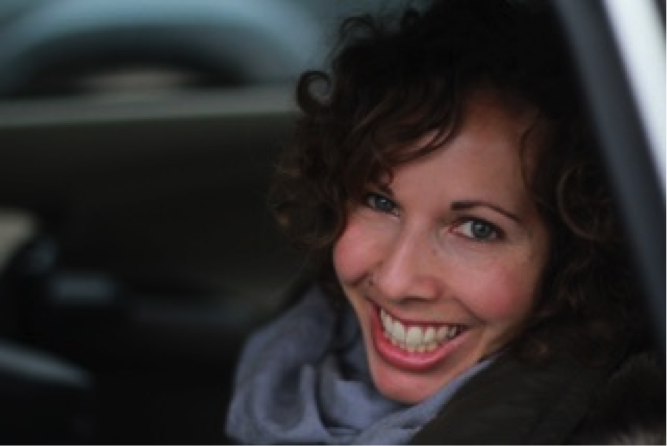 Ranya Alkadamani is the Founder of Impact Group International, a strategic advisory firm for philanthropists, impact investors and social impact programs. She is also behind Sweaters for Syria, a movement of people who sent over 100 000 sweaters to Syrian refugees. She was previously press secretary to former Australian Prime Minister and Foreign Minister, Kevin Rudd.