The largest mammal on Earth is endangered.

Why Global Citizens Should Care
Killing a blue whale violates international protections for the mammal, which is endangered, and sets a dangerous precedent according to marine conservationists. The United Nations’ Global Goal 14 calls on countries to protect the world’s oceans. You can take action on this issue here.

An Icelandic fishing crew has been accused of illegally killing a blue whale earlier this week, according to CNN, violating international laws that protect the endangered species.

The incident was documented by the marine conservation group Sea Shepherd UK and the marine activist Paul Watson in a Facebook post, which included a number of allegedly incriminating photos.

If the allegation proves true, it will mark the first time that a blue whale, the largest mammal on Earth, has been slaughtered in more than 40 years, according to Sea Shepherd.

Whaling captain Kristján Loftsson spearheaded the expedition and denies the accusation, claiming that the harpooned whale is a hybrid species, not a blue whale, and therefore the catch was legitimate.

"We have never caught a blue whale in our waters since they were protected," Kristján Loftsson, managing director of Hvalur hf, told CNN. "We see them in the ocean. When you approach a blue whale, it's so distinct that you leave it alone."

Watson and others argue that Loftsson, who is sometimes referred to as a “rogue whaler,” most certainly caught a blue whale.

“Loftsson has committed a blatant crime and he has done so with impunity,” Watson wrote in his Facebook post. “Not only that, his whaling station crew posed for photos next to and even on top of the whale in a sign they knew very well this was a rare Blue whale. Then, presumably without reporting the Blue whale to authorities Loftsson ordered his crew to butcher the whale just like it was another Fin whale – the meat, skin, blubber and bone all now mixed in with the Fin whales previously caught to hide his crime – or maybe being hidden from potential inspections by the authorities.”

The Icelandic government is now investigating the matter and will be conducting DNA samples to verify the species, a process that could take months, according to CNN.

Marine scientists who spoke with CNN said that certain physical features, including the animal’s size, its fins, and complexion, all indicate a blue whale.

If the animal turns out to be a blue whale, the Icelandic government may sanction the fishing crew due to the mounting international outrage.

However, Iceland is not a member of international treaties that protect blue whales, according to CNN. Other whaling nations such as Norway and Japan have also abstained from joining the agreements, allowing for the continued slaughter of hundreds of whales each year.

After a two-year pause, Iceland’s government set a catch limit of 191 fin whales for this year.

Loftsson told CNN that whaling is an integral part of Icelandic culture and criticizing whaling teams is like criticizing deer hunters in the US.

However, whales throughout the world are endangered and blue whales in particular are facing a significant decline, according to the World Wildlife Fund. 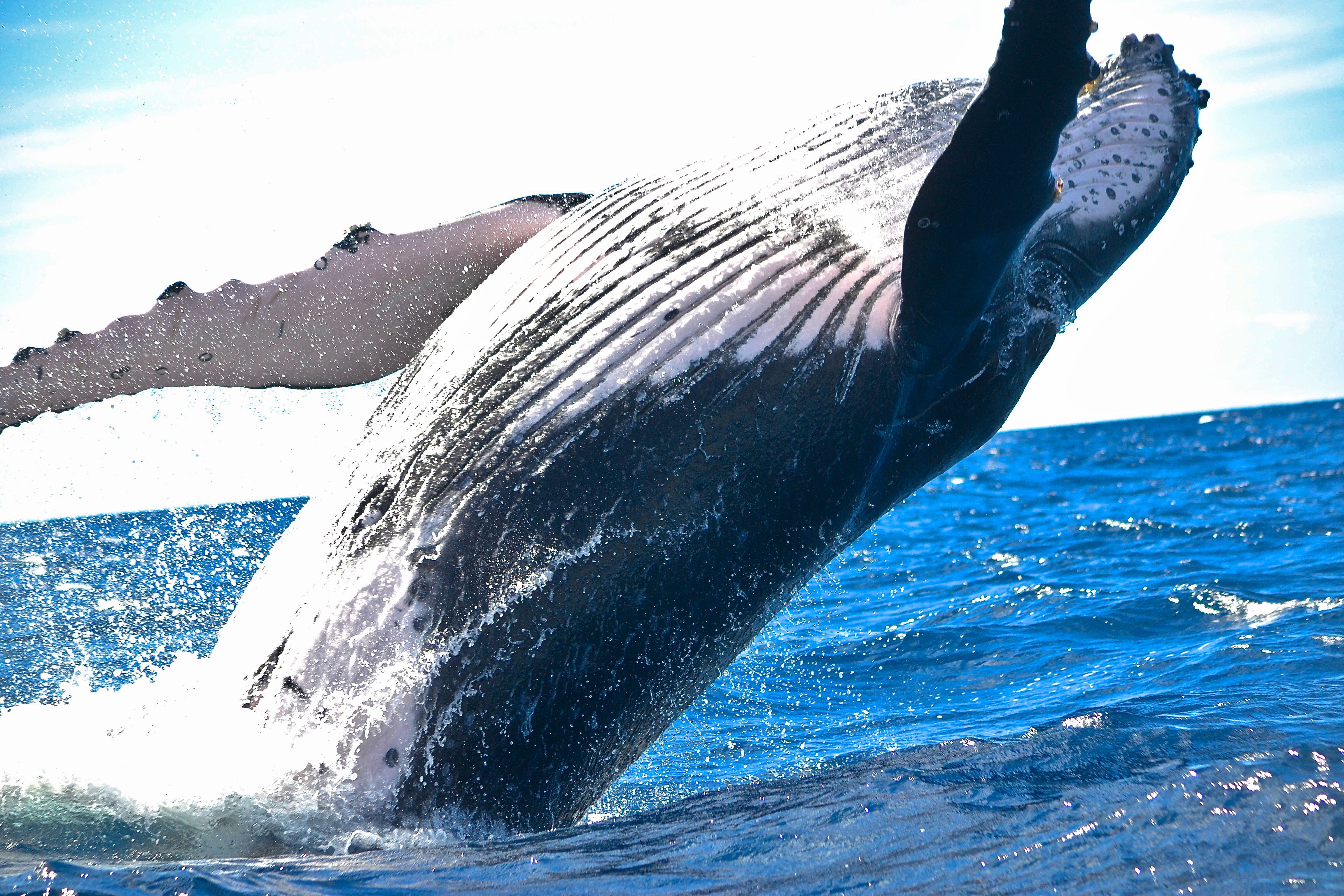 Photo by Sho Hatakeyama on Unsplash

The species was almost hunted to extinction during the 20th century, when an international ban was placed on hunting the animal, allowing it to gradually recover.

Even still, the animal has a range of threats, including acidifying oceans, loss of food such as krill, ship strikes, noise from ocean traffic, industrial pollution, and more.

Read More: ‘This Is the Year’: An Alaska Town Hopes, Prays, to Catch a Whale

Adding poaching to this deadly mix is an intolerable development for conservationists.

“The crime committed against this iconic whale must be fully investigated by independent inspectors with DNA samples taken from all the whale meat and parts in storage at Loftsson’s whaling station and warehouses since the whale has been butchered and removed from view potentially to hide the evidence as Loftsson has no authority (even within Iceland) to kill a Blue whale,” Robert Read, Sea Shepherd UK’s chief operating officer, said in a statement.