“You can’t just give up that income tax." 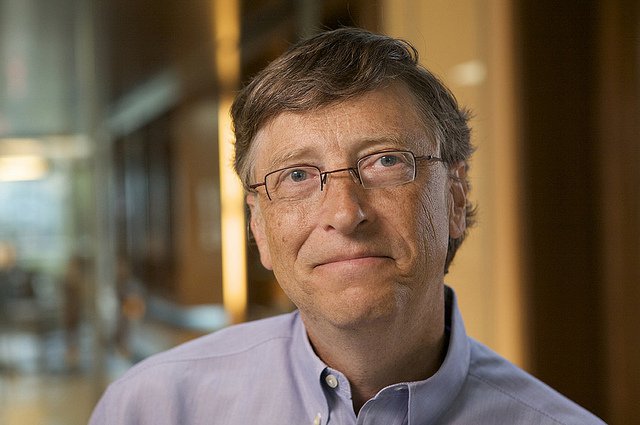 Robots haven’t taken over, yet. But their impending rise is generating a lot of fear.

Bill Gates has suggested one way to ease the transition to a more automated existence, where robots will be doing the jobs of humans: tax them.

In an interview with Quartz, Gates said that taxing robots would counter the fear and reservations held by many over the growing integration of robots replacing humans in the workforce.

Gates points out that an employee with a $50,000 annual salary is currently taxed on that income, which goes to the government to provide services for health, education, etc. If robots are taxed by businesses and corporations, this essentially frees up the labor market and still generates funds for human services, making the world a better place.

Read More: How Drones in Rwanda Will Save Lives, Not Take Them

“What the world wants is to take this opportunity to make all the goods and services we have today, and free up labor, let us do a better job of reaching out to the elderly, having smaller class sizes, helping kids with special needs. You know, all of those are things where human empathy and understanding are still very, very unique. And we still deal with an immense shortage of people to help out there,” said Gates.

“But you can’t just give up that income tax because that’s part of how you’ve been funding that level of human workers,” added Gates.

The tax money could come either from the savings companies receive by not having to pay and support human workers, or a tax on the robot companies themselves, according to Gates.

The fact stands that robots are on track to take over 30% of the workforce by 2025, a terrifying notion for those already harboring concern that refugees and immigrants will take jobs in Europe and the US.

Currently, 5 million people in 65% of the world’s economies work in positions where their jobs are likely to be replaced by automated functions in just the next three years, according to a study from the World Economic Forum. Most concerning, women in administration roles are likely to be the most affected.

This presents both a challenge and opportunity in creating and valuing jobs in human services, and jobs for women.

In a utopian automated future, an increase in robots would ideally lead to higher quality lives for people, but this can only happen if there’s an increase in valuing jobs with “human empathy and understanding” and training for those being replaced, as Gates told Quartz.

Not only is Gates’ advocacy for taxing robots genius, it’s an important reminder that the world has the opportunity to get ahead on policies that benefit and protect people vulnerable to future job-loss before these changes truly start to affect large populations. This, however, may be an uphill battle.

EU lawmakers already proposed a bill that would implement a tax on robots. The bill, however, was rejected and the rejection supported by some in the robotics industry, valued at $46 billion.

Still, support from Gates on this initiative is a promising start toward positive change.

Disclosure: The Bill and Melinda Gates Foundation is a funding partner of Global Citizen.