Why Global Citizens Should Care
Reading makes us better Global Citizens. On the new app Likewise, billionaire Bill Gates shared the books on his shelf that make him hopeful for the world’s future. His nonfiction selections inspire social progress by exploring human development, psychology, clean energy and more. You can join us in taking action on this issue here.

Ever wonder how visionaries stay inspired? Bill Gates has shared the four books keeping him motivated these days, CNBC reports.

Gates usually posts book reviews on his personal blog, but this time he also shared his picks on the new mobile recommendation app Likewise.

“The world is getting better, even if it doesn't always feel that way,” Gates wrote about Enlightenment Now: The Case for Reason, Science, Humanism, and Progress by Steven Pinker.

Gates' suggestions include books on the history of energy and civilizations, how happiness is on the rise globally, why unconscious bias holds humans back, and a deep dive into homo sapiens’ domination of the earth. When it’s time to take a break from the news cycle and get inspired about the future, reach for one of the books in his list of recommendations below. 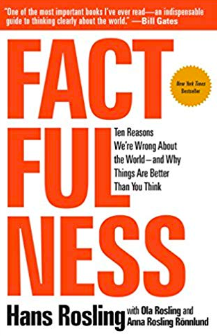 For the Recent College Graduate

"I think everyone should read it. It has especially useful insights for anyone who's making the leap out of college and into the next phase of life," Gates said of the book exploring the relationship between unconscious biases and decision-making.

The book looks at the ten instincts that stop humans from putting the world into perspective. Gates said it taught him a new global development framework for thinking about different wealth groups across the world to achieve progress. 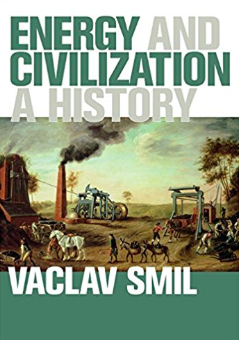 Image: Courtesy of the MIT Press

"Energy and Civilization: A History," by Vaclav Smil

Gates is the first to admit this one is a little intimidating—even for him. But the philanthropist stuck with the book, which he says is easier to comprehend than the title might suggest. The book traces back how humans made use of energy dating back to caveman days, through the current day.

The inventor said Samil’s choice to explore the connection between energy consumption and economic growth is similar to his own approach to energy innovation. It left Gates hopeful for the prospect of achieving clean energy. The possibility of 139 countries moving to 100% renewable energy by 2050 already sounds more attainable. 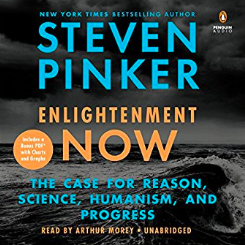 For the Data Nerd

"Enlightenment Now: The Case for Reason, Science, Humanism, and Progress" by Steven Pinker

This book "is not only the best book Pinker's ever written," cooed Gates, "it's my new favorite book of all time." Gates’ pick is an in-depth examination of world history through an analytical lens. The author, a Harvard psychology professor, uses data to show how happiness is on the rise worldwide. Gates was also sucked in by the book’s mind-blowing facts, such as the phenomenon that getting struck by lightning is less probable than it was a century ago. 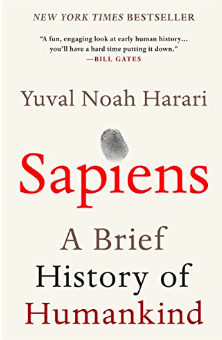 For the History Buff

"Most humans assume that we were always the ones in charge, lording over the rest of the animals," wrote Gates on his blog. Historian Harari is here to set the record straight by combing through 70,000 years of human history to uncover how homo sapiens evolved to dominate the Earth. The book made Gates rethink exactly how humans developed to survive what’s next for our species.

Disclosure: Bill Gates is the co-founder of the Bill and Melinda Gates Foundation, a funding partner of Global Citizen.