The fight for civil rights continues.

The Super Bowl halftime show was one of the best in recent memory. Coldplay exuberantly performed a few of their classics, Chris Martin rocked Global Citizen gear and Bruno Mars electrified the audience with his funky energy.

Then there was Beyoncé.

Beyoncé's no stranger to stealing the show. She performed last September at the Global Citizen Festival, where she was flawless--fun, soulful, immensely talented and inspiring--and advocated for girls' and women's rights. 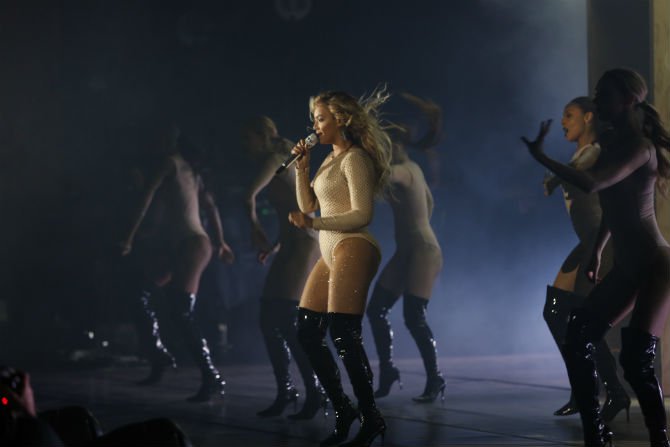 And last night her Super Bowl performance was stunning on multiple levels. First, she's incredible any time she steps on stage.

Second, she performed a song, "Formation," that had just been released the day before--a departure in style from past Super Bowl halftime shows that usually feature staple songs that everyone knows.

Third, the performance was politically charged--a rarity for the Super Bowl.

"Formation" is suffused with black pride. The lyrics riposte racist attacks directed at her, embrace black culture and history and reaffirm Beyoncé's status as one of the most powerful and influential women on the planet. As The New York Times noted, Beyoncé may be the only artist in the world who can get the Super Bowl to serve her goals rather than the other way around.

During the performance, Beyoncé and her dancers wore black leather and Black Panther berets, an homage to the civil rights group that was formed 50 years ago to advocate for racial justice.

After the performance, the dancers raised their fists in solidarity with the athletes Tommie Smith and John Carlo who defied racism in the 1968 Olympics. And then Beyoncé announced a global tour.

Beyoncés dancers in black berets at #SB50 paying homage to the Black Panthers 50 years after their #formation in '66 pic.twitter.com/YXpzBkkm6s

People around the world had strong reactions--many people appreciated the political edge, others were bothered. 147,000 Beyoncé related Tweets were being pumped out each minute during the show.

All the noise shows that the message couldn't have come at a better time. Beyond the coincidental alignment with Black History Month, black civil rights groups are more powerful than they have been in years. The onslaught of police violence in black communities and the widespread systemic racism that plagues society have galvanized a new generation of activists, many under the #BlackLivesMatter umbrella, who are broadly influencing politics.

Beyoncé's support during the most-watched event in the US suggests that the movement is ready to enter the mainstream. And there are signs that this is happening. One of the Black Lives Matter leaders, Deray McKesson just announced his run for mayor of Baltimore. All across the country policy agendas are being updated to acknowledge and respond to black civil rights issues. And artists like Kara Walker, Lauryn Hill, Kendrick Lamar and many others are pushing the cause further with work that changes minds and emboldens people to action.

Congratulations to the Denver Broncos for winning the Super Bowl--but the real story of the night is how one of the biggest events in the world served as a vehicle for social justice for several minutes.