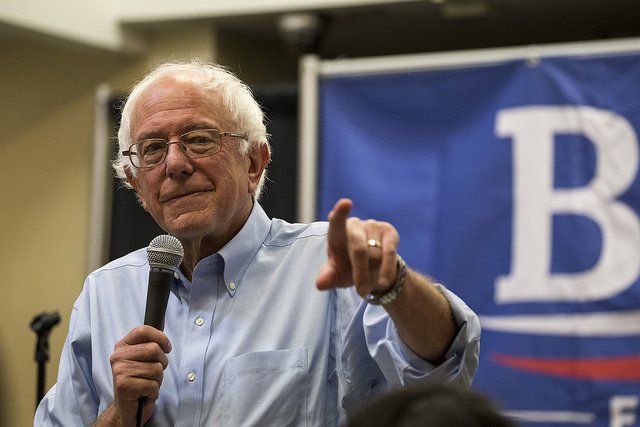 During his 2016 presidential campaign, Sen. Bernie Sanders (I-VT) came back to one issue again and again: economic inequality. His proposal for fixing this global affliction was a simple one: a $15 minimum wage.

Now, with the backing of at least 23 Senate Democrats, Sanders is reintroducing a minimum wage bill to Congress, HuffPost reports.

The bill proposes a federal minimum wage of $15/hour, twice the current federal minimum of $7.25/hour, which hasn’t changed since July of 2009. Sanders submitted the bill to the Senate with the support of Senators Patty Murray (D-WA) and Chuck Schumer (D-NY), and Representatives Keith Ellison (D-MN) and Bobby Scott (D-VA) planned to submit a similar bill to the House, Newsweek reports.

The Senator submitted a similar bill calling for a minimum wage raise in 2015, but was only able to wrangle the support of a handful of senators. But now, it seems that the notion is catching on amongst Sanders’ peers.

Read More: Carls Jr. CEO Wants to Use Robots Instead of Humans to Work in His Fast Food Chain

Sanders announced his new bill a few weeks ago in a Facebook post, writing: “The federal minimum wage of $7.25 is an insult to the workers of this country. Our job is to ensure that anyone who works 40 hours a week in America should not be living in poverty.”

According to The Atlantic’s CityLab, there is not a single county in the United States where a minimum wage earner working a 40-hour work week can afford a one-bedroom apartment.

Reducing global inequality is one of 17 Sustainable Development Goals (SDGs) put forward by the United Nations Development Program (UNDP), and proponents of the minimum wage argue that it is one way to achieve sustainable income equality.

Read More: 8 Men Own as Much as the Poorest 3.6 Billion People on the Planet

Given the Republican-controlled House and Senate, a minimum wage bill passing is unlikely, according to the Hill. Republicans have rejected raising the minimum wage on several accounts — arguing that such an action would actually have the unintended effect of forcing more low-wage workers to lose jobs to automation, and reduce the amount of low-wage work available overall. The official platform of the Republican Party stated that “minimum wage is an issue that should be handled at the state and local level.”

But the fact that more and more Democratic Senators are joining in to push for this issue shows the party's renewed willingness to work together on a contentious topic. The next step will be to reach across the aisle to find a solution that can appeal to conservatives, as well.