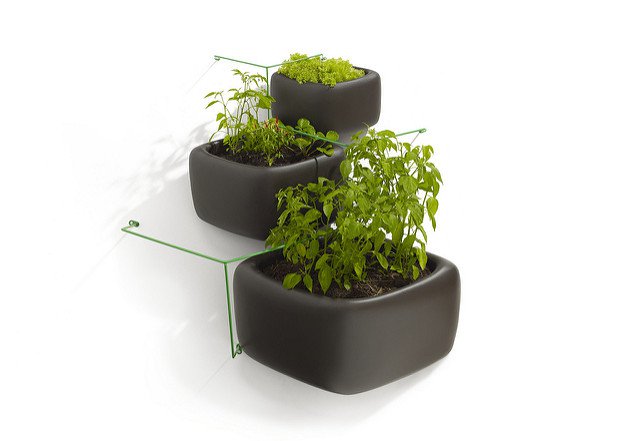 They look like tiny greenhouses and customers can pick fresh herbs and leaves directly from the tower, which are optimally fresh..

INFARM, the startup that pioneered the vertical farming installations, is trying to make urban farming of this kind mainstream. It wants to change the way people experience shopping for groceries--from something that involves immense supply chains to something that is far more local.

Vertical farming project in a supermarket in Berlin! Awesome! https://t.co/9NT2UMD77T

In a pilot project being tried out in a Berlin supermarket chain Metro, the “kräuter garten”, meaning ‘herb garden’, can currently grow herbs and salad greens like basil, mizuna, kale, and wasabi mustard greens.

In a few months, INFARM hopes to reconfigure the vertical greenhouses to enable the growth of crops like peppers, eggplants, and tomatoes.

INFARM hopes to expand to other supermarkets after the trial run, and put similar modules in restaurants and hotels.

The technique is pesticide-free and enables year-round production. It consists of stacked units wherein herbs and vegetables are grown hydroponically on a layer of oxygen enriched water. LED lights are used to mimic sunlight patterns, while microsensors monitor the environment and measure the temperature and conditions required for the plants to thrive. It can also be controlled and monitored using a mobile app, allowing store employees to maintain the apparatus.

We visited @infarmberlin in #Berlin to talk about their latest indoor farming technology https://t.co/PecihfIwClpic.twitter.com/DjLJDEc4d0

The aim is to make cities self-sufficient in their food production, while also providing customers with the freshest organic produce.

Infarms also reduce the cost of transportation, as farm produce no longer needs to be transported from farmlands to stores. In turn, this also reduces harmful greenhouse gas emissions.

They can also greatly enhance the independence of people living in food deserts.

INFARM was set up in 2013 and has been funded by angel investors as well as the EU to help develop its vertical farming innovations. It has previously developed an origami mini-greenhouse. "Our farms are a perfect synergy between hardware and software, creating far greater production efficiency than any other technology in the market," a representative from the company said.

By the year 2050, nearly 80% of the world’s population will live in urban centers. With a predicted population increase of at least 3 billion people during these decades, a lot more land will need to be cultivated in order to feed them, if traditional farming practices are used. INFARM views indoor farming as a potential solution to this impending problem, allowing people to farm themselves. Over 400 packages of INFARM produce have been sold each month since the grocery store introduced it. If this technology takes off, it could provide a viable solution to ending world hunger.