Why bats are the best weapon against zika

They help humans and the environment. 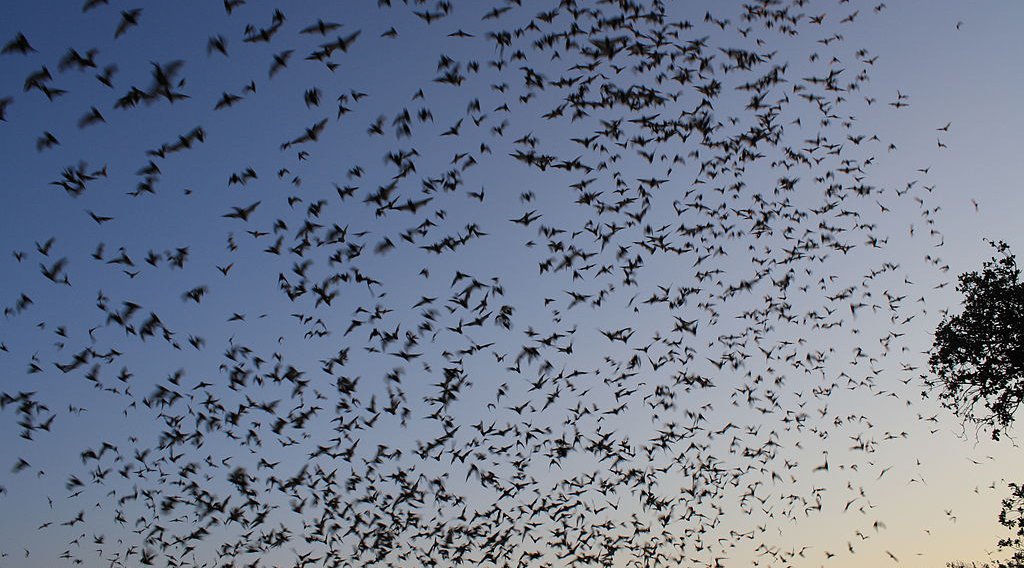 In the fight against Zika, some towns are turning to bats.

As bats zoom through the air at up to 60 miles per hour, they burn an enormous amount of calories and constantly have to gnosh on things.

Mosquitos are little treats that lazily hang in the air, waiting to be snacked on.

So as bats zip around, they eat every mosquito they can find. That can be up to a 1,000 mosquitoes an hour, a rate that is higher than other methods of mosquito control and has many secondary benefits including improved vegetation.

The town of North Hempstead, on New York’s Long Island, is building boxes in several parks to serve as homes for bats in the area.

“Bats can eat up to 1,000 mosquitoes per hour,” Judi Bosworth, the town’s supervisor, told The New York Times. “That’s extraordinary. A pesticide couldn’t do that.”

Not only are bats effective at mosquito control — it’s better for the environment and for people’s health.

There are no big clouds of pesticide spray at the start of summer, which is usually what happens when communities try to tamp down the mosquito population to avoid viruses like West Nile and Dengue.

As the specter of Zika virus has grown over the past few months, especially with the Olympics on the horizon, people everywhere are searching for ways to avoid the disease.

Zika has been deemed an international health crisis by the World Health Organization. More than 45 countries are considered dangerous for pregnant women to travel to and the Olympics can potentially make the disease global. It’s expected that many millions of people will contract the disease this year.

In Brazil, the epicenter of Zika, the government has begun aggressively spraying neighborhoods. A recent decree even allows planes to airdrop pesticides on specific areas.

This might be killing scores of mosquitos, but there is collateral damage.

With that in mind, the renewed interest in bats is a win for everyone — humans are shielded from mosquitoes and bats can regenerate their populations.

Bat populations have, like many other species, fallen over the past few decades. There are more than 1,000 bat species and 77 of them are endangered. The biggest risk they face is the destruction of their habitats.

In parts of the US, many bat habitats have been all but eliminated, so people have started to court them with bat boxes, places where they can hang upside-down and sleep.

Normally, bats would sleep in barns, dead trees or in caves, but population density makes such spots hard to come by.

Many people are afraid of bats and would panic if one flew into their home. But bats can have a symbiotic relationship with humans. They kill pests and they pollinate plants.

They bring all the perks of industrial mosquito spray (and more), with none of the downsides.

Plus, bats can be be pretty cute.