Game Developer Barbie Is a Big Hit Among Women in Tech

This iteration is a huge improvement over 2010's offensive Computer Engineer Barbie. 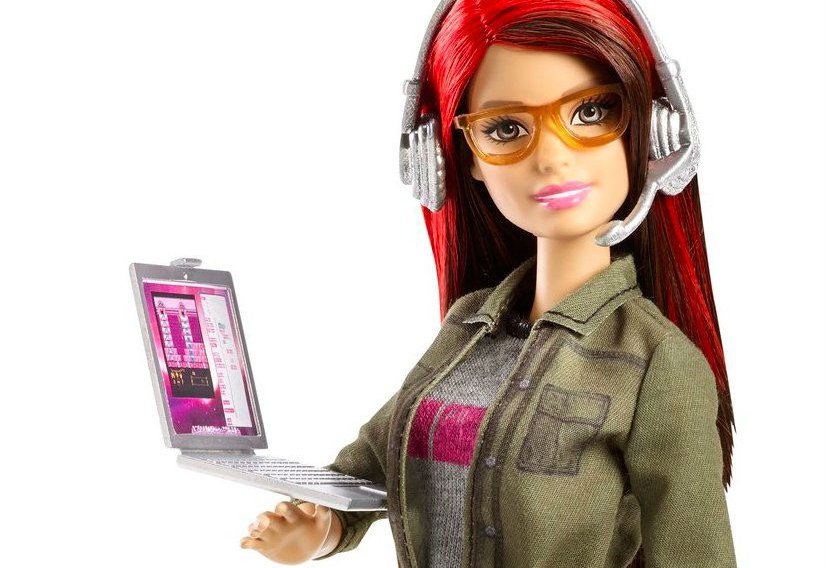 In recent years, we’ve seen Barbie take on a few new jobs. There is Firefighter Barbie, and Pilot Barbie. And now there’s a Game Developer Barbie. And with this creation, the iconic doll is finally taking tiny high-heeled steps toward gender equality.

The last time Mattel created a computer-centric doll, it was an epic failure. In 2010, the toymaker introduced Computer Engineer Barbie, which came with a book titled, “Barbie: I Can Be a Computer Engineer.” However the story revealed she could only design computer games, not actually build them. In the story, Barbie had to rely on her male friends Brian and Steven to actually build the game, as NPR shares in a book review blog.

Many women around the world face different obstacles than Computer Engineer Barbie when it comes to joining traditionally male dominated career paths.

One study found that 92 percent of software developers identify as male.

In this latest iteration, Barbie ditched the rosie laptop for a sleek silver machine. She went from blonde to a fierce red hair color and rocks comfy sneakers, casual jacket, jeans, and a tee. This is a much more realistic appropriation of female techies.

Proffitt helped ensure Barbie’s computer was complete with real code. You can see Javascript (the 3rd most demanded code for developers to know in the job market) on the front of Barbie’s laptop screen, thanks to Profitt’s input.

The new doll is so popular that Game Developer Barbie is currently sold out on Mattel’s website, and running for over $100 on Ebay, showing the high demand and value of girls and women in STEM.

What do you think of Barbie’s new makeover? Share your thoughts in the comments below.