Nation-wide reform has to begin. 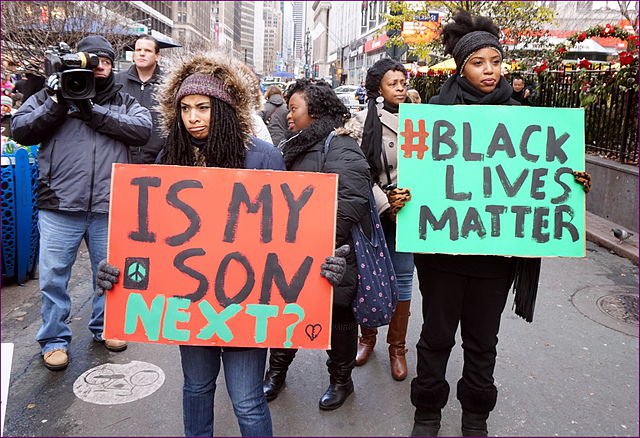 Thousands of people across the world are protesting against police brutality in the United States and globally.
Flickr: The All-Nite Images

The Baltimore Police Department arrests black people at a much higher rate than non-black people, a stunning report from the Department of Justice reveals.

Black people make up 65 percent of Baltimore, but are arrested for 91% of discretionary offenses like “failure to obey” or “trespassing.”

60 percent of the city’s drivers are black, but they account for 82% of all traffic stops.

410 pedestrians were stopped at least 10 times in the last five and half years. 95% of them were black.

These are just some of the litany of numbers that affirm what has been found throughout the country: black people are disproportionately targeted by law enforcement and have their rights routinely trampled upon.

The call for an investigation in Baltimore began last year, when 25-year old Freddie Gray died in the back of a police van. Since then, the city has been a site of grief and turmoil. The public was infuriated by the apparent murder and feared that the official response would, once again, be tepid — that, as usual, no consequences would befall the offending officers.

That fear proved prescient. All six officers standing trial for the murder of Freddie Gray were acquitted.

But that wasn’t the last of the Freddie Gray story, as the report makes clear.

The international outrage over his death, led by the Black Lives Matter movement, spurred the DOJ investigation — one of around 20 such investigations during Obama’s two terms. Other cities that have been investigated by the DOJ and were found to have abused their authority include: Cleveland, Los Angeles, Seattle, Washington, Cincinnati, Oakland, New York, Portland, and several others.

The problem of police misconduct driven by racial bias is rampant in the US and the DOJ has been on a quest to address and fix this.

Read More: How Technology Will Lead to Better (and Safer) Policing

“I’ve often thought of the reports as a necessary cathartic moment,” said Jonathan Smith, a former DOJ official who oversaw the Ferguson investigation. “Maybe an act of witness, where you give voice to people who wouldn’t otherwise have a voice.”

The Baltimore Police Department (BPD) revolves around a policy of “zero tolerance,” a form of broken windows policing that aims to reduce the big crimes by ruthlessly cracking down on small offenses.

Like other cities that have implemented a version of zero tolerance, this strategy has resulted in widespread abuse of power.

As the DOJ report says, “During the course of its investigation, the department found that the legacy of “zero tolerance” street enforcement, along with deficient policies, training and accountability systems, resulted in conduct that routinely violates the Constitution and federal anti-discrimination law.”

This constant  harassment, many argue, entrenches poverty and increases the likelihood of crime by making people desperate and ostracized from society.

For the people of Baltimore, the report is both a relief and a devastating corroboration of what they’ve always known.

Read More: What Black Lives Matter and the Global Goals Have in Common

For police reform to happen, racial bias has to end.