Baltimore Plans to Give 20,000 Eyeglasses to Low-Income Students

It looks like an easy fix to some longstanding academic problems.

Either because of a lack of money or an inability to go to exams, the deficient eyesight of children growing up in poverty often goes unaddressed.

So Baltimore has decided to address this problem with a city-wide initiative between public and private partners.

A mobile eye clinic is traveling to the city’s schools and conducting free exams for students. If a student has bad eyesight, she or he will be given glasses. 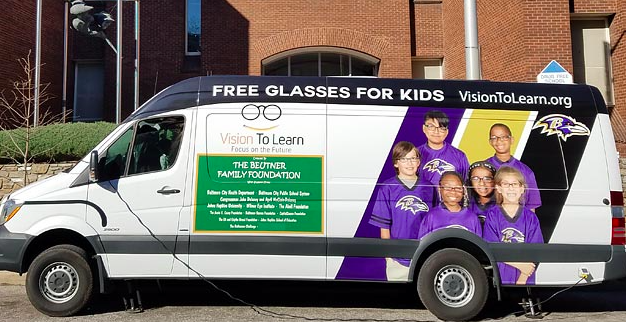 Researchers at Johns Hopkins University hope that this program will close literacy gaps between poor and affluent students.

“When the kids are wearing glasses and they’re doing better, the attendance is higher, and the standardized test scores have improved, then you can really make the argument for why this needs to be built into what schools do,” Megan Collins, a lead researcher in the study, told Politico.

In the program’s preliminary trial of several hundred students, 60% of second and third graders required and received glasses, according to Politico.

Read More: Over 500,000 Syrian Refugee Children Are Out of School

Reading proficiency improved so significantly that the program was expanded to cover the entire city.

“It is common sense that if students cannot see the board, they will struggle to learn,” Baltimore City Health Commissioner Dr. Leana Wen said in a press release. “Public health is about going to where people are to deliver critical services and provide care. Vision for Baltimore is about providing every child glasses who needs it, regardless of ability to pay, so that we can eliminate barriers to learning, level the playing ground of inequality, and set up all of our children for success.”

The campaign is an example of a public, private partnership designed to help people, which is a primary objective of Global Goal 17. Global Citizen campaigns on the Global Goals and you can take action on them here.

So far, 18,000 screenings have been conducted and 2,000 eyeglasses have been distributed, which is a quarter of the program’s goal of 8,000 glasses.

While the theory of the program is straightforward — identify bad vision and correct it — its implementation has run into some problems.

Oftentimes, parents don’t fill out forms for the glasses, according to Politico, either because they forget, don’t have time, or are wary of providing personal information to schools.

School administrators are trying to raise awareness of the program’s benefits to remove this obstacle.

By the end of the program’s run, researchers at Johns Hopkins hope to analyze a comprehensive data set and determine if the intervention was effective at closing educational gaps.

If it is, then mobile eyesight clinics could be sent to cities and towns throughout the country, improving vision, grades, and confidence.

So keep an eye out!