Baller Kid Saves $300 for an XBox, Buys a Well for an Indian Village Instead

If your name's Josiah Shaffer, odds are you’re a Global Citizen. 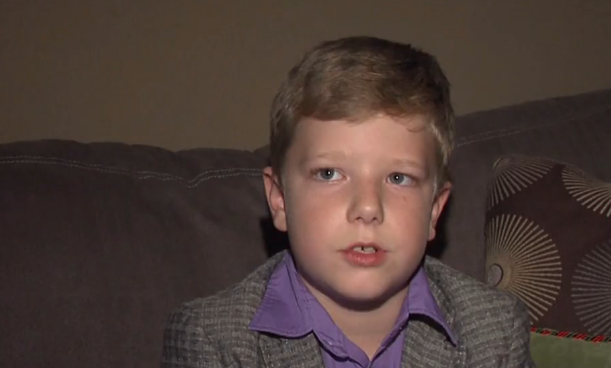 It’s safe to say 2016 has been a rough year for lots of people. All the better reason to put 9-year-old Josiah Shaffer, who is the embodiment of a Global Citizen, in the spotlight.

Shaffer, who lives in Fargo, N.D., spent much of 2016 putting money aside to buy himself an XBox. For each chore he did around the house, Shaffer earned 25 cents, which he put toward his goal.

But, as he closed in on his goal of saving $300, he changed his mind. He decided, instead, he’d buy a well village without water in India, instead.

Read More: 16 Books From 2016 That All Global Citizens Should Read

“If you think about it, there’s no reason for it to be that tough of a decision, really,” Shaffer told local news WDAY station. “It’s kind of a thing we all need to do. That we all should do. We need to give back to others who can’t help themselves.”

From the slums of Mumbai to Flint, Michigan, 663 million people around the world lack access to clean water, a basic human right. In January of 2015, the World Economic Forum deemed the water crisis the No. 1 global risk based on impact to society, which makes sense considering that contaminated water enables diseases like Chikungunya and Cholera.

But people-to-people aid organizations, like the one Josiah found called Well Water Ministries, help to change that, cutting through political red tape to implement wells directly for people in need.

An estimated 3,000 people will benefit from the well, WDAY reported, which is expected to last up to 10 years.

For his part, Shaffer said he’d make the decision again, but the feel-good story wouldn’t be complete without this amazing cherry on top.

Fargo boy who surprises a whole village with clean water, receives a surprise of his own https://t.co/DHzjRnuVZwpic.twitter.com/TnmUIvlW3E

Read More:Canadians Give Flowers To Muslim Woman in Subway To Counter Hate

When, by chance, another man named Josiah Shaffer, from Ohio, heard the story, he, too, decided he should pay it forward.

In a letter, the 35-year-old Josiah wrote to his 9-year-old counterpart that he was “a hero,” and that “giving water to the village is a big deal.”

And this week, he bought the young water-activist the XBox that he’d forgone in the first place.

“It comes full circle,” said Sue Shaffer, the mother of the younger Shaffer. “It comes back to you.”

At the end of the day it did for the young Global Citizen in the making. Both Josiahs should be proud; it’s small actions like theirs that quietly show how being global can truly make the world a better place.