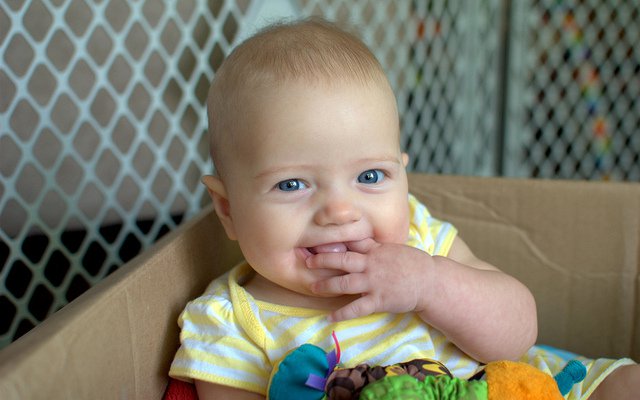 Nicola Sturgeon, the First Minister for Scotland, has announced new plans to give every new Scottish parent a “baby box” to send home with them and their newborn. The boxes, containing a variety of essential items, will be rolled out in a pilot program from New Year’s Day 2017, before expanding to reach the rest of Scotland later in the year.

The scheme has run in Finland for nearly 80 years. It was initially intended to cut child mortality rates and give all children an equal start in life. At the program's inception, approximately 65 out of every 1,000 babies in Finland did not survive infancy. Now, that number has fallen drastically to just 1.9, making it one of the best infant mortality rates in the world.

Read More: Why All Babies Should Come With a Box: Lessons from Finland

Included in the baby boxes will be nappies, toys, clothes, and a mattress to sleep on. Research has suggested that the foam bed, built into a cardboard box, will help curb cot deaths. Currently, almost 300 babies die every year in the UK due to sudden infant death syndrome (SIDS), which occurs when babies sleep in unsafe environments.

A new @theSNP government will learn from Finland to give every child the best start in life. #babybox#BothVotesSNPhttps://t.co/apcLyTfvla

Sturgeon first announced the plan in April, and used her closing speech at the Scottish National Party’s conference in Glasgow to clarify her position. She said that the boxes would act as a “symbol of a belief in a level playing field” for all babies, signifying a new age of childcare in Scotland.

Originally, the baby boxes in Finland were offered only to low-income families. But after just over 10 years, the scheme opened up to everyone. The box provides everything a newborn baby might need in its first few months of life. But most importantly, it’s a significant sign of equality. Irrelevant of their background, every single newborn baby will be born with the same basic neccessities and will have the same opportuntity to succeed. The baby boxes invest in early development, an essential introduction to give every child the best possible chance.

Listen to what Sturgeon had to say about it below: