The former UNFPA Director dedicated his life to fighting for women's health. 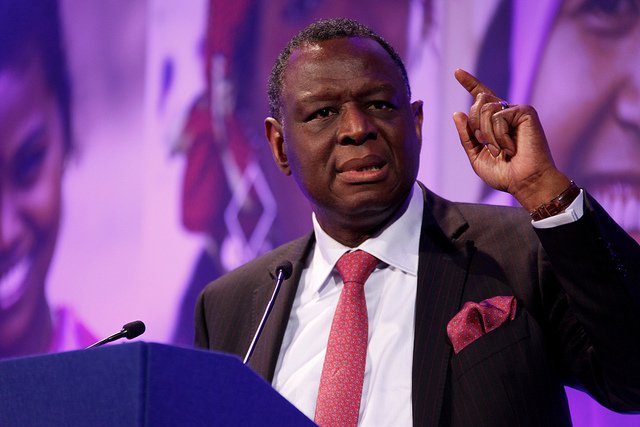 Global Citizen is deeply saddened by the passing of Dr. Babatunde Osotimehin, a global champion for women’s health and executive director of the United Nations Population Fund (UNFPA) since 2010.

UNFPA is the lead UN agency for delivering a world where every pregnancy is wanted, every birth is safe, and every young person’s potential is fulfilled.

Dr. Babatunde dedicated his life to promoting the sexual and reproductive health and rights of all women, preventing maternal deaths, ending harmful practices against girls and women, such as child marriage and gender-based violence, and taking action on HIV/AIDS.

Prior to leading UNFPA, Dr. Babatunde was the director-general of the Nigerian National Agency for the Control of AIDS and served as Nigeria’s minister of health from 2008-2010.

“Dr. Babatunde was admired globally for his leadership of the UN Population Fund and for his forceful advocacy for the world's women and girls in particular,” Guterres said.

His strong leadership especially gave voice to the 1.8 billion young people around the world. At the 2014 Global Citizen Festival, he addressed a crowd of 60,000 Global Citizens, urging world leaders to ensure the needs and rights of young people - including quality healthcare, education, and participation in decision making - were put at the heart of the Global Goals.

Read More: What Does Life Look Like Without Planned Parenthood? This New Joss Whedon Film Shows You

UNFPA’s work continues to be critical now more than ever, particularly in light of the United States’ reinstatement of the “Global Gag Rule,” which has the potential to impact more than $8 billion in funding for women’s health and to organizations that provide critical women’s health services.

Dr. Babatunde’s inspiring legacy and commitment to global health will no doubt continue to positively impact the world’s poor.