Young people may have the solution 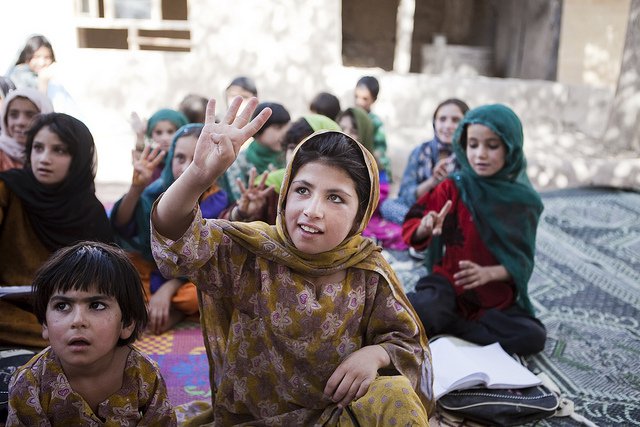 Around the world, emergency situations are disrupting the education of millions of school aged children.

Natural disasters, wars and civil conflicts make it near impossible for 75 million children in 35 countries to access the education that they deserve.

Australia’s largest youth-run organisation Oaktree, have recently announced the Education in Emergencies University Challenge, which will run in partnership with Department of Foreign Affairs and Trade (DFAT) and Innovation Xchange.

The Education in Emergencies Challenge asks students to come up with innovative ideas to combat the issue of providing education in emergency situations.

The program is designed to revolutionise the way governments deal with education facilities in war and civil conflict, and put students at the forefront of creating bold ideas to deal with these issues.

Rose O’Leary, the Project Lead for Education in Emergencies at Oaktree, has been the driving force behind the strategy and training behind the Challenge. She says that this Challenge offers an incredible opportunity for Australian youth to make a lasting impact on the lives of their peers around the globe.

“We think that university students have a really unique perspective on this because we are in fact going through education. Your idea doesn’t necessarily need to be something super spectacular, but you never know, your idea could be the one to change the lives of millions of people.” she said.

The Challenge is aimed at young people and applicants must be between 18 and 28 years of age. The top twelve shortlisted applications will have their ideas reviewed by a panel of experts within the development sector.

The panel will include representatives from Engineers Without Borders, UN Youth and Solar Buddy. Following this, six applicants will be flown to Canberra to pitch their ideas to DFAT and Innovation Xchange.

We are launching the Education in Emergency Uni Challenge today, check out https://t.co/xDaTxWxQMM! @dfat_iXc@AusMIKTA@OPENideopic.twitter.com/6B7XRHPr3E

O’Leary says that this Challenge is symbolic of a shift in the conversation about youth and their engagement in global development.

“It’s important to not only look at the ideas and thoughts of experts but to also look at the ideas of people who are actually going to be able to provide really insightful submissions into these things as well,” she said.

Oaktree are currently working to draw attention to the importance of youth participation in the development sector, both internationally and domestically. Recently two Oaktree volunteers travelled to Papua New Guinea to launch a report on the country’s current youth bulge.

In 2011, more than half of the PNG population were under 25. Although this enormous youth population will involve serious challenges, it also represents a significant opportunity for the country. If government’s take the correct approach, there is the potential to harness the unique skills, experiences and perspectives of young people in the country.

Similarly, in Timor Leste, the youth population is huge, with 60% of the population under 25 years of age. Considering this huge youth bulge in the population of many countries in the Asia-Pacific, making an effort to educate, empower and engage youth will be more important than ever.

Applications for the Education in Emergencies Challenge will be open until the 17th September. To learn more about the Challenge, head to www.eieunichallenge.com