The cafe run by women has caused quite a stir 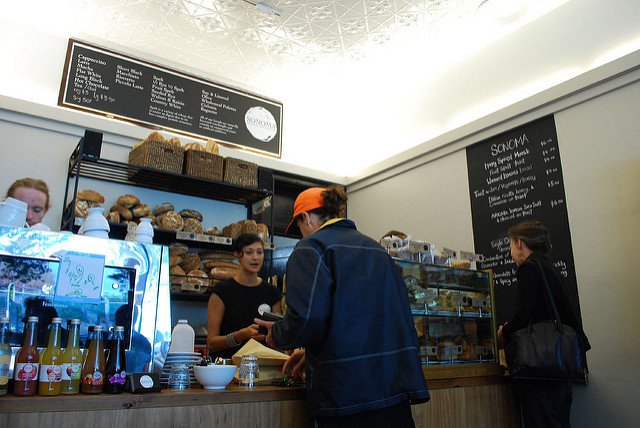 For one week each month, a cafe in Melbourne, Australia, charges its male customers 18% extra. The "gender surcharge" is their way of drawing attention to the pay-gap between men and women in Australia.

The cafe is called Handsome Her and as part of their "house rules" also offers priority seating for women. The cafe’s other house rules are listed on a chalkboard for customers to see.

“House Rules, Rule #1: Women have priority seating. Rule #2: men will be charged an 18% premium to reflect the gender pay gap (2016) which is donated to a women’s service. Rule #3: respect goes both ways.”

Fighting the gender pay gap, one coffee at a time. https://t.co/f6n66WVe2B

Would LOVE everyones thoughts on this. My friends cafe in #Brunswick, Handsom Her - is for women by women AND an has a 18% gender tax! pic.twitter.com/tVSX3PO4q8

According to research conducted in 2016 by Australia’s Workplace Gender Equality Agency, women in Australia who work full-time, experience a 17.7% pay discrepancy.

Cafe owner Alexandra O’Brian told Seven news that if customers are not comfortable paying the extra surcharge they won’t “kick them out the door,” it’s just their opportunity to do some good. Before being billed, men are asked if they would like to pay the voluntary surcharge.

“There’s been nothing but positivity from everyone, males and females,” she told Broadsheet Melbourne. Men have so far been happy to pay the extra charge with some even giving a further donation.

The idea came out of a discussion between the staff about ideas on how they could raise money for women’s charities.

The extra money the cafe raises through the surcharge will be donated to women’s support services and a range of charities. The first organisation to receive donations will be Victoria-based Elizabeth Morgan House, that supports Indigenous women and children who have experienced family violence.

This is not the first time this little vegan cafe in Brunswick has been in the news. They have also been saluted for fighting the war on waste by having an entire wall of "emergency" mugs for customers to borrow instead of using disposable take away coffee cups.

Brunswick cafe, Handsome Her are taking a stand against waste, aiming to steer clear of disposable takeaway cups: https://t.co/8jucnIQEVW

The idea to highlight the pay discrepancy caused a stir on social media, with some even claiming it’s discrimination.

This makes me sick. What the hell is wrong with these stupid women. Rules for men to enter? It's like a sheba cafe👎

Call out to all #tradies! If you do work at Handsom Her, charge 18% extra! Feminism tax! Then get them to make you a sandwich. 😂 #Melbourne

It is stereotyping and showing prejudices against Men and for Women. #StopIt#EqualityforAll#doublestandards

But if it’s all in good fun, as the cafe owner says it is, and it’s just about sparking conversation about inequality the gender pay-gap, then what could be wrong with that?