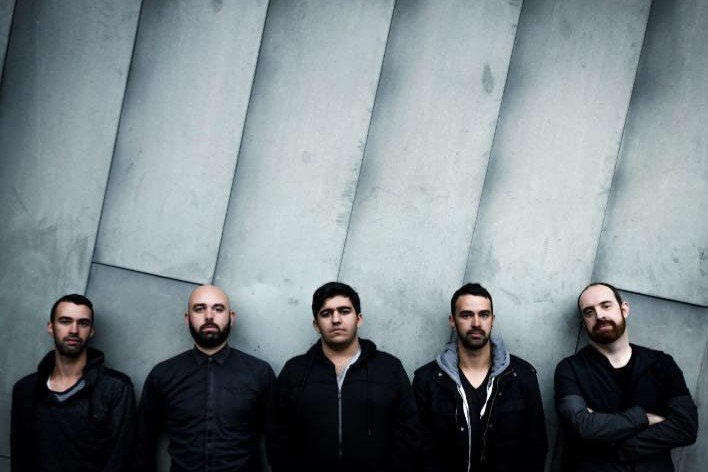 The Syrian war has gone on for more than five years.

Since the outbreak of the brutal Syrian conflict in 2011, 11 million people have fled their homes and 13.5 million are in need of humanitarian assistance within the country. Half of those affected are children who have experienced more hardship, devastation, and violence than any child should. With well over 250,000 deaths, it is no shock that this has been described as the worst humanitarian crisis since World War II.

These are numbing statistics, and the crisis worsens each day.

For those not directly affected by the conflict, it’s easy to forget that it's happening and that everyone has a role to play in ending the suffering and violence in Syria.

But not everyone is sitting back. Ending this global crisis is something that Melbourne five-piece band, Phoenix Day, is passionate about and they're using their music to help spark conversation around the subject.

With the release of their new single "Stronger," the band aims to inspire people to take positive action, rather than make people feel guilty about what they're not doing.

The initial concept for the song began as a response to the 2015 European refugee crisis and other ongoing conflicts that continue to plague our planet. With the intention of reaching as many people as possible, the song’s lyrics and music give listeners a sense of positivity, strength, and unity.

In a recent interview with Global Citizen, the Meyer brothers opened up about their feelings on the Syrian conflict and how it influenced the song. “It's one of the worst humanitarian crisis’ the world faces today, one that has global repercussions, and we really feel like we have a responsibility to try and do something about it,” the band said in a statement. “We've always been compelled to use our music as a platform to bring about positive change and ‘Stronger’ was no different.”

Since the issue of refugees and migrants is controversial in Australia, the band wanted to motivate people to be informed about the matter saying “we know it's an incredibly complex situation but putting it in the ‘too hard basket’ is good for no-one. The more we can understand, the less we fear and the better equipped we become to make a real difference. At the core of it all we have humans, and sometimes we just need to be reminded of the capacity of the human spirit.”

The fact that the conflict isn’t taking place in Australia is no excuse for members of the band, as they consider themselves Global Citizens. As guitarist Christian Meyer sees it, “borders exist, and while they may serve a political purpose, they're often far too obvious. If you zoom out far enough you see that we’re all sharing this one, amazing little planet, and the idea of being a citizen of the world has resonated with me and my brothers for our whole lives. It makes so much sense to us all.”

Oftentimes, people feel overwhelmed by the crisis and don't know how to act.

“It's so easy to become overwhelmed and feel helpless with the state of things and often people want to help but they don't know how or don't think they can make a difference," according to the band. “Information is everything. But it has to be the right information. Education is vital, and that's something we can all do - we can educate ourselves.”

Phoenix Day’s song ‘Stronger’ serves to remind people that while the tragedy is not over, we are all so much stronger than we think we are and united, we can make a difference.

Phoenix Day will be officially launching the single on Friday, 9 September at Cherry Bar in Melbourne, Australia.