In South Australia, a primary school’s fundraiser to educate girls in Africa has raised more than $275,000, breaking the donation record for the charity, One Girl.

One Girl is a Melbourne-based not-for-profit organisation with a mission to educate 1 million girls in Africa.

Craigburn Primary School participated in One Girl’s “Do It In a Dress” campaign by hosting a charity event where students and teachers were encouraged to wear dresses for a day and bring a gold coin donation.

The school’s humble fundraiser has an unlikely source to thank for the influx of donations: Conservative Parliamentarian Senator Cory Bernardi. He criticized the effort as "gender morphing" on Twitter, which sparked a wave of support.

Donations flooded through from around the world, including from Australian comedian Josh Thomas who made a generous donation and demonstrated his support for the school by tweeting:

These kids were being sweet, compassionate and kind. Their cause is worthy. I'm going to donate $1000 to support them.

The amount raised has skyrocketed to over $275,000 surpassing the school’s original goal of $900 by more than 300 times after it went viral. This allows for more than 900 girls in Africa to be provided with scholarships.

Craigburn Primary breaks record with Do It In A Dress campaign following Bernardi backlash https://t.co/Aia5EbUacHpic.twitter.com/pLE6HURptZ

Do It In a Dress: Students wear dresses to school to raise money for @onegirlorg@morgankoegel#sun7pic.twitter.com/xjBiATNVms

The chief executive of One Girl, Morgan Koegel travelled to Adelaide to personally thank the students for their efforts.

One Girl’s “Do It In A Dress” campaign has been running annually for six years, taking place between August and October to fund education for girls in Africa, to purchase books and stationery, uniforms, etc. Participants wear a school dress while completing their day-to-day activities and partake in fundraising. The school dress is viewed as a symbol of empowerment in developing countries.

Many prominent Australians including celebrities, chefs, and comedians such as Dave Hughes have previously participated in the campaign. 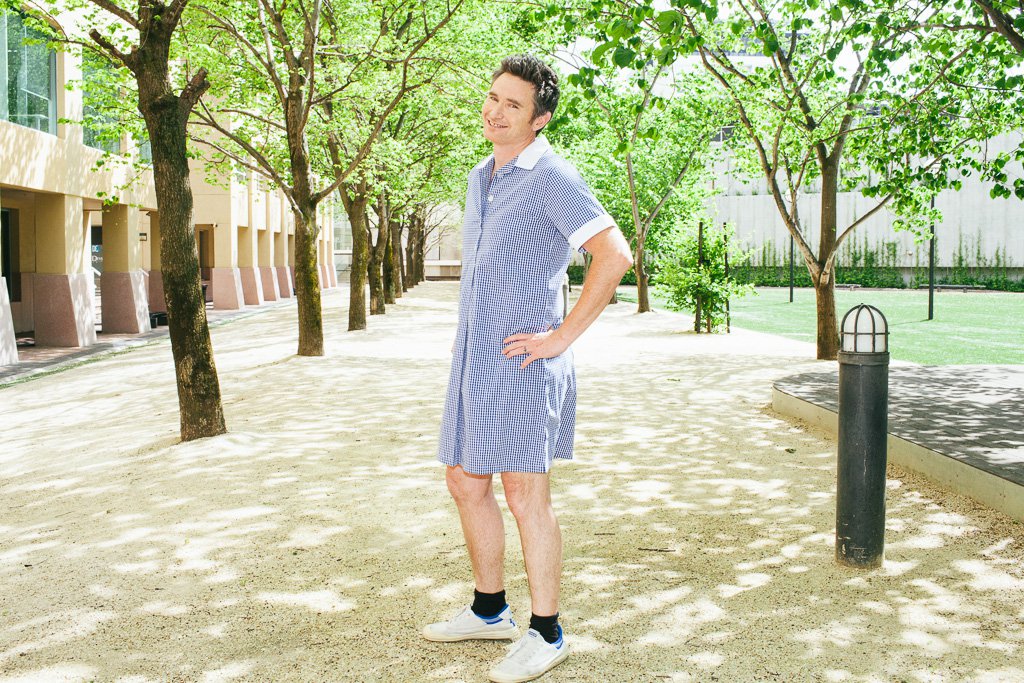 A growing number of businesses and schools have signed up to host their own “Do It In A Dress event” including the US, Canada, New Zealand, and around Australia.

Principal of Craigburn Primary, Paul Luke, also participated by wearing a dress and told the ABC, “The level of excitement with our students has been just amazing. They’re in awe of the amount of money they’ve raised but, more importantly, the translation of the money into the number of girls who are now able to be educated in Africa.”

'They (the students) were really excited about the girls that they were raising money for and the focus became more so on the cause itself. They really weren't concerned about the political and social commentary.'

Read More: Girls Will Run The World on the International Day of the Girl

“This week started with something that could have been negative, but we are left with nothing but pride," Koegel expressed. "The kids were so excited to be in their dresses and I’m so proud because while it got so much attention, people were inspired about knowing that there are girls in Africa who cannot go to school.”

According to One Girl, it costs as little as $300 to educate a girl in Uganda and Sierra Leone for an entire year. For every year of education she receives, a girl will increase her income by 10-20% and she'll invest 90% back into her family.

Access to education also reduces the chance of dying in childbirth, getting married at a young age, being a victim of violence or dying due to a preventable disease.

Global Citizen campaigns on providing equal opportunities and rights for women and girls around the world, knowing that they play a critical role in ending extreme poverty. You can take action here.