Are we prepared for an aging population?

“The true measure of any society can be found in how it treats its most vulnerable members.” - Gandhi.

To that end, there are many organizations, international bodies, and individuals who are dedicated to serving the needs of the world’s most vulnerable people. They campaign for indigenous people’s rights. They work to ensure all children have access to school regardless of their geography. They build healthcare systems in the world’s most remote areas. They promote gender equality.

It’s impossible to choose which cause is greater, or which community is needier, because they all matter equally. But as I think about the different communities who are served by civil society, I can’t help but notice one group is decidedly missing from the list.

I’ll give you a clue. Globally, over 860 million people fall into this group, and by 2050, they’ll represent 22% of the total population, or a whopping 2 billion people.

I’m talking of course about the “elderly,” for a lack of a better word. For the purpose of this article, that includes all people over 60 (you too, mom and dad).

In developed countries like the US, you hear a lot of talk about how more people living longer than ever before. Just today I read that 1 in 4 people born in the UK will live to be 100. I’m still trying to wrap my head around that.

What a lot of people don’t realize, however, is that this trend extends to developing countries as well. This is great news and should be seen as a reflection of progress. However, an aging global population also presents us with new challenges as we work towards eradicating extreme poverty.

I recently read Dr. Atul Gawande’s Being Mortal: Medicine and what matters in the end (a great book that I highly recommend). In it, Dr. Gawande confronts the issue of people living longer head on. He shares the many problems that come with it like expensive medical bills, unfamiliar family dynamics, and the question of housing. Then, he argues that we need to come up with new solutions to address these complications so that people can continue to live with dignity for the remainder of their lives.

Dr. Gawande offers many examples of people he’s known, most of which have lived in the US where he resides. Through these examples it becomes apparent how unprepared we are to address the needs of the elderly. And for the most part he’s talking about the US, where the elderly have access social security and health programs like Medicare. It got me thinking- if a developed country like the US is struggling to adequately respond to our growing population, what must it be like in poorer countries? 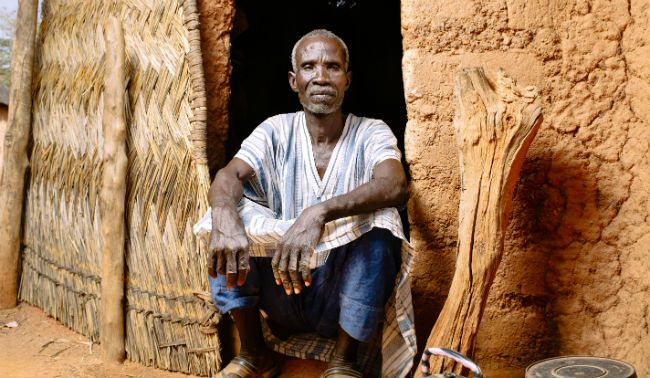 HelpAge reports that of the over 860 million people living around the world, 70% live in developing countries. Of these, 80% have no regular income, and less than 5% receive a pension.

Does that mean that 80% of the elderly in developing countries are just sitting around, enjoying a relaxing match of Bingo? Not quite. In fact, older people around the world contribute to their families and communities in multiple ways through paid and unpaid employment. In Zimbabwe and Namibia, for instance, as many as 60% of children who have been orphaned as a result of AIDS are raised by their grandparents. This trend is common even in families that still have both parents. As parents search for work, sometimes far from home, grandparents often step in to take care of children.

Despite the fact that many older people want and need to work, barriers like discrimination in the workplace are all too common, making it difficult for older people to support themselves. And, just as Dr. Gawande highlighted some of the challenges experienced by older people in the US, older people in poorer countries are faced with a unique set of challenges.

In addition to age discrimination, health problems, rights abuses, and gender issues are all experienced by the elderly. Older women who have lost their husbands, for instance, find themselves in a difficult situation. In countries like Burkina Faso, widows see their status in the community drop after their husbands die. They may have their property and possessions taken from them, and, viewed as property themselves, they could even be passed along to marry their husband’s brother- against their will.

Extreme weather and emergencies can also be especially dangerous for the elderly. When older people are unable to access their medication or their health care provider due to bad weather or an emergency, chronic diseases get worse- fast. And during emergencies, older people tend to be less able and willing to flee. Hurricane Katrina was a prime example of this, as 75% of deaths occurred among those 60 or older.

As we face the reality of an increasingly older global population, it’s clear that we need to take the unique needs of older people into account. No community will be able to lift itself out of poverty so long as the elderly are excluded. However, by eliminating age discrimination, providing opportunities for older people to earn income, and developing safety nets, older people will be able to remain active, contributing members of their communities while aging with dignity.