Your newsfeed just got political.

The excuse that you don’t know how to contact your local political representatives, and get involved in politics, just got a lot flimsier.

Now, anybody with a Facebook account (that would be about 58% of the adult population, or around 140 million people) has access to a new Town Hall function that makes contacting political representatives as easy as clicking a button.

Take action: Ask Your Representative to Support Increased Access to Water and Sanitation

The Town Hall tab appears in the drop down “explore” menu on the left hand side of your Facebook account. Users are prompted to share their address, and Facebook will provide a list of local, state, and federal representatives for their home district. 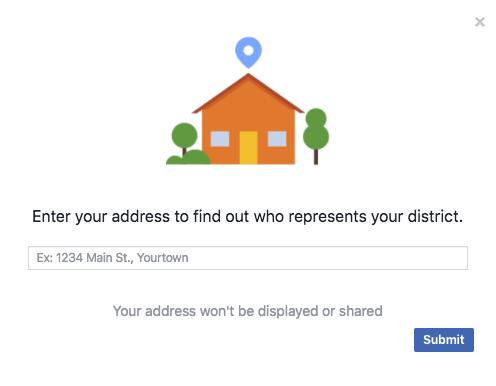 With just one click, Facebook users are able to follow all of their representatives, which means politicians’ posts will show up in their newsfeeds — hopefully with as much regularity as animal memes and friends’ vacation pictures do.

Read more: This App Makes It Easier Than Ever to Contact Your Lawmakers

The effort comes as part of Facebook’s “Building Global Community” initiative, which, at least in part, aims to “help people build a civically-engaged community in a world where participation in voting sometimes includes less than half our population.” 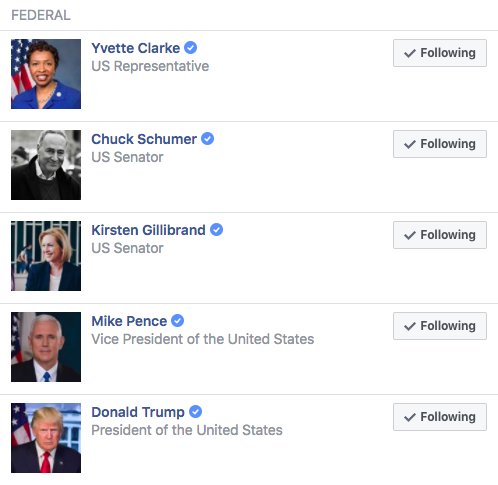 Since the election, the United States has seen a huge upsurge in political activity — in many different capacities.

Facebook’s Town Hall is trying to keep up the momentum.