The 'World’s No.1 Anti-Vaxxer' Was Denied an Australian Visa

“People who are telling parents that their kids shouldn't be vaccinated are dangerous people.” 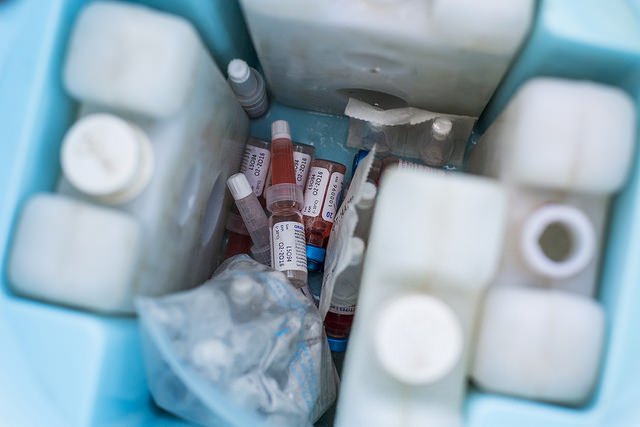 American author and anti-vaccine advocate Kent Heckenlively won’t be visiting the Land Down Under this December.

The Australian government has declined to issue Heckenlively, who describes himself as the “world’s No.1 anti-vaxxer,” a visa to enter the country for his speaking tour.

“Kent’s not got any travel plans to Australia because we’re not going to allow him to come here – we’re not going to issue a visa for this particular individual,” Immigration Minister Peter Dutton told Sydney-based radio station 2GB. “It’s clear to me that it’s not in our national interest that he should come here.”

Heckenlively is one of the loudest voices in the anti-vaxxer movement, which regards childhood vaccines suspiciously and believes they might be linked to autism. Some members of movement argue that children should not be vaccinated for potentially devastating, but preventable, diseases like measles and polio.

Read more: Everything You Need to Know About the Anti-Vaxxer Movement

Global Citizen campaigns to ensure vaccines are affordable and accessible to all because 1.5 million children die before their fifth birthdays every year from preventable diseases, according to UNICEF.

In 2015, 15 children died from measles every hour, according to the World Health Organization. Those deaths could have been prevented by the vaccine against which Heckenlively advocates.

Read More: 5 Vaccine Myths That Are Completely Not True

Australia has strict laws around child vaccinations and they are serious about making sure every child is vaccinated against preventable deadly diseases.

“If we don’t get herd immunity within kids across society, we will see children dying,” Dutton has said.

In January, the government implemented a “no jab, no play” policy that requires children to be vaccinated in order to attend kindergarten and daycare.

Read more: In Australia, Kids Will Have to Be Vaccinated to Start Kindergarten

"These people who are telling kids, telling parents that their kids shouldn't be vaccinated are dangerous people," Dutton told 2GB.

Last month, the Australian government also banned two other anti-vaccination campaigners from entering the country for a period of three years, the BBC reported.

Australia recently launched a $4.3 million (AUD$5.5 million) campaign to combat the anti-vaccination movement in Australia, according to ABC News Australia. The campaign aims to provide parents with easy access to evidence-based information that supports the safety of and need for vaccinations for children.

You can take action to ensure affordable life-saving vaccines are made a priority in reaching every child here.