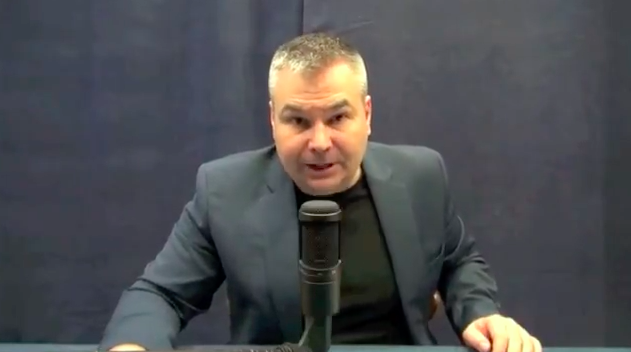 The man who once accused a Muslim MP of being a terrorist was arrested and charged with a hate crime on Monday.

Johnston then goes on to say he believes Khalid wants sharia law implemented in Canada, that she’s angering the “gun nuts” in the country, and that he’ll be there smiling and writing the story when she gets shot by a “Canadian patriot.”

Johnston has called for the ban of the the Qur’an in Canada and has referenced Islam as being “as evil as it gets.” He also lobbied against the construction of a mosque in Mississauga in 2015, and posted a video earlier this year offering a reward of $1,000 for videos of Muslim students praying.

Johnston was arrested and charged with “one count of wilful promotion of hatred against an identifiable group.”

Sgt. Josh Colley said that the arrest was not made based on one specific video or event, but that it comes after a five-month investigation involving "numerous incidents reported to police," according to CBC.

"It's not a private message that he was conveying, it was a public message ... Anyone could hear, understand the messaging, so that's where the communicating hateful messages comes into play," Colley told CBC Toronto.

Johnston was released on bail, but is due in court in September. The anti-Muslim activist could face up to two years in prison, according to the Criminal Code Section 319 (2).

"There was no real crime committed," he said in an email to CBC Toronto.

He said that he plans to continue his plight against M-103, the motion that condemns Islamophobia and religious discrimination in Canada.