The star gave a powerful speech at the Human Rights Campaign dinner. 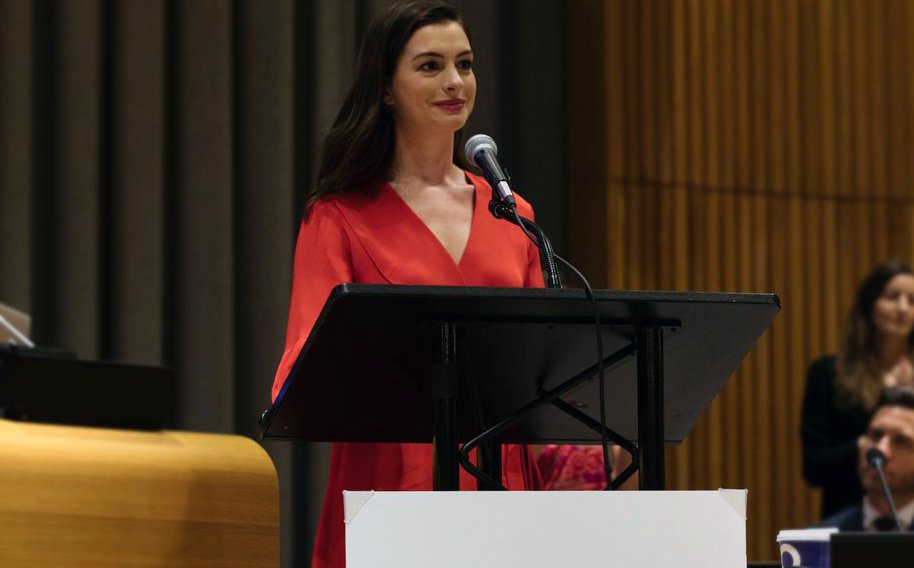 Why Global Citizens Should Care
People around the world still face discrimination based on their sexual orientation and race on a daily basis. Actress Anne Hathaway is committed to using her position of power to speak out against these injustices. You can join us in taking action here.

The award-winning actress delivered a moving acceptance speech while receiving the National Ally for Equality award at the Human Rights Campaign national dinner in Washington, DC, Saturday night, according to the New York Post.

Hathaway’s Ocean’s 8 co-star Awkwafina introduced the actress with a history of her background in activism.

“She’s a true friend to the LGBTQ community,” she said, before pointing out that Hathaway has been vocal about equality from the beginning of her career, and donated the sale of her wedding photos to fund the fight for marriage equality.

“Anne walks the walk,” Awkwafina told the crowd about the star.

Read More: 9 Battles the LGBT Community in the US Is Still Fighting, Even in 2017

When Hathaway finally took the stage, she was already fired up by former Vice President Joe Biden’s speech earlier that night, according to the Post. Biden admitted he wished he’d supported LGBTQ rights sooner in the face of the Trump administration’s various rollbacks.

nothing but respect for my lgbtq+ icon and human rights activist, anne hathaway A.K.A. MY QUEEN OF GENOVIA pic.twitter.com/Gc16FlKHOC

“I think I’m probably walking around like most people right now. I’m pretty shell-shocked by what I see every day, what I hear every day. And I really don’t like to admit this, but I get scared,” Hathaway opened up.

Anne Hathaway is the definition of what it means to be an ally for equality. @HRC is proud to present her with our National Ally for Equality Award at this year’s #HRCNationalDinner. pic.twitter.com/QnWnbRZNcL

Hathaway went on to call out white privilege, a topic she recently received both public backlash and support for addressing on social media.

“It is important to acknowledge with the exception of being a cisgender male, everything about how I was born has put me at the current center of a damaging and widely accepted myth,” Hathaway said.

“That myth is that gayness orbits around straightness, transgender orbits around cisgender, and that all races orbit around whiteness,” she explained.

Hathaway attributes her understanding of straight privilege to her relationship with her gay older brother and spending time with the LGTBQ community.

Read More: Here’s How Women Can Have It All, According to Anne Hathaway’s UN Speech

“I appreciate this community because together we are not going to just question this myth, we are going to destroy it,” Hathaway said defiantly.

“Let’s tear this world apart and build a better one,” she concluded.