"This is the worst devastation I have seen in all my years working with UNHCR."

Angelina Jolie visited Mosul and other devastated cities in Iraq this weekend, urging the world not to forget about the region.

The UN special envoy and Oscar-winning actress made her fifth trip to the country with UNHCR, the UN Refugee Agency — this time touring areas previously held by ISIS and meeting with with Syrian refugees, according to Reuters.

“This is the worst devastation I have seen in all my years working with UNHCR. People here have lost everything,” Jolie said in a statement.

“They are destitute. They have no medicine for their children, and many have no running water or basic services,” she continued. 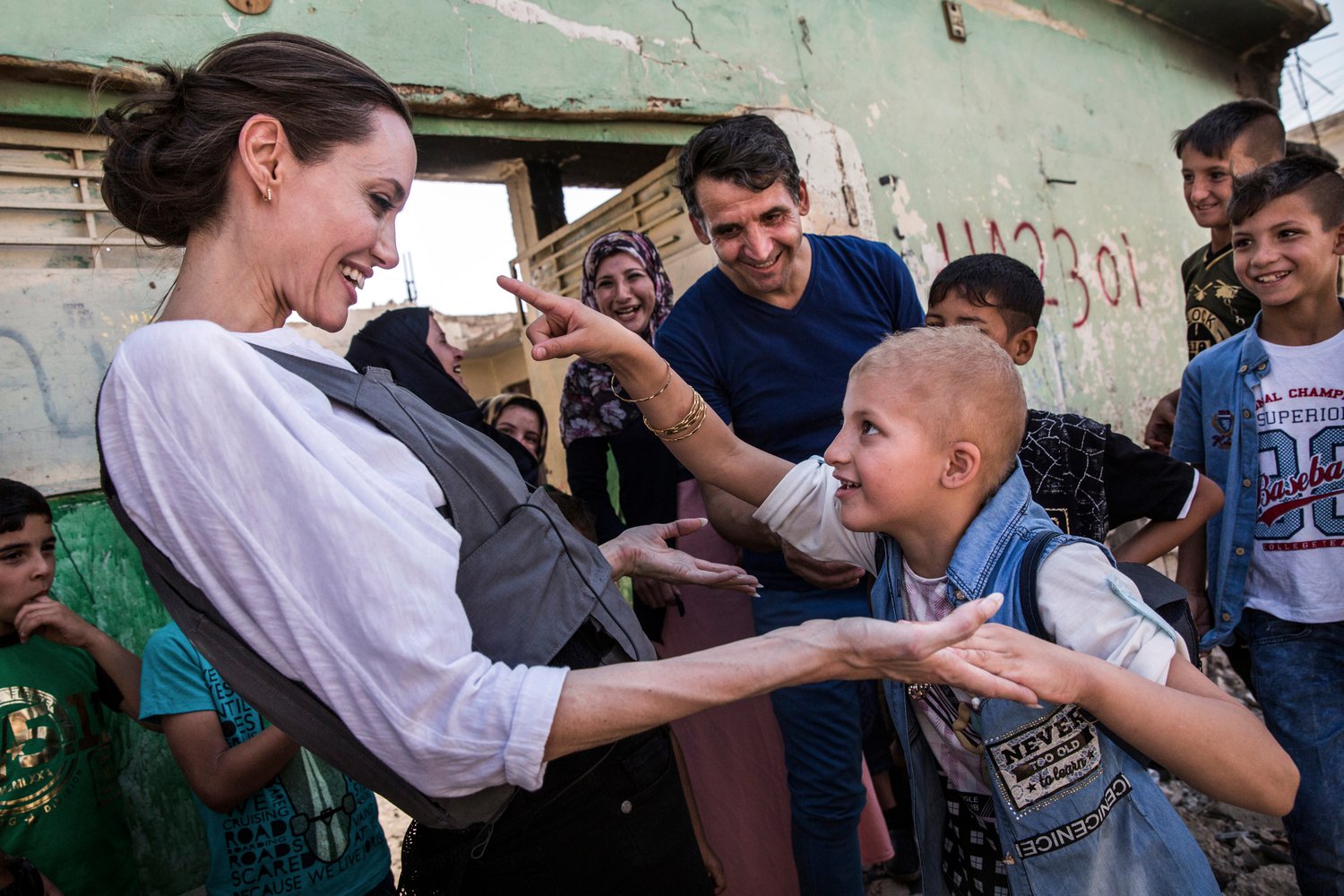 Angelina Jolie meets Falak, 8, during a visit to West Mosul with UNHCR Special Envoy, on June 16, 2018. Falak has a gene disorder and PTSD, she spoke to Jolie about seeing a man killed in front of her during the ISIS occupation of the city.
Image: Andrew McConnell/UNHCR

The Domiz Camp, located in the Kurdistan Region of Iraq, is currently home to 33,000 Syrian refugees displaced by seven years of civil war.

But funding for UNHCR has fallen dramatically, the actress said in a news conference.

“There are terrible human consequences. When there is not even the bare minimum of aid, refugee families cannot receive adequate medical treatment. Women and girls are left vulnerable to sexual violence, many children cannot go to school, and we squander the opportunity to invest in refugees,” she told reporters.

UNHCR will soon release its annual figures that show that the number of displaced people globally, and the duration of their exiles, are “the highest they have ever been,” she said.

Families have been in refuge so long they’ve turned what was once a tent city in the Domiz Camp into a neighborhood of concrete homes.

“This is the worst devastation I have seen in all my years with UNHCR.”
--@Refugees Special Envoy Angelina Jolie met displaced families in West Mosul as they return to the city after its liberation from ISIS https://t.co/Nggr4seQ3Epic.twitter.com/7pvUTubRI1

“It is deeply upsetting,” Jolie said in a statement released by the UN, “that people who have endured unparalleled brutality have so little as they try, somehow, to rebuild the lives they once had.”

Global Citizen campaigns to help refugees, and you can take action on this issue here.