"It is cheaper than a bullet and has lasting consequences." 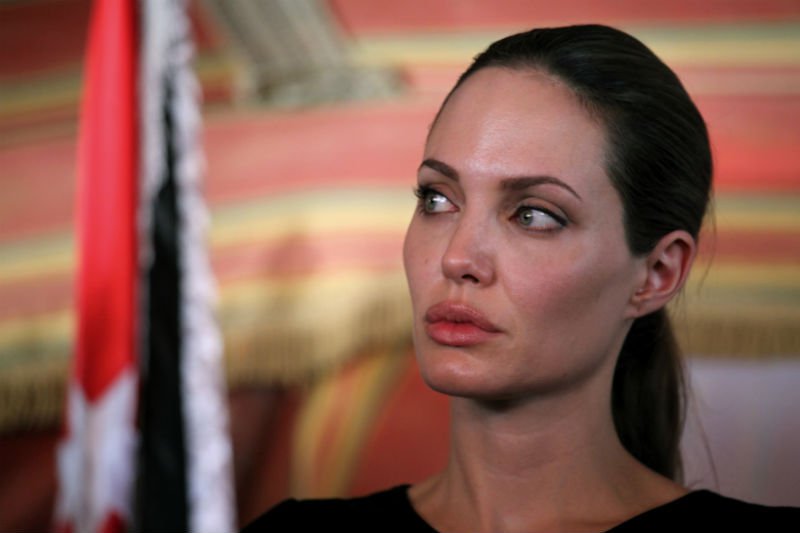 One of the strongest voices in Hollywood has finally spoken out on the topic that has gripped the industry over the past two months: sexual violence against women.

Angelina Jolie delivered an urgent call for an end to sexual violence in all industries around the world during a speech at a United Nations conference in Vancouver on Wednesday.

“Sexual violence is everywhere — in the industry where I work, in business, in universities, in politics, in the military, and across the world,” Jolie said.

“All too often, these kinds of crimes against women are laughed off, depicted as a minor offense by someone who cannot control themselves, as an illness, or as some kind of exaggerated sexual need,” Jolie, who also holds the title as special envoy for the UN's refugee agency, UNHCR, said. “But a man who mistreats women is not oversexed. He is abusive.”

The Hollywood actress took the issue a step further, noting how sexual violence against women is often used as a form of warfare and how it prevents women from achieving full equality and human rights in many places around the world. Global Citizen campaigns to end gender violence and enact laws that ensure women and girls have the same protections as men everywhere in the world; you can join our efforts by taking action here.

Jolie cited the sexual crimes against the Rohingya refugees fleeing Myanmar as an example of gender violence is “a critical obstacle to achieving women’s equality and our full human rights."

“It is cheaper than a bullet, and it has lasting consequences that unfold with sickening predictability that make it so cruelly effective,” she explained.

Jolie didn’t reference Harvey Weinstein or the sexual abuse scandal in Hollywood by name but spoke about the insidious way crimes against women prevent women’s equality. She has previously spoken about Weinstein to the New York Times, saying she had a “bad experience” with the Hollywood mogul.

On Wednesday she called for an end to sexual violence to a conference of UN Peacekeepers, a group that has had members accused of sexual violence in the countries they are supposed to be protecting, according to The Guardian.

“This is rape and assault designed to torture, to terrorize, to force people to flee, and to humiliate them. It has nothing to do with sex. It has everything to do with the abuse of power. It is criminal behavior,” the actress and humanitarian said.

Jolie urged the UN to work toward ending sexual violence once and for all.

"[It's] hard, but it is not impossible,” she said. “We have the laws, the institutions, and the expertise in gathering evidence. We are able to identify perpetrators. What is missing is the political will.”