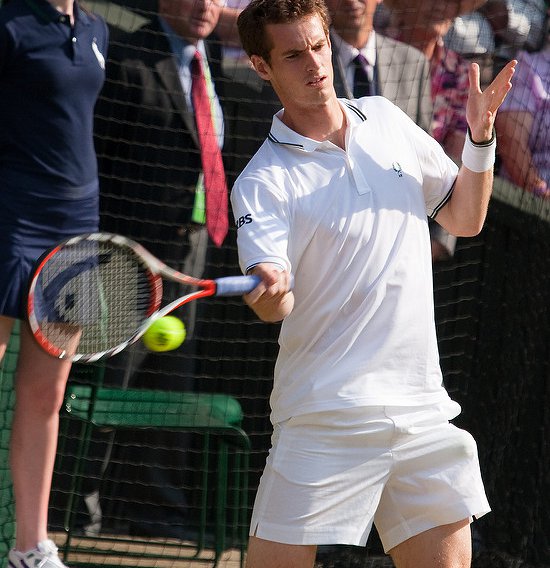 The No. 1 ranked player couldn’t quite close in on the American Sam Querrey in this year’s Wimbledon quarterfinals, but at the post match press conference, Murray was quick to shut down a reporter’s subtly sexist comment.

Take Action: Sign the petition urging governments to comprehensively look at their laws relating to rape, sexual violence and abuse.

“Sam is the first US player to reach a major semi-final since 2009, how would you...", asked a reporter,but Murray swiftly interrupted.

"Ah yes... Male player. That's for sure," responded the journalist, likely recalling the various American female tennis stars — most notably Venus and Serena Williams — who have dominated championships for years.

Murray may have lost the match against Querrey, but he won immense praise on the internet for his “ feminist” response to the journalist’s “casual sexism.” His mother, Judy weighed in too, tweeting, “that’s my boy.”

Murray is most definitely is not amused.

Sir Andrew Murray is NOT amused with your casual sexism! #wimbledonpic.twitter.com/a6pTpHCFSr

Say what you will about Murray but so rare is the male athlete whose brain is so automatically programmed to credit accomplishments of women https://t.co/R29XBCGeEl

Rhodes is right, this isn’t the first time that male athletes have minimized the accomplishments of their female counterparts. Just last month, when asked if he thought 23-time Grand Slam winner Serena Williams was the best-ever tennis player, retired seven-time Grand Slam winner John McEnroe said Williams would be ranked “like 700” if she played against men.

Murray, on the other hand has a track record of calling out these instances of sexist language.

My favorite genre is Murray doing this to reporters pic.twitter.com/CKs8HS0Fn7

Serena Williams is keenly aware of the male-centric standard for success in athletics. In 2016, she told ESPN, “if I were a man, I would have 100% been considered the greatest a long time ago.”

“We should always be judged by our achievements, not by our gender,” Williams wrote in a letter addressing sexism, and speaking out against gender inequality is the first step.