An impending disaster in Fallujah 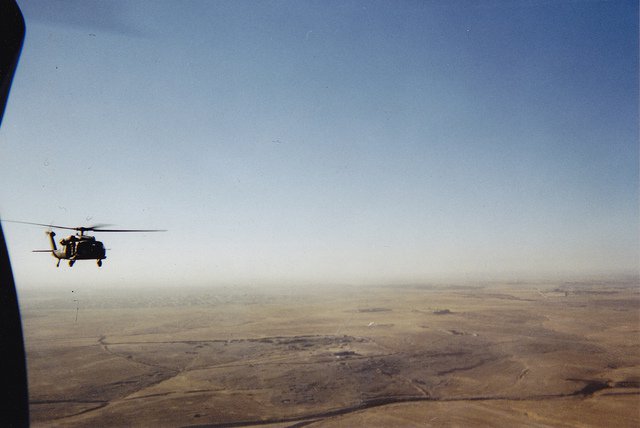 The ISIS controlled city is being attacked by government and allied fighters, with civilians caught in the middle.  “About 50,000 civilians are believed to remain in the city, which has been under Islamic State control since January 2014, living under the militants’ harsh and capricious rule. Conditions for residents have grown dire in recent months as a siege by government-aligned forces has aggravated shortages of food and medicine. Now, officials from Fallujah fear that the ongoing operation designed to break the militants’ grip on the city will further endanger its civilians. In recent days, a combined force of Iraqi army troops, police, Shiite militiamen and Sunni tribal fighters has made progress in clearing militants from areas around Fallujah, in preparation for a push into the city in western Anbar province.” (WaPo http://wapo.st/1NQw3yH)

Prison Reform, Mugabe Style…”Zimbabwean President Robert Mugabe has granted amnesty to all female prisoners except those on death row or serving life sentences, as prisons struggle to feed inmates due to lack of funding from the government...Zimbabwe Prison and Correctional Services spokeswoman Priscilla Mthembo said on Thursday there were 580 female inmates across the country's 46 prisons, and those eligible would be set free. At the country's top security jail in Harare, two female prisoners serving life sentences remained after the amnesty, while vetting was ongoing at other prisons.” (Reuters http://bit.ly/1Rtx0Yz)

A police officer was killed by stone-throwing protesters and a protester was shot dead in the city of Goma in eastern Democratic Republic of Congo on Thursday at anti-government demonstrations, a United Nations human rights official said. (Reuters http://bit.ly/25nSlQi)

The head of the UN mission in Central African Republic has vowed to do everything possible to wipe out sexual exploitation and abuse by his troops, pledging to bring about a rebirth of peacekeeping. (Guardian http://bit.ly/25nR2ka)

The party of Burkina Faso President Roch Marc Christian Kabore has won municipal elections seen as a key step in the country's transition to democracy from the authoritarian rule of ousted strongman Blaise Compaore. (AFP http://yhoo.it/1Rtv0zk)

The African Union's insurance arm will increase its disaster cover to $1.5 billion by 2020 from $179 million currently following one of the continent's worst droughts in decades, a senior executive said on Thursday. (Reuters http://bit.ly/25nR1gf)

A Nigerian youth group leader confirmed on Thursday that militants had attacked a Chevron oil facility in the Niger Delta. (Reuters http://bit.ly/25nQHOG)

The Africa Development Bank has announced a $549 million plan to support countries deal with drought and other effects of climate change on the continent. (The Monitor http://bit.ly/1Ufz2jl)

The Ugandan ringleader of a 2010 bombing by the Al-Qaeda-linked Shebab that killed 76 people in Kampala was found guilty on Thursday of masterminding one of the region's worst attacks in decades. (AFP http://yhoo.it/25nRDT1)

Uber is expanding in Africa. The ride-hailing company said Thursday that it plans to start operating in the capitals of Ghana, Uganda and Tanzania within a month. (AP http://yhoo.it/25nS3sw)

The U.N. special envoy for Syria says he will speak to the U.N. Security Council and announce afterward plans for the resumption of stalled peace talks between the government and the opposition. (AP http://yhoo.it/25nS281)

Only 800 people have been able to flee Fallujah since Iraqi forces launched a major offensive to retake the city, the United Nations said in a statement released Thursday. (AFP http://yhoo.it/1TGBwr3)

A bitter divide over the Middle East could threaten Democratic Party unity as representatives of Senator Bernie Sanders of Vermont vowed to upend what they see as the party’s lopsided support of Israel. (NYT http://nyti.ms/1NQvRPX)

A boost for maternal health in India? Indian Prime Minister Narendra Modi called on doctors Thursday to give up 12 days a year to treating poor, pregnant women free of charge, in a speech to mark the anniversary of his government's second year in power.  (PRI http://bit.ly/1NQwOba)

While Philippine elections this month were dominated by talk about crushing crime, the next president faces another critical early test: ensuring there is enough rice for the country's more than 100 million people. (Reuters http://yhoo.it/1Ufz3Uu)

Travel to Guyana from Brazil for abortions is hardly unique in the Caribbean, home to a patchwork of regulatory jurisdictions. While abortion is legal in some countries such as Guyana, Cuba, Barbados and the Caribbean Netherlands, it is illegal or highly restricted in other areas. (Reuters http://yhoo.it/1RtwWYE)

Scientists studying the Zika outbreak in Brazil are becoming increasingly concerned the virus may cause eye damage in babies. (BBC http://bbc.in/1Xzwr6t)

Doctors Without Borders called on the Greek authorities to ensure that adequate and continuous assistance is guaranteed during the movement of people from the informal camps and in the new locations. (MSF http://bit.ly/1sRz0G5)

Diplomats are gradually crowding out environment experts in global efforts to tackle climate change, a shift signaling a higher profile for the issue and improved chances for more coordination to fight it. (Reuters http://yhoo.it/1TGBXl5)

Hundreds more migrants have made their way to Calais on France's north coast in recent months despite the bulldozing of part of their "jungle" camp in March, and despite extra port security aimed at stopping them from reaching Britain. (Reuters http://yhoo.it/1TGBy2g)

Why you should be critical of Professor Angelina Jolie Pitt’s LSE gig (Aidnography http://bit.ly/1TGEsnJ)

After the Media Circus, What (If Anything) Have We Learned from the Panama Papers? (Global Anticorruption Blog http://bit.ly/1TGDSpY)

Not what it used to be – Labor’s commitment to Australian aid (The Interpreter http://bit.ly/1TGEYlB)

New and Old Vaccines Still Out of Reach for Many (Inter Press Service http://bit.ly/25nQJG1)

TopicsNewsDigestDAWNS Digest
Brought to you by