Amid the Rubble of Syrian Airstrikes, a Young Man’s Footage Captures the Strength of the Human Spirit

Caught between bombs from both sides, a young videographer documents the lives of the first responde 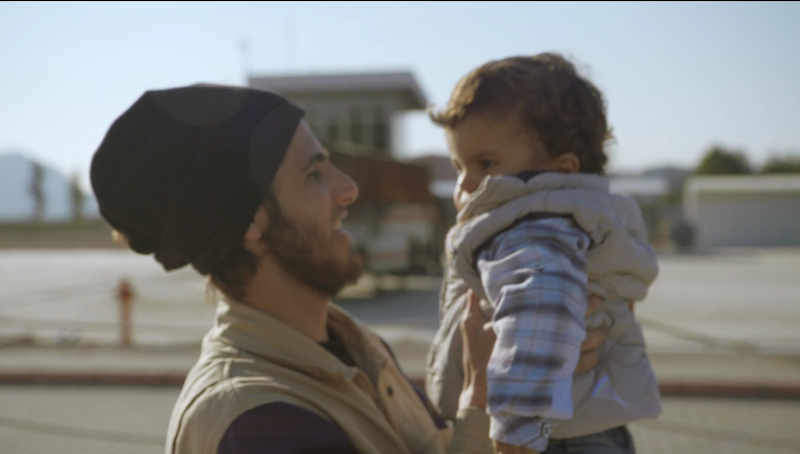 His name is Khaleel Khateeb, and it is his footage in the new Netflix documentary short, “White Helmets,” which follows the daily ordeals of three volunteers in the Syrian Civil Defense (SCD) forces.

Over the years, the White Helmets, as they’re colloquially known, have risen to international fame and are recognized by their trademark rescue gear: a white firefighter-style helmet. Self-described as “neutral, impartial, and humanitarian,” the White Helmets search for and rescue Syrian civilians who become the collateral damage of the civil war.

Sometimes, they even have to make rescues while bombings are still going on, says Khateeb, who describes how the Assad regime often performs repeat airstrikes to kill people who go in for rescues.

“We go to save as many people as we can,” says Khaled Farah. “If one person was alive that’s enough for us to take the risk.”

Read More: Doctors With Boats: How a Kenyan Woman is Keeping her People Healthy

Since it’s inception in 2013, the SCD has grown to include more than 2,800 civilian volunteers, most of whom are students, like Khateeb. Others are artists, tradesmen, and gym teachers.

The the largest nonsectarian society in Syria, it’s their size and bravery that has allowed them to operate in 114 centers across the country, and, so far, to save an estimated 60,000 lives in the past three years.

The White Helmets operate especially in areas outside of the Government’s control, where they respond to the indiscriminate bombing of rebel-held towns. However, airstrikes from both the western-led rebel coalition and the Syrian Government have directly hit civilians.

The documentary was inspired by Youtube footage that had earned the White Helmets internet popularity. One viral video features a rescuer pulling a baby out of the bombing rubble. It would later be known as the ‘miracle baby’.

His rescuer, Khaled Omar, was killed this past August. A recognition piece written by the Syria Campaign describes him as a volunteer who “made the same choice thousands of times---to run towards bombs knowing he could be killed.” They said he was a painter and decorator before he volunteered for the helmets.

The group has kept a strong media presence, leveraging its Twitter profile in order to build support. That presence, and their proximity to government bombings, has also allowed volunteers like Khateeb to make the disasters in Aleppo more visible. Their photography often contests the claims of the Assad regime, like one such post:

The documentary, which was released this month by Netflix, was directed by Orlando Von Einseindel, an academy award nominee. Meanwhile, Khateeb has said that he plans to stay in Aleppo as official chronicler for the first responders. The SCD has also been nominated for a Nobel Peace Prize.