The gymnast shows activewear can be affordable and benefit a great cause.

Why Global Citizens Should Care
We can’t achieve gender equality for all without ending child sexual abuse. Young girls need to be protected to reach their full potentials. You can join us and take action on this issue here.

The Aerie x Aly Raisman collection hit stores on Friday, and Aerie announced it will donate 15% of the proceeds from the collaboration — up to $75,000 — to Darkness to Light, an organization dedicated to preventing child sexual abuse.

“Being an #AerieREAL Role Model for Aly Raisman means putting her words into action,” Aerie said in a statement released to Global Citizen about the partnership.

“As a survivor, Aly believes that she has nothing to be ashamed of and wants others to know that going through a hard time does not define you.” 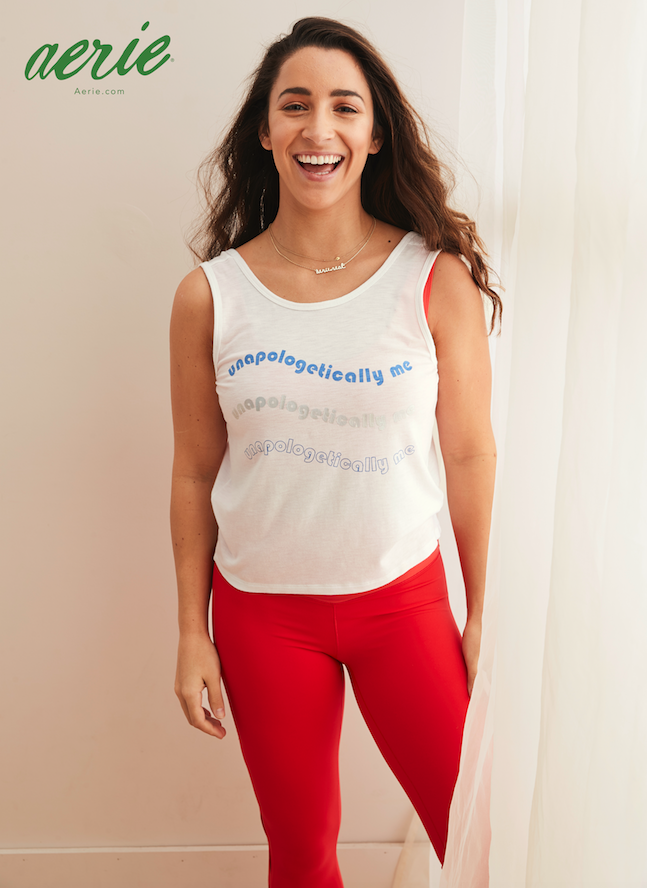 Raisman, who’s been the face of an Aerie’s body-positive, unretouched campaign, called her new collection a “dream come true” on Twitter. The nine-piece collection of leggings and tops, inspired by the strength, wellness, and mindful living, includes empowering phrases like “trust yourself” and “unstoppable.” Items range from $25 to $50.

MY EXCLUSIVE COLLECTION WITH AERIE LAUNCHES ONLINE TOMORROW! To be able to work with @Aerie & launch the Aerie x Aly Raisman collection is a dream come true. Aerie is donating 15% of collection sales (up to $75,000) to @Darkness2Light to help end child sexual abuse.#AeriePartnerpic.twitter.com/95WPYhf5bV

Since filing a lawsuit against USA Gymnastics over allegations that Larry Nassar sexually abused her and her teammates for years, Raisman has used her platform to protect other athletes. A few months after testifying, the gold medalist launched the #FliptheSwitch campaign to prevent child sexual abuse. As part of the initiative, Rasiman teamed up with Darkness to Light to offer free online workshops to help parents and coaches identify abuse.

Rape and sexual abuse are everyday violent occurrences affecting close to a billion girls and women in their lifetime. About 1 in 7 girls and 1 in 25 boys will be sexually abused before they turn 18. A history of sexual abuse increases the risks of unplanned pregnancy, dropping out of school, and experiencing emotional and mental health problems.

Many people who are abused don’t report it because they’re ashamed or afraid they’ll be or accused of “asking for it,” especially if they were wearing clothing considered revealing. Raisman wants to end that cycle.

Read More: Gymnast Aly Raisman Is Taking the US Olympic Committee to Court

“Instead of wasting energy and judging a woman for what they're wearing, let’s actually hold the abusers accountable, because it's perpetuating the victim-shaming,” she told Refinery29.

Raisman hopes her latest collection encourages women to feel comfortable and stop apologizing for their experiences.