How a Vet-Run Spice Business Is Reviving the Afghan Economy

The lush purple fields have become symbols of hope. 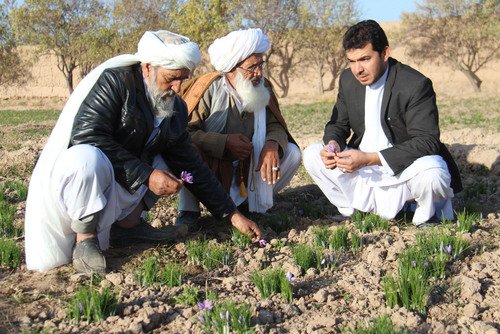 Three army veterans are changing the lives of dozens of farmers and hundreds of women in Afghanistan through a business that cultivates and sells saffron to world-class chefs and markets.

Rumi Spice is in its second year, works with 80 farmers, and employs up to 400 women in its processing plant.

In a country that seems always on the verge of falling apart, Rumi Spice acts as a powerful guide for building a more prosperous and stable economy.

While serving in Afghanistan, the US army veterans — Kimberly Jung, Keith Alaniz, and Emily Miller — experienced the grim state of the country. The war had destroyed so much infrastructure. The government barely functioned. Corruption plagued nearly every form of business. The Taliban and other terrorist groups regularly slaughtered people. And most Afghans were forced to work in poppy fields to fuel the international drug market.

The team of vets wanted to make a difference in the country, but they didn’t want to follow the familiar pattern of aid in Afghanistan — creating jobs that depended on the presence of the US army that would just dry up when the army left.

After more than a decade-long occupation, the US played a stabilizing but also highly distorting role in the country. The US pumped billions of dollars into the country, but this money propped up the government and various industries in a precarious way, and it fueled severe corruption.

Read More: Why This Man Risks His Life to Educate Girls in Afghanistan

They knew that they had to create a model that was strong enough to survive after the occupation ended.

“I think Afghanistan holds a special place in a lot of people's hearts,” Jung said. “Some of it in a bad way. We want to change that dynamic.”

Since the country is centered on agriculture — 80 percent of Afghanistan’s workers have a job in that industry — they looked for a crop that would appeal to an international market and be lucrative enough to lure farmers away from opium production.

They landed on saffron — one of the most expensive crops in the world that also happens to thrive in the harsh climate of Herat, Afghanistan. It's a symbolically resonant crop: tight clusters of purple, delicate flowers growing in beds of dusty rock. It's a resilient and scrappy plant, perfect for the times. 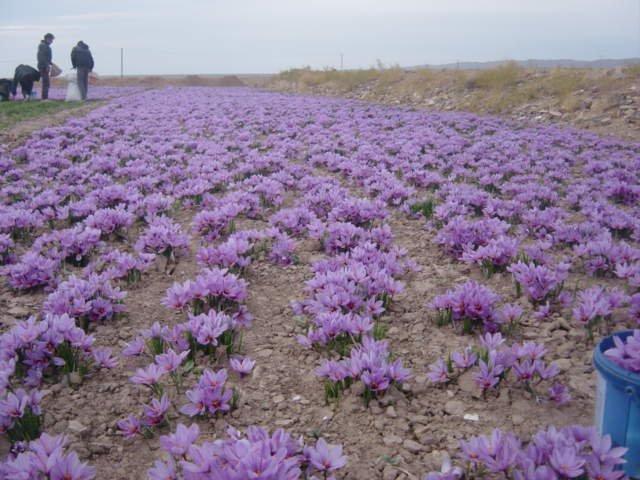 Then the trio cobbled together a business plan that would prioritize farmers and women.

Saffron is an incredibly difficult spice to cultivate — hence the hefty prices, up to $30,000 a kilogram. It's a staple spice in Indian, Moroccan, and Persian cuisine, and is also used in European dishes.

Nearly 150 flowers are needed to produce just one gram of saffron.

So the team had to convince farmers that dedicating their fields to the crop would be a worthwhile venture.

Since it fetches six times as much as poppy — the key ingredient of opium — 34 farmers agreed to participate during the first year.

The team then launched a kickstarter to build a processing plant and raised $33,000 in under two months. The first year, 75 women were employed in the plant — a major victory in a country that restricts the freedom of women in countless ways.

Sales in the first year were successful enough to turn a profit and bring in an influx of new farmers. Chefs like Daniel Boulud and markets like Dean & Deluca now carry and advocate for the spice and attest to its superior quality.

The next year is on pace to be even more successful with more clients and backing from investors. And there's already evidence that the company is spurring change in Herat. The city just hosted its inaugural saffron festival to court foreign buyers.

As one man told Jung, "Lady, there should be more of you. We all here are Heratis, but it is more foreigners who will buy our saffron who need to be here.”

But many obstacles remain for Rumi Spice. The roads in Afghanistan are in bad shape and are regularly worsened by IEDs, making transportation hard. Electricity blackouts are common and disrupt production. Gender discrimination is rampant. And most of the Afghan economy is informal, making it occasionally difficult to enforce expectations.

But deep red saffron piles are bringing in income that’s helping people get by.  Women are holding impromptu Beyonce dance parties in processing plants. And the lush purple fields spreading and blooming across the country have become a symbol of hope. 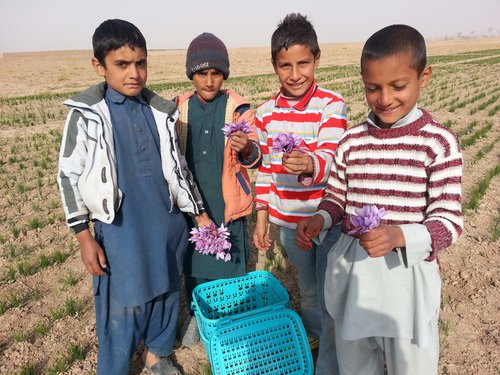