10-20 million dogs are killed for their meat each year in China. 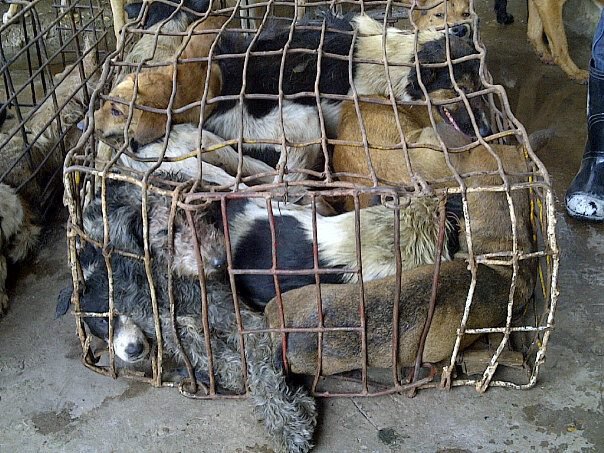 Since 2010, fans of dog meat have flocked to a summer festival in the Chinese city of Yulin, where the cruelty of the country’s dog meat market is on lurid display.

10-20 million dogs are killed for their meat each year in China, a situation that has garnered increasing condemnation from activists around the world as evidence of the industry has become more widely known.

Dogs are often crammed on top of one another into grimy crates and transported large distances without food or water before they are displayed in markets. 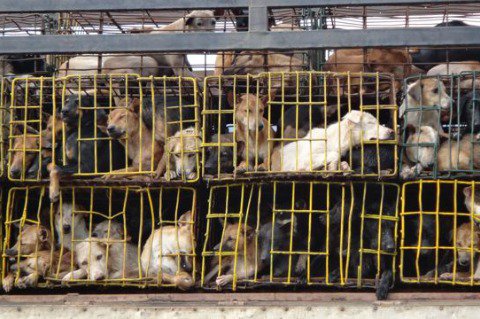 The most appalling part is how the dogs are killed.

Dog harvesters claim that the meat is best when tough, so “slaughtering takes place in front of the animals, usually with a club to induce the pain and fear that restaurant owners claim makes their adrenaline-rich meat tastier.”

In addition to the cruel nature of harvesting dog meat, it’s also dangerous to human health. Dogs harbor numerous diseases that can be passed on to humans, including rabies and cholera.

Shutting down the festival in Yulin--which involves the slaughter of around 10,000 dogs--would be an important symbolic victory, as it would further stigmatize the industry.

Activists have so far pressured the festival into retreating from the streets, but the existence of the festival still shows that the dog eating trade is still a major problem. 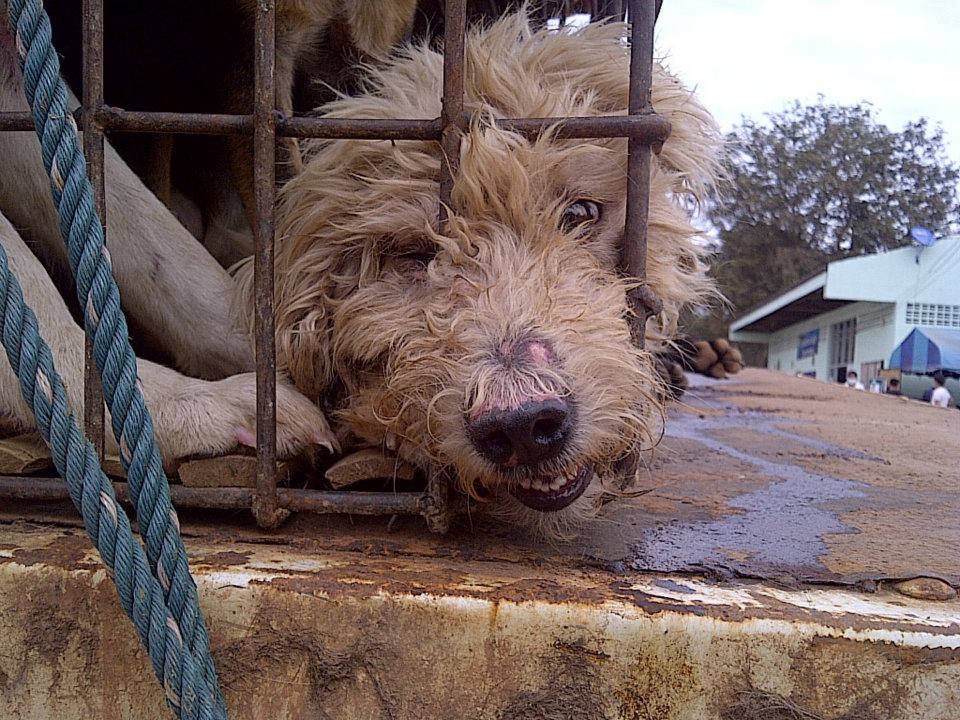 There has been some momentum in China to abolish dog eating, especially because the younger generation is reportedly against the practice.

Activists have been holding more rallies in China and social media outrage is growing.

According to the Soi Dog Foundation, campaigning since 2011 has led to more arrests of dog smugglers than at any other time in the past.

Anyone who has owned or encountered a dog knows that they are loving, intelligent animals and also knows that dogs - or any animal for that matter - should never, ever suffer like this.

Ending the abuse and slaughter of dogs is something most people can easily get behind. In the future, similar moral fights will have to be waged on behalf of other animals who are similarly intelligent and loving--such as cows, pigs and chickens--that live mostly miserable lives in the global industrial meat trade.

No creature should have to gratuitously suffer just so humans can have a bite to eat.