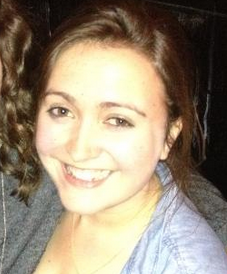 Yesterday Action/2015 launched with a BANG in over 50 countries across the world – an incredible demonstration of people coming together, calling for change and a world free from poverty, inequalities and climate change. (Not sure what Action/2015 is? Have a read of our intro piece)

From Lebanon to Liberia to Nigeria, from Norway to South Africa to Sri Lanka, thousands of people mobilised yesterday to highlight the importance of the year ahead where world leaders will make crucial decisions to determine the fate for our people and planet.

1. Open letter to world leaders from an array of global stars!

Bill and Melinda Gates, Matt Damon, Shakira, Desmond Tutu, Malala, Annie Lennox and Hugh Jackman - how’s that for an unlikely group to come together?! Not to worry, they’re not forming some strange super band, they were among a raft of global names who signed an open letter to world leaders.

“Let’s be clear: the actions we take in 2015 will decide which way the world turns for decades to come. Please take the right path.”

Couldn’t have put it better ourselves! Read the full letter and see who else signed it here.

2. 15 year olds meet with their leaders to share their hopes for the future

It’s the youth of today who will be the most affected by the decisions made this year. Action/2015 brought groups of young people together all across the world to meet with their leaders to urge them to take decisive action this year.

INDIA: Young people met with their leaders in 15 states and over 150 districts to deliver their messages of hope for 2015

NEW YORK: Ban Ki-Moon was met by a group of 15 year olds to discuss why we need global action in 2015.

TANZANIA: 15 year olds met with Vice President Mohamed Gharib Bilal to discuss their aspirations for the future and the action they want political leaders to take in 2015

UGANDA: Young people challenged the Speaker of Parliament to listen to their demands when they handed over a petition of over 10,000 young people

Why 2015 needs to be the year we change life as we know it http://t.co/WYmcVx6hmL#action2015pic.twitter.com/PYDywDZvPd

Did you see the campaign on twitter?? Did ya? Well, I’d hope so because we only went and started trending.

All across the world, groups of people came together to create a visual demonstration to highlight the significance and importance of the year for people and the planet.

To mark the significance of the year 2015, and to stand in solidarity with everyone across the world, supporters of the campaign uploaded their photos demonstrating what issue they care the most about and want to take action on in 2015.

Yesterday, thousands mobilised behind the campaign, but we need millions more to speak out for the future they want. This is how leaders will know they must act. People and voices coming together is how the change the world needs need can be created in 2015.