A village in Malawi takes action to end open defecation

Singo is working with communities to get everyone to commit to ending open defecation. 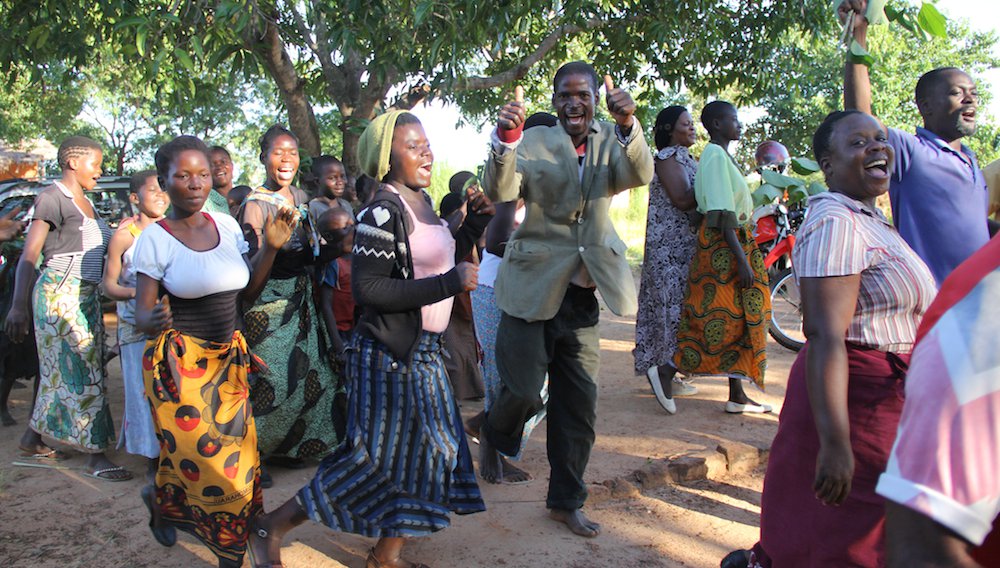 In this village close to Lake Malawi, a lack of decent toilets means that people have to do their business in the bush.

But, with the help of a trained health worker like Singo Katanga, communities can improve the sanitation in their own villages. 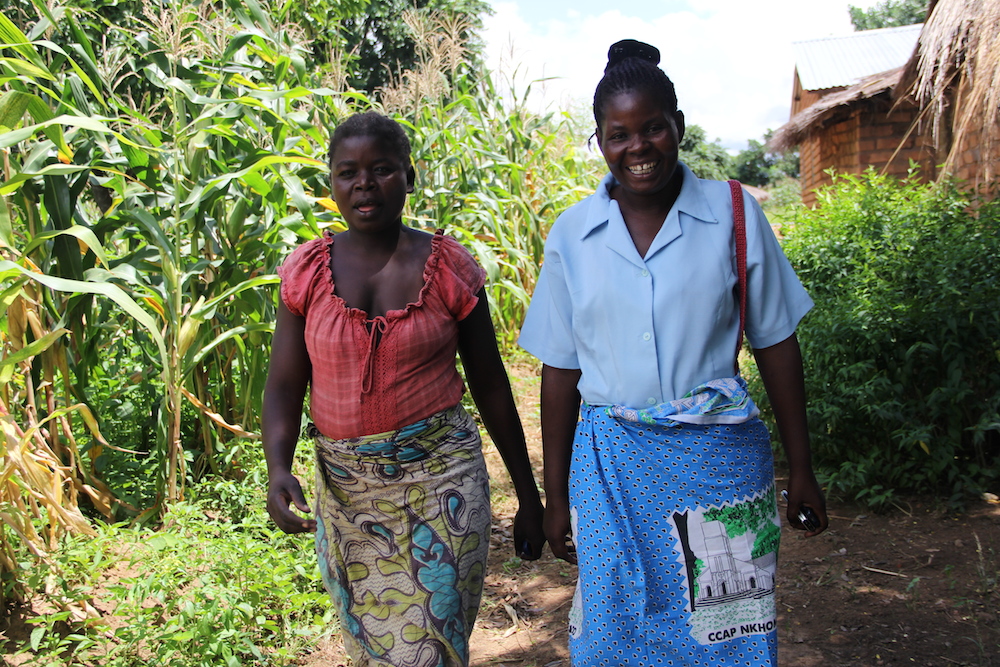 The Global Sanitation Fund (GSF) in Malawi has enabled more than 153,000 people to access toilets. The GSF pays for Singo and other’s training, using a proven method to improve sanitation known as Community-led total sanitation (CLTS). CLTS changes behavior by shifting mindsets – to focus the desire for a sanitation system, and lead to action. CLTS emerged in Bangladesh in the early 2000s. Developed by Dr. Kamal Kar of the CLTS Foundation, it is a participatory answer to traditionally subsidized sanitation programs that have not succeeded in getting people to want, build, pay for, and use latrines.

Singo knows that behavior change starts with individuals, but that it works best when the entire community commits to ending open defecation. Here is how Singo transforms a village to take action – in 10 steps:

Step 1 – Drawing a Map of the Village

Singo (center) arrives in the village with the goal of raising good hygiene awareness in a process known as ‘triggering.’ She gets villagers to draw a map of the area, showing main features such as the road and the river. 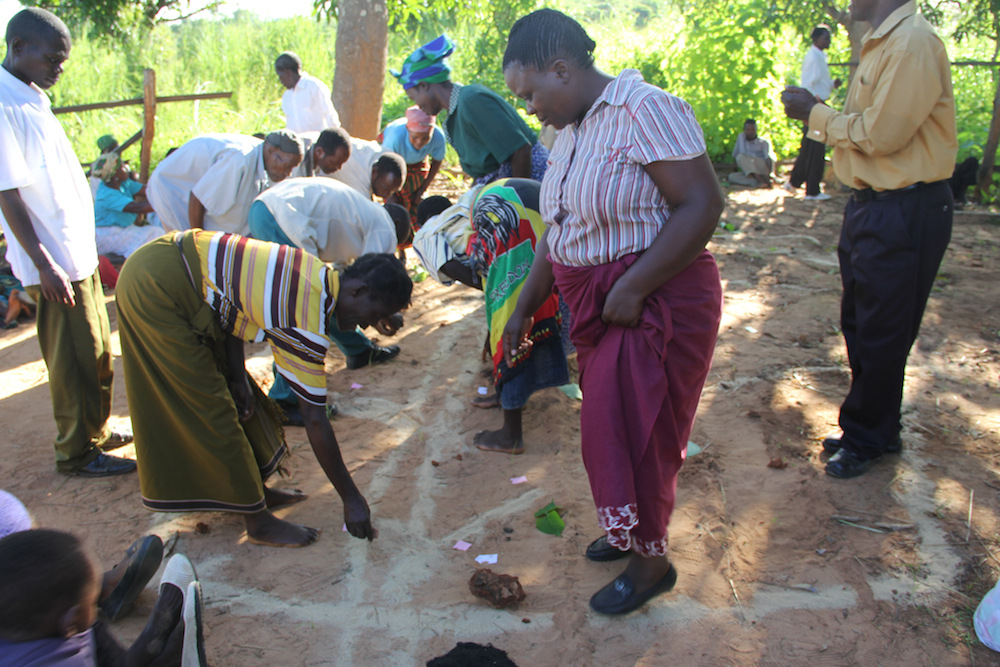 Step 2 – Villagers Identify the Places where they Defecate

Singo gets people to put a pebble where they went to the toilet that morning. She motivates people into performing the exercise until everyone takes part. 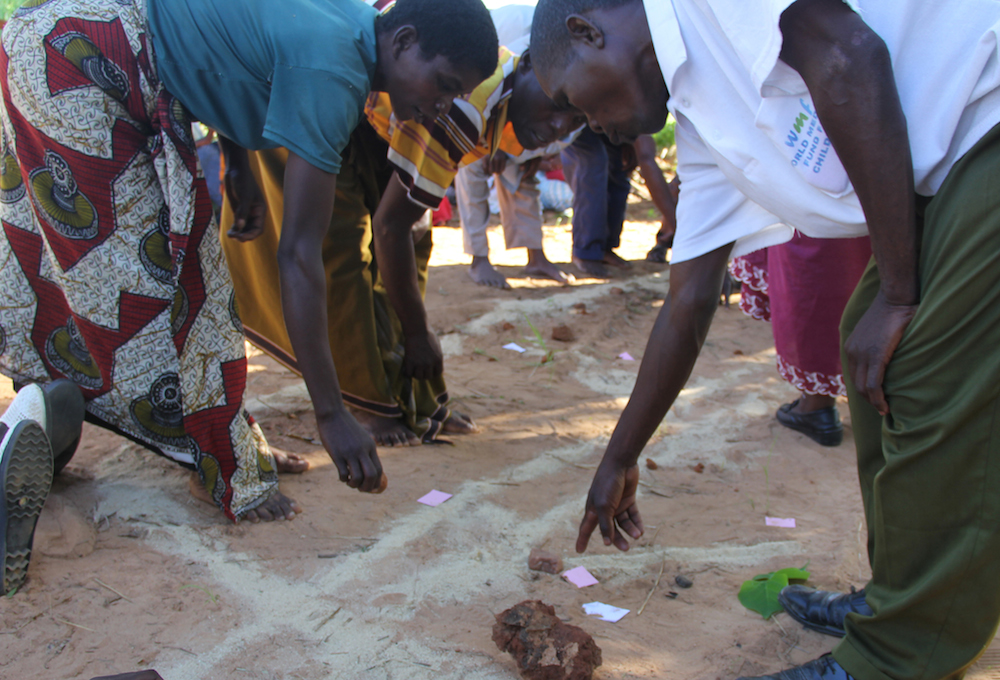 Now Singo and the villagers make the transect walk or the ‘walk of shame’ by visiting the places where open defecation takes place. They sing ‘Let us end open defecation!’ 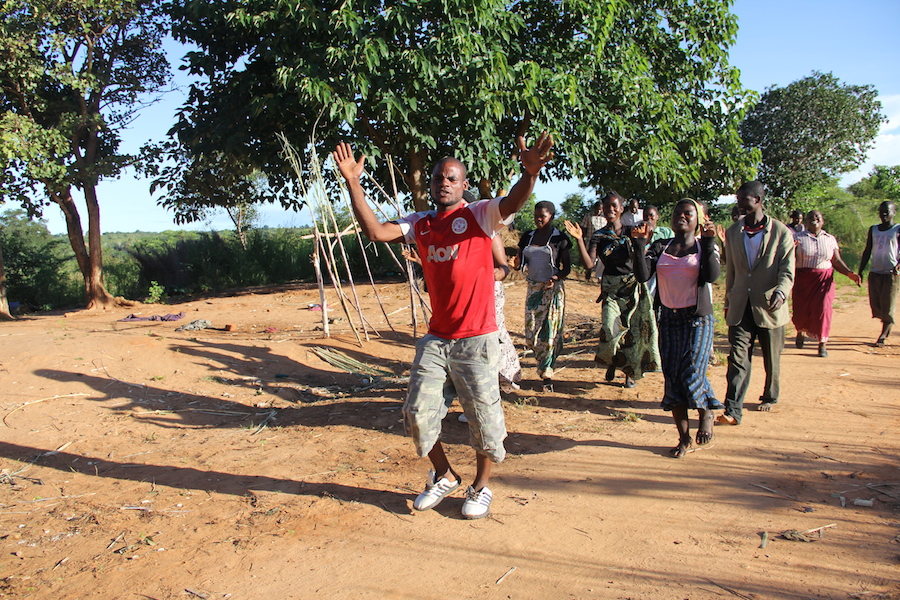 The human turd is used to illustrate how flies transmit disease by landing on the turd and then on the food. It is also used to calculate total defecation per year and how this is washed into the water supply during the rainy season. Villagers are shocked when they realize that they are eating and drinking each other’s shit. 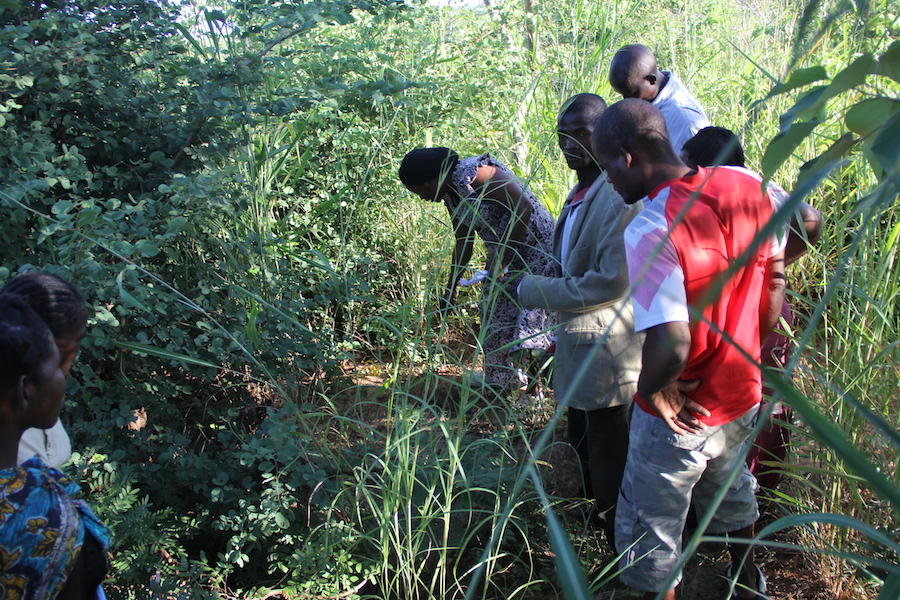 Step 5 - Understanding how Flies take the Disease to the Food

The next stop on the walk is the place where meals are prepared. Flies are attracted to human feces and carry diseases by landing on the food. 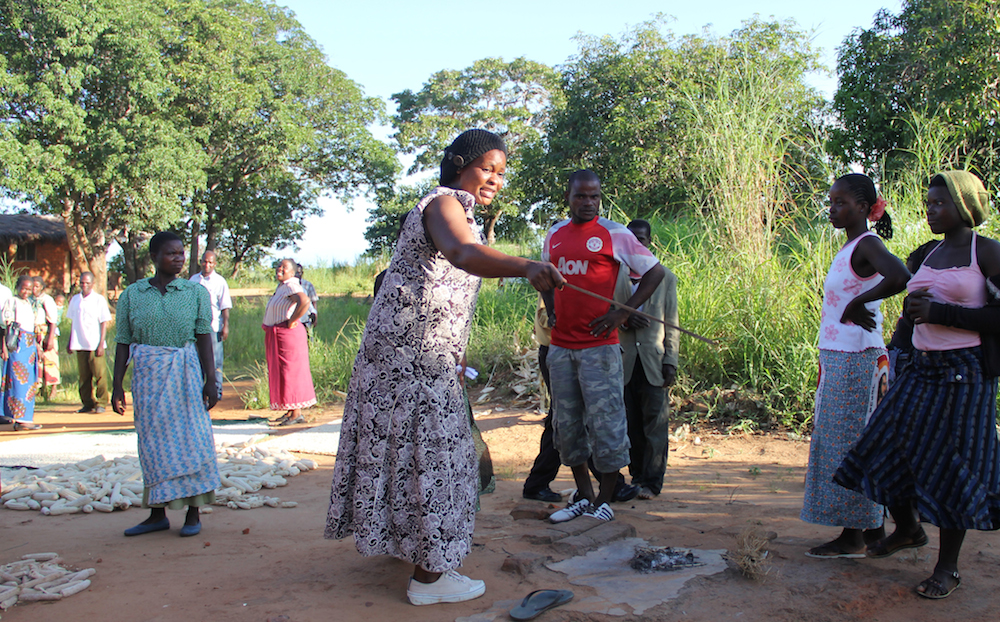 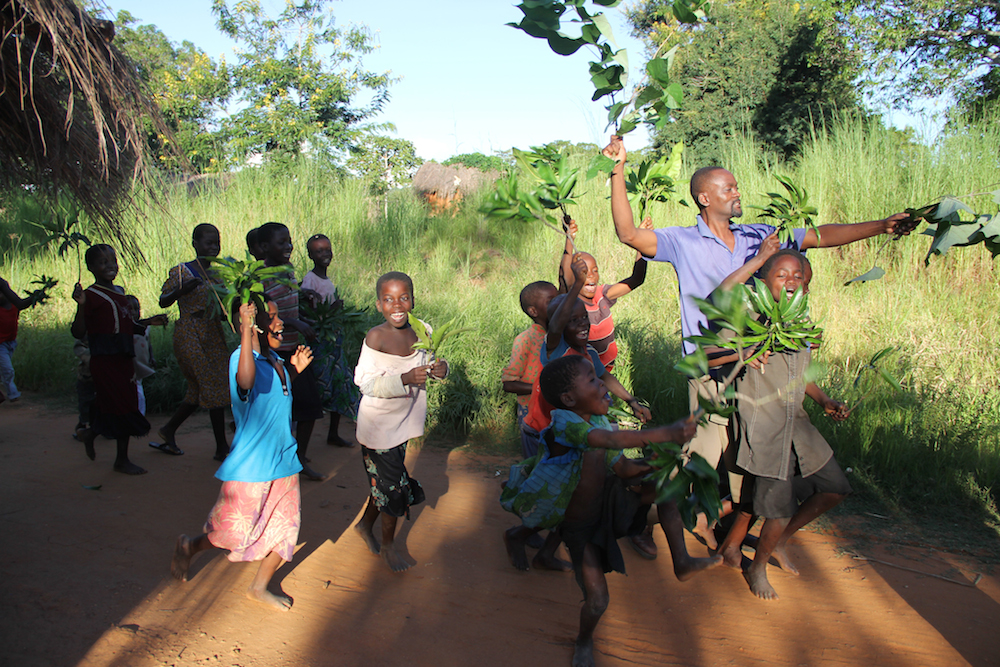 Webster and Singo bring the group back to the village meeting space in high spirits. They are energizing the village into taking action to stop defecating in the bush by building toilets. 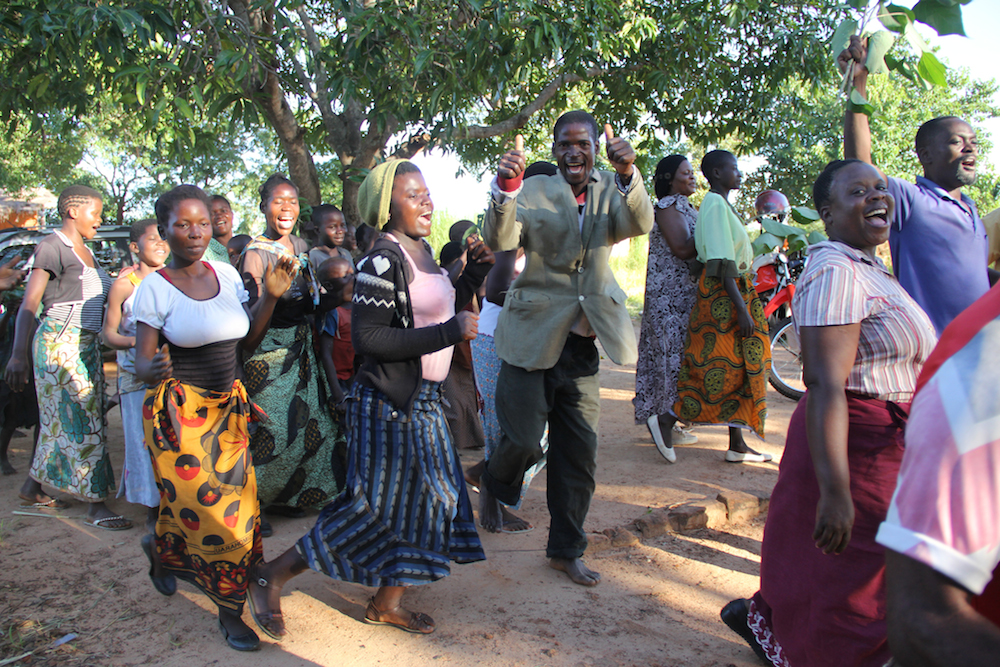 Step 8 - Creating a Future of Health and Dignity

A village committee is formed to improve sanitation and end open defecation. Singo helps to plan the next steps. 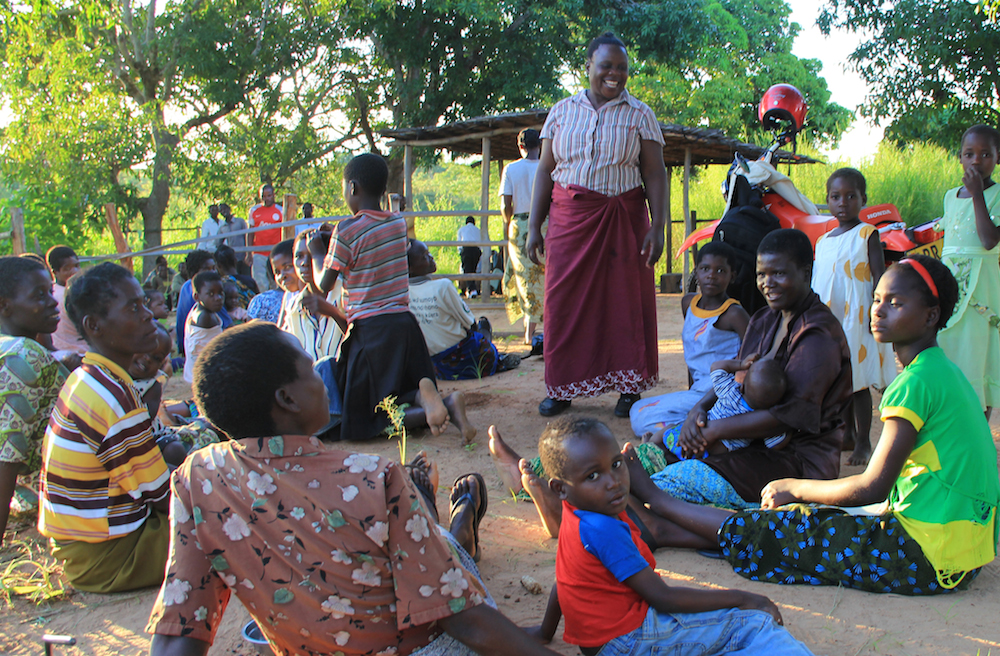 Chief Mbewa tells his village: “Why is there open defecation in the grass when there is a toilet nearby? Whoever doesn’t use a toilet after the 15th of next month must give a chicken as a penalty.” 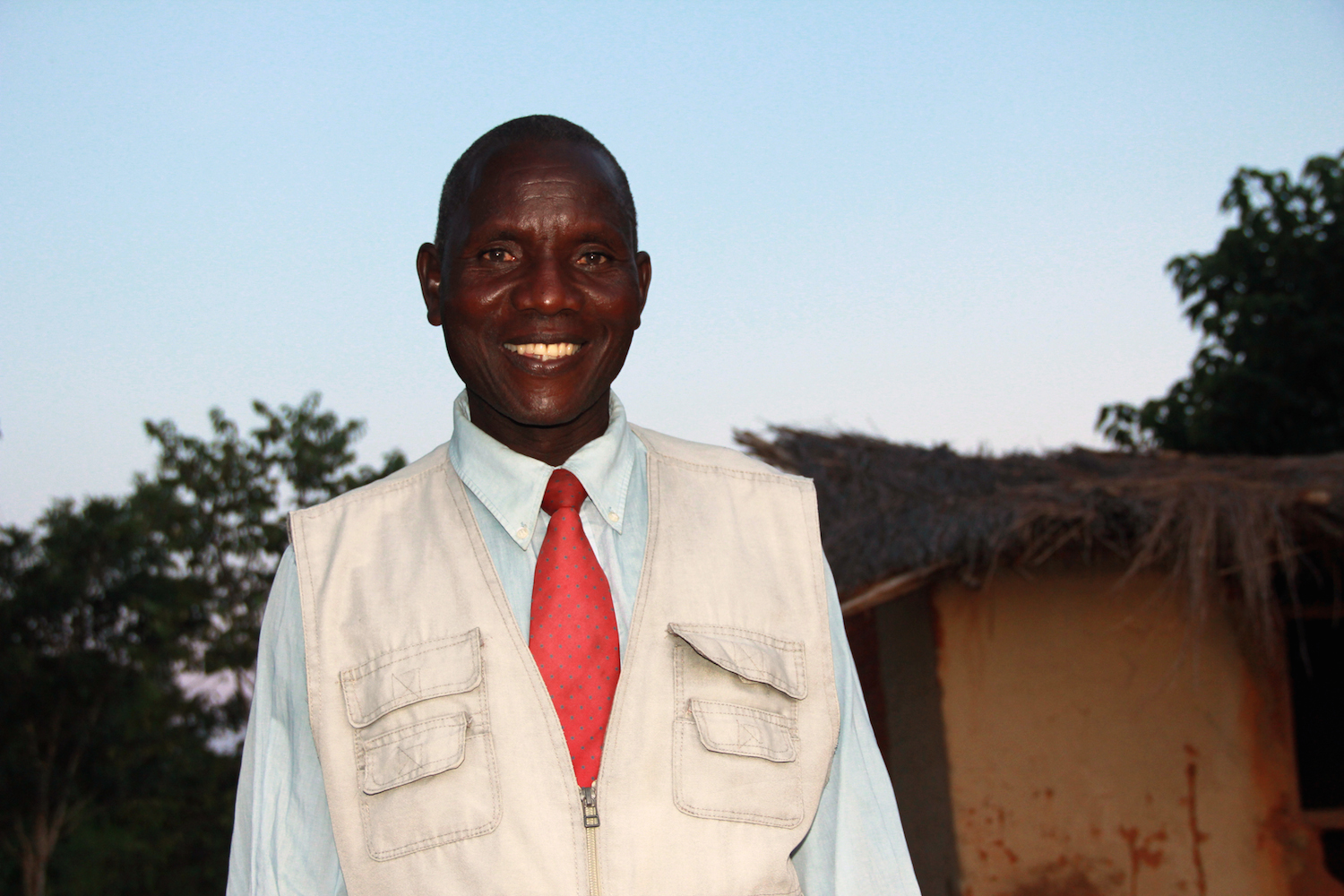 Step 10 - Everyone is Ignited and Prepared to End Open Defecation

The event is carefully monitored by the Hygiene Village Project staff, who are running the program. A successful triggering is described as a ‘matchbox in a gas station’ where every person is ignited and prepared to take action. 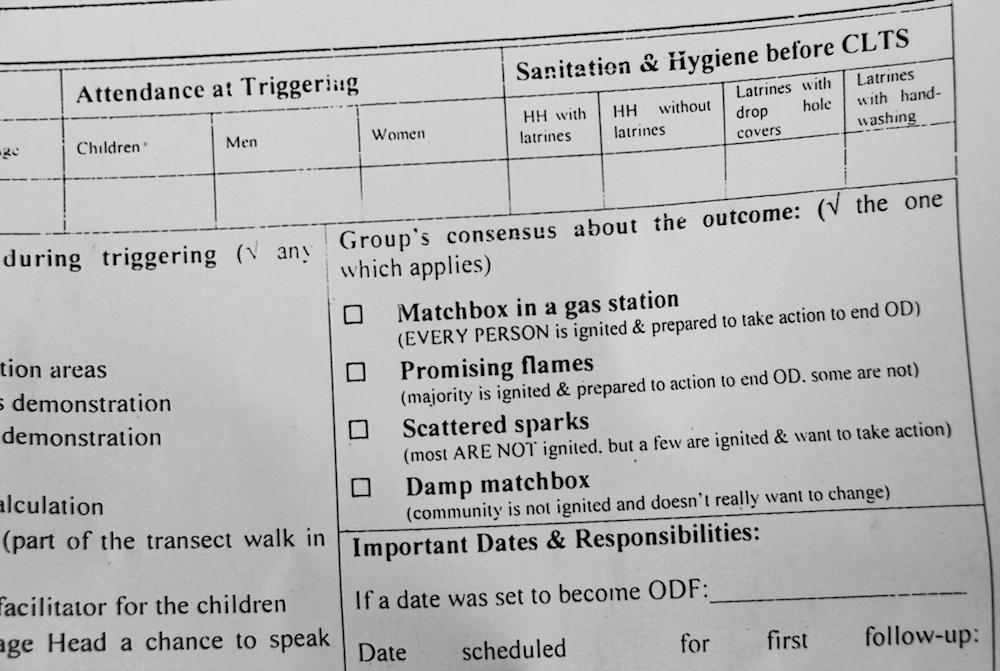