A Taco Truck on Every Corner? Yes, Please, Says the Internet

What a Trump campaigner meant as a threat was welcomed with open arms by the internet. 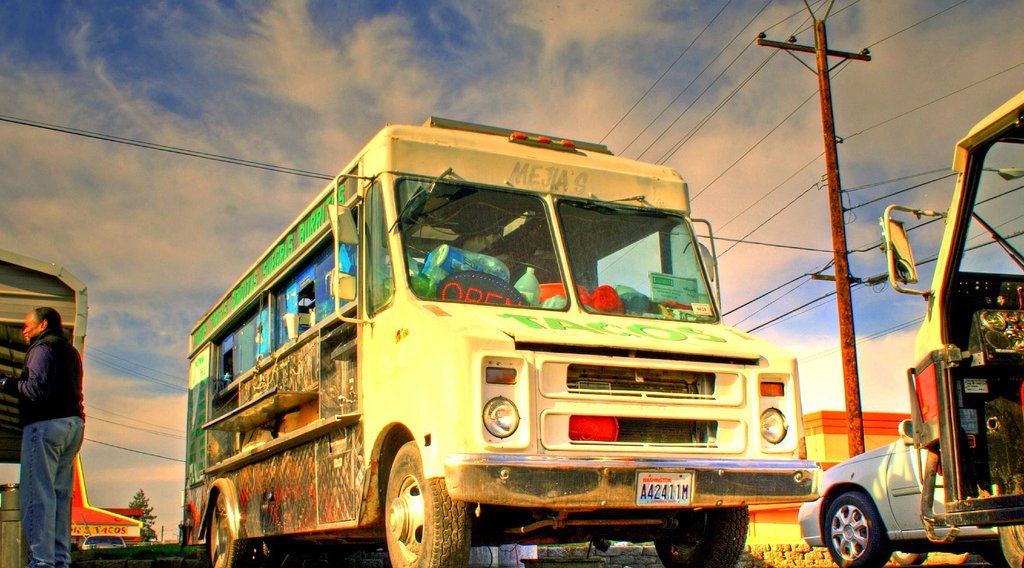 Late last week, Marco Gutierrez, a founder of a group of Latinos who support US presidential candidate Donald Trump, made what he considered a threat to the US: If the country's immigration policies don’t change, “you’re going to have taco trucks on every corner.”

Trump’s immigration policies, with all of their zigging from border walls Trump says will pay for and mass deportation of all immigrants without papers to their zagging to more humane policies, like only deporting criminals, have dominated headlines in the US.

But none of his policies have had quite the  … delicious potential as this one, and it was met with great fanfare from people on the internet. Because, after all, who doesn’t love tacos? A taco truck on every corner would be a great thing, according to those sounding off on Twitter with the hashtag #tacotrucksoneverycorner.

me when I hear there will be #TacoTrucksOnEveryCorner. BEST. IDEA. EVER. #Perfecto@georgelopezpic.twitter.com/kWphjqLjzP

#TacoTrucksOnEveryCorner sounds like the real American dream to me. FOH. pic.twitter.com/0e5Wx4lRpM

Personally I'd like a taco truck on every corner of my living room.

What say you? Are you pro- or anti-taco truck? Let us know in the comments below. And if you’d like to find a good taco truck in your ‘hood, we’ve got you covered.