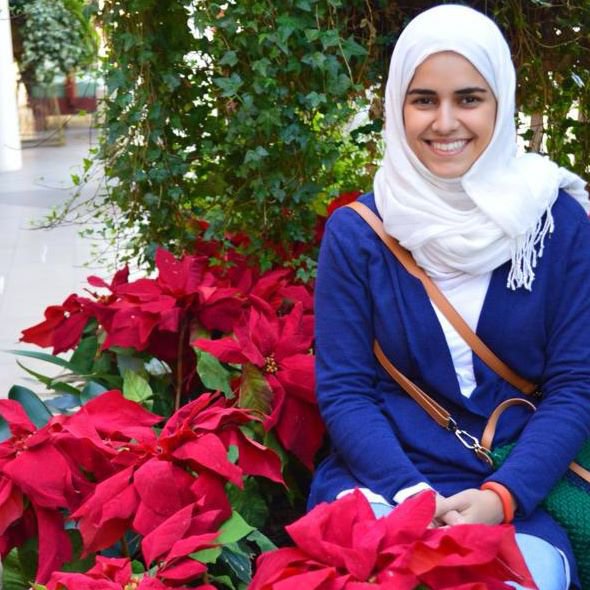 In the aftermath of the violent United Airline incident last month, it seems airlines like JetBlue are doing everything they can to avoid another horror story.

So when twenty-seven-year-old Muslim passenger, Ghena Alh, told a flight attendant she wanted to move after a passenger threw an Islamophobic slur her way, the crew went above and beyond to make her comfortable.

She sat between two passengers who were flying together, she wrote on a Facebook post she uploaded the day after the May 9 flight from Orlando to LA. Alh claimed the female passenger on her right was on the phone when she told someone on the end of the line that she was separated from her companion “by someone who was ‘hint: Twin Towers.’”

When Alh approached the crew member and asked for a seat change, she was told the flight was full and that it wouldn’t be possible. But once the flight attendant noticed Alh was upset, she asked her if something was wrong.

"I initially hesitated to say anything for fear of an escalated situation that would turn against me and possibly end with me getting kicked off the flight, as seems to be a recurring pattern with Muslim passengers on airlines," she told POPSUGAR.

Instead, however, the flight attendant immediately apologized and changed her seat where she was given a free blanket, travel pillow, box of food, and was consistently checked up on.

“I was really surprised how seriously they took the situation and kept assuring me that they have zero tolerance for any such comments and that they contacted ground staff and they would be escorting the lady off the plane to talk to her,” Alh added in the post.Once the plane landed, a “security member” spoke with her to get a better understanding of the event, while another told the female passenger who made the Islamophobic remark that it wasn’t “tolerated by the JetBlue family.”

Before she had boarded the plane, Alh was in Orlando speaking on a “Flying While Muslim” panel organized by JetBlue for training crew members how to handle discriminatory situations towards Muslim clients.

"It's great to hear stories directly from our customers about their experiences with crewmembers who are inspiring humanity in big and small ways every day," JetBlue wrote in a statement to POPSUGAR.

Alh’s story had gone all the way up to the CEO.

The airline, however, has not always had the best track record. In the past, they have singled out Muslim passengers, even throwing some of them off of flights.

In 2016, two Muslim women were escorted off a passenger jet in LA by policemen because the flight attendant didn’t like the way they were “staring” at her.

Another airline, Southwest, told a Muslim man to leave the flight after another passenger overheard him speaking Arabic on the phone. He had told his uncle back in Baghdad “inshallah”, meaning “God willing.”

Alh closed her remarks by thanking JetBlue and commending them, adding that they had set an example not only for other airlines, but for people in general.

“Speak up when something is wrong,” she said, “and treat everyone with the respect every human deserves.”