What Are Conflict Diamonds & How Can You Avoid Buying One?

80% of American brides receive a diamond ring, but at what cost?

Facebook is trying to send me a message. Apparently, I need to start investigating diamond rings- or so the MANY ads on my newsfeed want me to think. What’s this all about? My relationship status? My age? If it’s the latter, that’s not cool!

But I guess it’s not all that surprising. According to the Pew Research Center, most first-time, American brides get married at exactly my age. And here in the US, diamond rings are a big part of that. As of 2007, 80% of American brides received a diamond engagement ring. That’s a lot of bling.

By in large, I’ve tried to ignore the sparkly images, for two reasons really. First, I don’t want to go down that rabbit hole- I suspect that once I start, it’ll be hard to stop (they’re so shiny!) Second, since watching my all-time crush Leo in Blood Diamond, I’ve been afraid to support an industry that could potentially be based in bloodshed and conflict. How am I supposed to spot an ethical diamond from a conflict diamond?

In an effort to better understand the issue, and hopefully provide a little knowledge to all the future brides out there (or grooms! or singletons! or whomever!) I did a little research.

Here’s what  I learned:

1. By 2013 estimates, around 33 million carats of rough diamonds are produced each year, primarily in Botswana and Russia (making up half of the world’s production). Australia, Angola, Namibia and Canada are (mostly) responsible for the rest.

2. Conflict diamonds, or blood diamonds, are defined by the United Nations as "...diamonds that originate from areas controlled by forces or factions opposed to legitimate and internationally recognized governments, and are used to fund military action in opposition to those governments, or in contravention of the decisions of the Security Council.”

For example, profits from conflict diamonds helped fund warlords and rebels during the wars in Angola, the Democratic Republic of Congo, and Sierra Leone. Amnesty International reports that collectively, these wars cost an estimated 3.7 million lives.

CNN adds that, “Apart from the innocent people caught up in the conflicts that the trade fuels, thousands of men, women and children in countries such as Sierra Leone are used as slaves to extract diamonds. They are often forced to use primitive, back-breaking methods such as digging into mud or gravel along river banks with their bare hands.” 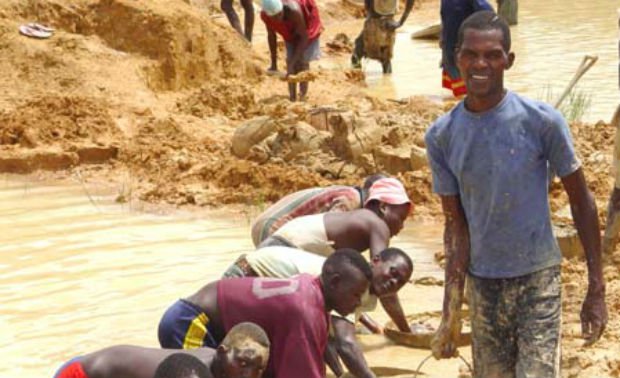 3. Recognizing that trade of conflict diamonds could only be stopped through international cooperation, participating nations, the international diamond industry, and civil society organizations like Global Witness developed the Kimberley Process in 2003.The certification scheme is meant to prevent conflict diamonds from entering the legitimate trade by ensuring that member states meet minimum requirements and agree to only trade with other members. YES!

4. Except wait. The KP has some pretty major flaws. For one, it has a narrow definition of conflict diamonds- only  “rough diamonds used by rebel movements to finance wars against legitimate governments” make the cut. That means that things like worker exploitation are not addressed. Secondly, in specifying that they be “rough” diamonds, stones that have been cut and polished are no longer covered by the scheme. Lastly, the Guardian points out that a KP “certificate does not apply to an individual stone but to a batch of rough diamonds which are then cut and shipped around the world. Without a tracking system, this is where the trail ends.” Essentially, this takes the power out of the consumer’s hands. Because of the Kimberley Process’ inability to rectify these issues (which has resulted in unethical diamonds from Zimbabwe, Venezuela, and Cote d'Ivoire obtaining certificates) NGO Global Witness resigned as an official Observer in 2011.

All of this information didn’t leave me feeling too confident about my ability to act as an ethical consumer. Clearly the Kimberley Process isn’t doing enough to prevent the trade of conflict diamonds, so where does this leave us?

If you’ve decided you cannot contribute to the violence caused by conflict diamonds, then you do have a few options. Why not skip diamonds altogether and go with a gorgeous emerald or a sassy sapphire like Kate Middleton? Synthetic diamonds are also another option. Or, you can do a little research.

A lot of companies point out that they abide by the Kimberley Process, but we know that’s not enough. However, Brilliant Earth is just one example of a fantastic company that is committed to ensuring its diamonds are sourced ethically. Seriously, read about their values here. What impresses me most about the company is that they’re not simply providing consumers with an alternative route, they’re actually donating 5% of their profits to education, environmental restoration, and economic development in mining communities.

As consumers, we have so much more power than we realize. By simply letting retailers know we won’t accept the status quo, we can push them to adopt policies that protect workers and prevent conflict.