Redefining security spending and refugee costs is taking development aid from the most vulnerable. 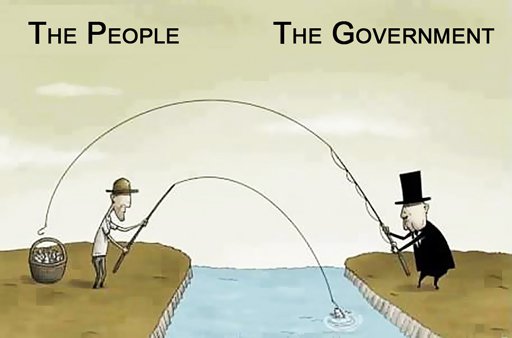 Representatives of the world’s most powerful aid donating nations signaled that they want to take money from actual development to fund security efforts and the refugee crisis in Europe. Yes, the global organization charged with tracking aid just agreed, in a closed door meeting, to effectively say “sure, funding to militaries counts as international aid and so does that barbed wire fence you’re using to ‘house’ Syrian refugees in northern Europe.”

By expanding the definition of aid, they’re pulling funds away from where they need to go.

This is one reading of the outcomes of the just concluded OECD-DAC meeting. If you fell asleep reading that name, don’t worry it was equally boring to type, but it is important. Here’s some basic facts you need to know:

What is the OECD?
The Organization for Economic Co-operation and Development is made up of 34 “wealthy” nations that work together to achieve sustainable economic growth in member nations as well as expand the global economy. The OECD has taken a lead role in coordinating global economic activity, anti-corruption efforts, energy, trade, development and more. The Development Assistance Committee (DAC) is the special body within the organization that focuses on defining and monitoring international aid by member nations.

In short, the DAC is important because it is how most of the world’s rich nations monitor and define their foreign aid. Recently, the definition of that aid has become more and more contentious as nations are spending more “foreign aid” at home. In 2014, estimates say that Europe spent €7.1 billion euros were defined as “foreign aid” inside Europe. Ummm…. That isn’t particularly foreign.

Governments are getting away with this diversion of funds from actual development efforts in part because of the expanding OECD definition of aid. And today, that definition just got a lot wider.

The 2-day OECD DAC meeting in Paris focused on a wide range of topics, with two crucial issues headlining the agenda: The inclusion of security spending as “aid” and what the refugee crisis means for development spending.

On peace and security spending, they widened the definition of foreign aid spending to include:

That last one seems the most open ended. “We’ve embarked on a very slippery slope. It is hugely disappointing to see governments taking steps to twist aid into a tool to advance their own security agendas. Measures to prevent terrorism should be a key security task paid from security budgets, not an add-on for which governments raid development aid coffers,” said Sara Tesorieri, Deputy Head of Oxfam’s EU office.

Hugely disappointing seems like an understatement. Combine this with the DAC meeting communique including provisions to divert more development funds to the private sector and engaging in a process to define spending on refugees within Europe as “foreign aid,” and “disappointing” is just one of the mostly four letter type words that comes to mind.

The risks in the OECD decisions made over the last two days are enormous. Funding for actual development work that directly impacts the world’s poorest is falling. The refugee crisis is raising domestic concerns across wealthy nations about the costs and foreign aid is a common target for government critics in western nations, particularly the US. The OECD stepping into this chaos and expanding the definition of aid seems like an invitation for governments to start pretending they are not cutting development spending while in reality spending it on anything other than ending extreme poverty.

“These developments risk leading to an erosion of already limited overseas aid funds. Aid should be focused on tackling poverty in the poorest countries. Recent OECD data shows that while global aid flows are increasing, support to the poorest countries is falling perilously. We cannot allow this to continue unchecked,” said Tamira Gunzburg, the Brussels Director of ONE.

What to do now:

It is time the world stood up to these rich nation ministers. They cannot sit in a closed meeting room and make rule changes that will take money away from helping the world’s poorest simply to build fences at home. Global citizens cannot stand by while money meant for peace building go to “security” efforts that may lead to anything but peaceful approaches.

The OECD has long played a central role in monitoring aid. They have been a major hub to coordinate the wealthier economies on the planet. Today, they have taken a step away from actually helping the planet and toward simply helping themselves. A world cannot survive if the most wealthy only look inward,. Bodies like the OECD should not be allowed to aid and abet this theft.