This Woman Agripreneur Is Putting Sikkim on the Global Map

Siddhi was recently awarded the 'Indian Women Achievers Award' for her relentless efforts! 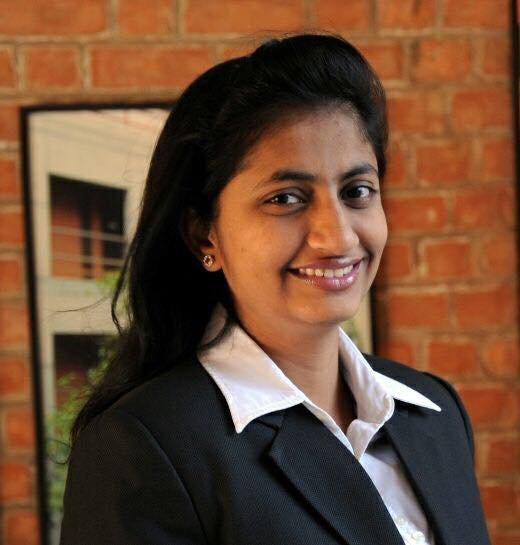 Siddhi Karnani is an award-winning agripreneur working in the northeastern state of Sikkim. Photo- Parvata Foods

Siddhi Karnani is an atypical individual.

While most people in her college were on the lookout for jobs, she along with her batchmate Anurag, was traversing the unsympathetic fields of Sikkim. She wanted to convince the farmers to trust her with their treasured organic produce.

Siddhi had decided to bring the market to the farmers. She saw the potential in the organic produce of Sikkim and decided to turn it into a social enterprise that is now improving the lives of thousands of farmers.

Co-founder of Parvata Foods, winner of National Agripreneur Award, and one of the very few women in the agribusiness, Siddhi Karnani personifies strength, hard work and perseverance; a sentiment echoed by the Hon'ble Prime Minister Narendra Modi who applauded Parvata foods on his radio show “Mann Ki Baat”.

Lauded as one of the leading female entrepreneurs in India, Siddhi also won the ‘Indian Women Achievers’ award 2018 and was honoured by President of India for her relentless efforts towards improving the lives of farmers in the remote villages of North-East India.

Global Citizen India talked to Siddhi about her journey as a female entrepreneur and her vision for Parvata Foods.

Q: How did you come up with the idea of Parvata Foods?

A: While studying in IIM-A, I took a course called Shodh Yatra. The purpose of the course is to go to a challenging region, understand the hardships of people, and explore the purpose of one's life. As a part of that course, I had gone to Sikkim, where I would trek in the morning and stay with the villagers at night.

It was while conversing with the villagers that I found that Sikkim was turning into a hotbed for organic food industry but the farmers had no market access. Most of the organic produce was being sold along with other products from North East as a ‘conventional product’ and the farmers were losing out on the brilliant market opportunity of selling their genuine organic produce at the deserved price. I, along with my co-founder Anurag, then began to look into the possibility of starting a venture from Sikkim. We realised that this venture not only provided a viable business opportunity but also had the potential to make a huge impact on the lives of farmers by giving them better market and better prices.

Q: How tough was it to venture into Sikkim and convincing the local farmers to trust your company with their produce?

A: One of the biggest issues we faced was gaining farmers' trust. The people there did not easily trust two young kids from the 'plains'. Their distrust also stemmed from the prolonged neglect that northeastern states like Sikkim have faced over years. It took us one and a half years to build that relationship with the farmers; to make them believe that we wanted to provide them with a market for their produce and train them to improve their product quality.

However, what was initially a challenge is now the biggest advantage of working in Sikkim.  Now that they trust us, the people in the state are very helpful and cooperate with Parvata Foods to put Sikkim on the global map.

Q: How did you eventually convince the farmers to put their faith in you?

A: So we provided training to the farmers and handheld them in modern agricultural practices.

Even to this day, the farmers in Sikkim follow very old and traditional agricultural practices. Their productivity is less and their post-harvest management practices are non-existent. These traditional practices lead to wastage and deterioration of product quality.

We are the first company in Sikkim to set up demonstration and training plots, wherein we teach the farmers modern agricultural practices, handhold them in implementing them in their farms and ensure that these practices are suited to the North-Eastern terrain so that the farmers can easily start adopting them.

Acknowledging our efforts in the field, we were given a grant of 54 lakhs by 'Federation of Indian Chamber of Commerce and Industry' (FICCI) to continue our work with farmers in the North-East region.

Read More: This Woman Is Marching 3,800km to Make India Safer for Women

Q: You are a women entrepreneur working in a male-dominated industry and challenging terrains. Were there any specific challenges that you had to face?

A: Parvata Foods functions in an agri-based industry, which is a highly male dominated industry not only in Sikkim but across India. There have been instances where I have gone to a market spanning over five acres and I didn't witness a single woman apart from me. The men in the industry are also not very open to having a woman work amongst them. They come from a school of thought where they think, “You are a woman, what are you doing here? Or what can you do here in this industry?” So they tend to ignore you or talk to you rudely.

However, I think the support of my business partner Anurag (co-founder of PArvata Foods) has been huge in this regard.

The other challenge would be travelling in Sikkim, which is a largely mountainous terrain. I usually have to travel for 10 to 12 hours at a stretch and poor sanitation is always a challenge. There have been days when I haven’t found washrooms, let alone hygienic washrooms, throughout the day.  On days like these, I wouldn’t eat or drink throughout the day just so I could continue my travel. This was something that used to bother me a lot in the beginning. However, now I am quite used to it.

Q: Having been in the Indian entrepreneurial sector for the past four years now, how would you reflect on India’s rise in the 'Ease of doing business' index?

A: One of the most important improvements has been the online availability of processes like applying for licenses. When we had started, we had to go to offices to do physical submissions and then keep running to the offices a hundred times as our “documents would be incomplete.” Now, since most of it has become online, it is now becoming very easy to get most of the licenses such as getting the export code or say registering with the spice board etc. The entire process has become very simple so the Indian entrepreneurs can now focus more on doing their business rather than focusing on the regulatory part of it.

Q. What message would you give to budding women innovators and entrepreneurs in India?

Break the stereotypes you are bound by. I want budding women entrepreneurs to not be restricted by notions like "male-dominated professions" or stigma of any kind. The kind of self-confidence you gain by venturing into fields that everyone tells you not to is unparalleled. It will be difficult in the beginning but remember you have a larger mission - You are making it easier for other young woman entrepreneurs to fearlessly venture into fields they are discouraged to and go on to inspire future generation of strong women entrepreneurs!

Young women entrepreneurs like Siddhi are driving India towards a new dawn of prosperity and are also making a mark on the world map. The success of Parvata Foods is a testimony to the impact young entreprneneurs are capable of making and also holds a promise of a brighter and enterprising future for India!

Global Citizen advocates for women's right to own businesses and be financially independent. Take action here.