Born With HIV, This 9-Year-Old Is Now ‘Disease Free’

After 8 years without treatment, she shows no signs of the disease. 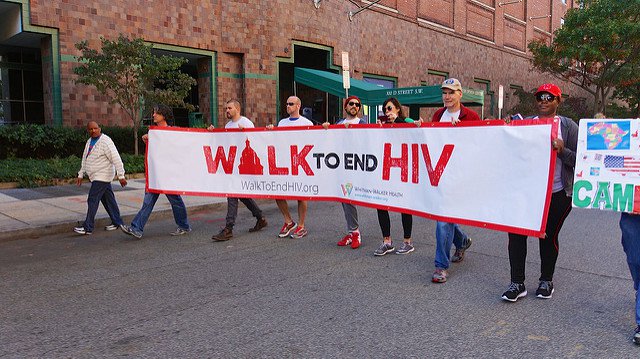 In 2015, there were 1.8 million children living with HIV, a disease they will likely have to manage throughout their lives.

Recently, there was a sign of hope for these children.

Born with HIV, a young South African girl has been in remission for over eight years, despite not being regularly medicated for HIV.

Immediately following her diagnosis at nine weeks old, the girl was placed on antiretroviral treatment (ART) for 40 weeks and then treatment was stopped and her health monitored.

Read More: UK Scientists Say They're on the Verge of Curing HIV

She was part of a larger research trial that included over 370 infants to see if early ART could decrease child mortality from HIV as well as reduce the necessity of lifelong treatment.

Of those children, most had to go back on ART treatment within four years. Only ten of the children have sustained low levels of the virus without treatment.

Virus levels in the nine-year-old girl, however, are completely undetectable; making her the first child in the African continent to be “cured” of HIV, and third in the world to show signs of long-term HIV remission.

This is encouraging because HIV medication takes a toll on the human body, especially on children.

Dr. Anthony Fauci, director of the National Institute of Allergy and Infectious Diseases, says her case is a beacon of hope and that other children who start ART early may be spared “the burden of lifelong therapy.”

There is a risk that the disease could emerge again, and the girl will need further treatment, as was the case with a Mississippi baby in 2010, who started ART just 30 hours after being born and was in remission after 18 months. Unfortunately, the disease was again found in her blood in 2015 and she went back on treatment.

The third child who sustained long term remission was a French teenager who, after starting ART at birth and stopping when 6 years old, has shown no signs of HIV in the blood for an astounding 11 years, so far.

The only person to be declared completely HIV-free was Timothy Ray Brown of Berlin, Germany. After living with the disease for 11 years he developed leukemia. Following bone marrow transplants, chemotherapy, and irradiation for the leukemia, Brown stopped taking his HIV medication. Instead of his HIV levels increasing drastically, as anticipated, no traces were found in his blood even seven years later.

Two other adults have achieved long-term HIV remission, but eventually had to begin medication again.

Pediatricians, worried about the long-term health implications for children who receive lifelong treatment, are hoping for more cases like the South African girl.

The study found that among infants who immediately received treatment, and continued treatment for at least 40 weeks, mortality deceased by 76% and HIV progression was reduced by 75%.

Although more research is being conducted to determine if the South African girl’s case was simply an outlier, her long term HIV remission at such a young age provided means that medical professionals are one step closer to a cure. Or, at the very least, are able to provide children alternatives to lifelong medical treatment.