We’re proud of all we achieved together in 2016, but there's more to do. 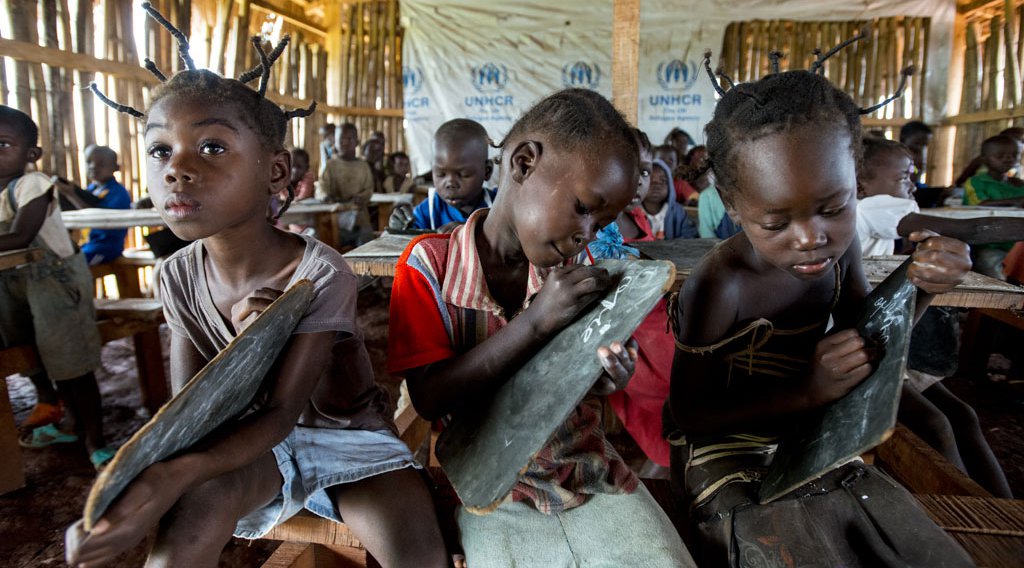 Children from the Central African Republic in the 2014 photo at Primary School 1 in UNHCR Mole Refugee Camp, Democratic Republic of the Congo
UNHCR

As a new secretary-general settles into the UN, and a new US president steps into the Oval Office, our team at Global Citizen has been hard at work looking at how and where we can best achieve the Global Goals in 2017.

We’re proud of all we achieved together in 2016, but often, as hate and intolerance flared around us, this still didn't feel like enough. And it's not. That's why we need you more than ever in 2017, to show that our world is better when we work together as Global Citizens.

This year, we'll be campaigning to ensure that our leaders don't walk away from their promises to the world's most vulnerable. We'll be pushing hard to ensure that all children — especially girls — get a quality education, that the richest countries deliver on promises to fight hunger, and that refugees everywhere get the chances they deserve to succeed in life. And to do it, we'll need you with us.

These are our top campaigns for the year:

1. Education for All: We’ll be campaigning to raise billions of dollars to fully replenish the Global Partnership for Education, so they can give a quality education to millions of children in 61 of the world’s poorest countries.

2. Food & Hunger: The world needs to put its money where its mouth is when it comes to ending hunger and improving nutrition. We're working to make the Italian G7 focus on meeting their promise to lift 500m people out of hunger, securing new pledges for the Nutrition for Growth agenda, and making sure that we reduce food waste in our own lives and communities.

3. Refugee Crisis: As the ongoing crises in Syria and Yemen show us, there's an unprecedented humanitarian crisis that has forced 75 million from their homes. We'll be campaigning for urgent funding for education, health and housing in emergencies, especially around the G20 in Germany mid-year.

4. Ending Polio Forever: With just 35 cases in 2016, the world stands on the brink of eradicating polio forever. But, to finish the job, it needs to secure $1B from countries like the UK, Canada, and Australia to make sure health workers and vaccine suppliers have all they need to make polio the second human disease to be ended.

Read More: India Celebrates 6 Years of Being Free of Polio

5. Level the Law: Girls are legally blocked from equal opportunities in most parts of the world by laws on things like violence, marriage, going to school, owning and inheriting property. That’s why we’re continuing our #LeveltheLaw campaign in partnership with CHIME FOR CHANGE and partners like Equality Now to get laws changed, including child marriage in Tanzania and the prosecution of ISIS for rape as a war crime against the Yazidi people.

6. Sanitation & Water: We’re campaigning to make sure everyone in the world has and uses a clean toilet whose waste doesn’t end up back in our drinking water. Sounds simple - but for more than 2 billion people, it’s still a pipe dream. We’re working with partners to get new funding and better policies to improve sanitation, especially to end open defecation, and to improve waste management systems in cities.

7. Supporting Advocates on the Ground: We’ll be doing more to support Global Citizens in sub-Saharan Africa and Asia — like Aristarick, Nadia and Sharmeen Obaid-Chinoy, who is a CHIME FOR CHANGE Advisory Board member, who are already leading advocacy campaigns to achieve specific global goals in their communities and countries.

8. Accountability: Global Citizens have been a part of securing more than 250 commitments and announcements, which are set to affect the lives of more than 1 billion people. But, these are all promises, and we know that we need to hold leaders accountable to deliver, which is why we’re scaling our efforts to release twice yearly updates on each commitment, and calling out those who are falling behind or walking away from their commitments.

9. Fighting Inequality Everywhere. The Global Goals apply to everyone everywhere, including places like North America, Europe and Australia. That's why we'll be starting to do more with partners this year to fight local inequality on issues like hunger, access to education and safe drinking water.

Plus, we'll be continuing to support some of the world’s most effective organizations on their campaigns, especially on long-term systemic issues around environmental sustainability, and finance and innovation.

If you’re with us, be sure to be a registered Global Citizen and you’ve followed us on social media to see how you can take action to win on these campaigns.