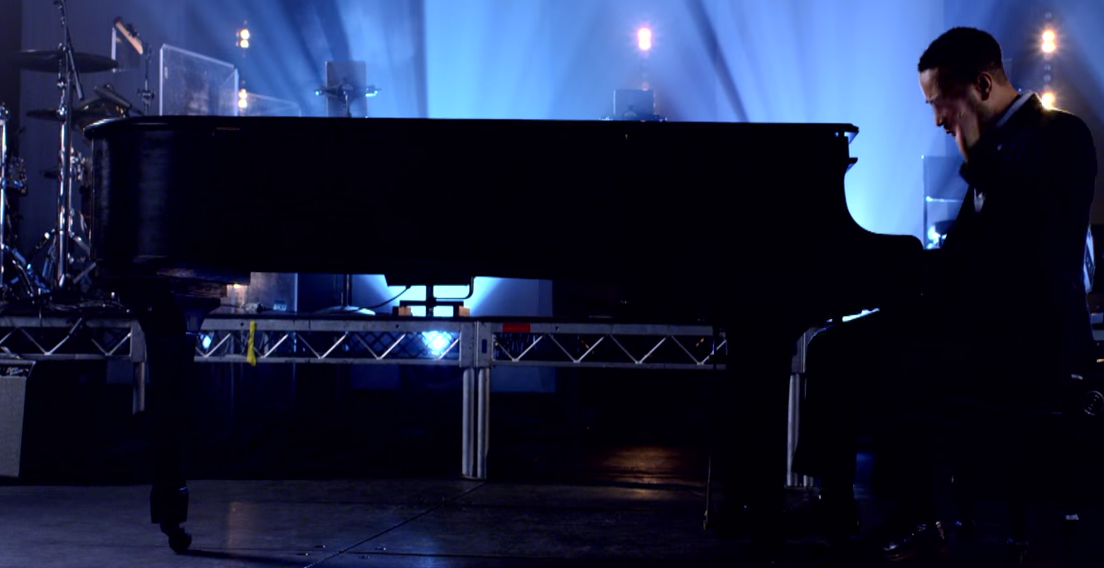 It’s award show season. The Golden Globes have passed, the Grammys are now, and the world still has the Oscars to look forward to. While actors often give powerful speeches, musicians tend to take activism and advocacy to a higher level on the awards stage. Maybe this is because “music will always bring us together.” (See number four below) Their voices carry life-changing messages, some of which are just as relevant now as they were when they happened (Check out number two!)

Here is a look back at nine thought-provoking statements from Grammy winners and nominees over the years.

First off, who knew there’s a whole Wikipedia page dedicated to “Lady Gaga’s Meat Dress”? Her dress fashioned from “raw flank steak” not only pushed the media into a frenzy, but it also won her the top spot in Time’s fashion statements of 2010. The dress got Ellen DeGeneres to ask herself, “what’s the difference between her dress and my clothes made of leather?”

“Most middle eastern people are not terrorists...The US has to start respecting people in the Middle East to find a solution to a problem that’s been building up over many years.” -- Adam Yauch from Beastie Boys

His words still ring true as a message of truth and courage today. Considering the hate-charged rhetoric being spoken in US politics today targeting Muslims and people in the Middle East, it’s surprising that these words came 18 years ago. Today, we can remember him and honor his words of wisdom.

3. Common and John Legend on #BlackLivesMatter

Two Global Citizen artists delivered a powerful song for the film Selma last year, and Common gave an even more moving speech when accepting a Golden Globe for best song.

"As I got to know the people of the Civil Rights Movement, I realized I am the hopeful black woman who was denied her right to vote. I am the caring white supporter killed on the front lines of freedom. I am the unarmed black kid who maybe needed a hand, but instead was given a bullet. I am the two fallen police officers murdered in the line of duty. 'Selma' has awakened my humanity." - Common

Beyoncé’s recent performance at the Super Bowl had a politically charged message that #BlackLivesMatter and it was edgier than most past halftime shows. But just last year at the Grammys, Beyoncé performed a song close to her heart and a favorite of the Rev. Dr. Martin Luther King Jr., “Take My Hand, Oh Precious Lord.” Check out 6:08 in the video to hear how “music will always bring us together.”

Guess who’s back? No, not Eminem, but the Beastie Boys (who Eminem actually thanked in his Grammy’s speech).

Not only did the Beastie Boys win more awards the next year, but this time Adam Horovitz aka Ad-Rock spoke out against violence against women. He even proposed plans and ways for musicians to take steps to prevent sexual assault against girls and women at concerts and music venues. Skip ahead to 3:00 to hear Horovitz’s speech.

MIA is an inspiration to preggo mamas everywhere. I got swagga like that. #grammys2009

The artist known for her edgy performances, including a video featuring male refugees earlier this year, came on stage in 2009 and gave a powerful show. What was her edge this time? M.I.A. was 9 months pregnant. She showed the world the true power of a strong grown-ass woman. And she gave birth to a healthy baby boy just a few weeks later.

7. When LeAnn Rimes proved age ain’t nothing but a number

LeAnn Rimes is the youngest person to ever win a Grammy. That year, she took home two awards: one for best new female artist, and the other for best female country vocalist. She was only fourteen. She proved that people of all ages have talent and deserve respect.

Back before the LGBT community had the right to marry in the US, public displays of same-sex intimacy were rare. So when Madonna kissed Britney Spears at the 2003 Grammy, it helped to spark a conversation about equality and marriage rights.

In 2005, Etheridge performed at the Grammy’s with Joss Stone post-chemotherapy. How did the world know she had battled breast cancer? She didn’t hide it. She appeared on stage without a wig and did more than sing, “I’m gonna show you baby that a woman can be tough.” She proved it right then and there.

With Ed Sheeran, Tori Kelly, the Foo Fighters, Common and John Legend, and Carrie Underwood up for Grammys this year, global citizens can expect more powerful performances and speeches this year.

Share your most memorable moment from the Grammys in the comments below.