If you don’t vote then you have no right to moan. 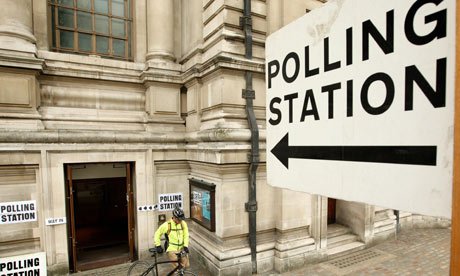 If you don’t vote then you have no right to moan; this sentiment has been drummed into me time and time again from a pretty young age. I come from a working class, political family who always votes and always will.

Sadly, this isn’t the case for a lot of people. So much so that with the deadline fast approaching, there are still 800,000 people missing from the electoral register. And the sad fact of the matter is that a lot of these are young people.

TV presenter Rick Edwards recently launched a campaign on Change.org that is aimed at getting young people registered to vote before the deadline passes on Monday 20th April.

“I’ve met 16 and 17 year olds who are out there fighting to lower the voting age. They would do anything to be walking to the polling booth on May 7th to have their say about who makes decisions on their behalf,” says Rick. “So if you’re 18 or over and haven’t registered to vote yet -- come on.”

“You don’t believe any of the parties represent you? When people don't vote, they get marginalised and forgotten about. You don’t know if you want to vote? No need to make a decision now, but get yourself registered so you at least have the option on May 7th. You’ll kick yourself if you don’t.”

Global citizens from around the world take actions on issues every single day. They email Presidents, tweet Ministers and meet MPs in a hope that they can make the world a better place. Voting is often the biggest catalyst for change in this world, so don’t lose your chance to make things better by not registering in time. It takes five minutes or less and can make a huge difference to people around the world.

Get registered to vote by clicking here- it really only takes five minutes to do. Remember, YOU HAVE UNTIL MONDAY 20TH APRIL.

Why not take a look at our Global Citizen Manifesto. Imagine a world where #EverybodyWins- we do.