8 breakthrough African American politicians that helped shape the US

Leaders who broke barriers by becoming the “first” of some kind in the political sphere. 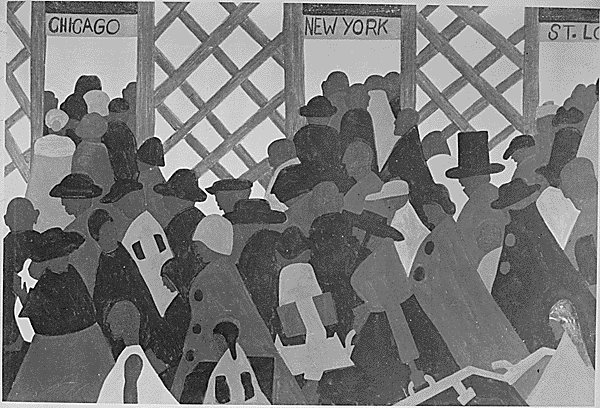 The shadow of slavery still looms over US life. It occurred for at least 246 years. For a comparison on how long that is, the Declaration of Independence was signed 240 years ago (in the middle of slavery).

After slavery officially ended, an era of systematic disenfranchisement occurred for at least 89 years. Then the Civil Rights Act was passed in 1964 (52 years ago). This marked the official, legal achievement of racial equality. But the informal, intangible, day-to-day, person-to-person nature of racial equality has yet to come for all.

The progress that has been made is largely thanks to courageous Black leaders who rose to political prominence, broke down barriers and championed change against all the odds, inspiring and mobilizing millions of supporters in the process. These leaders stretch from before slavery ended through recent US history.

Here’s a list of 8 leaders who broke barriers by becoming the “first” of some kind in the political sphere (Note: this is just a selection as any complete list would be MUCH too long for one article):

#TBT In 1854, John Mercer Langston is admitted to the bar as 1st African-American lawyer in Ohio #BlackHistoryMonthpic.twitter.com/vXKdpUC2rH

Throughout his career, he was a staunch anti-slavery and civil rights advocate. He helped runaway slaves along the Underground Railroad, established anti-slavery societies and recruited troops for the Civil War, including for the vaunted 54th regiment, the first all-black regiment.

Later, Langston became the first African American to be elected to the US House of Representatives.

“A nation may lose its liberties and be a century in finding it out. Where is the American liberty? ... In its far-reaching and broad sweep, slavery has stricken down the freedom of us all.”

Hiram R. Revels was born in 1827 in North Carolina, but was lucky enough to be a member of a free family. He went on to become a prominent minister in the African Methodist Episcopal Church and participate in the Civil War.

In 1870, Revels became the first African American to gain a seat in the US Senate. He left not long after, but his candidacy broke through entrenched barriers that said black people could not join the Senate because they were not fully citizens.

Constance Baker Motley was the first female African American to be appointed to a federal judgeship. This happened in 1966, 2 years after the Civil Rights Act was passed.

Before this, she was deeply involved in civil rights, working for both the NAACP and the Legal Defense and Educational Fund. She argued 10 civil rights cases before the Supreme Court and won 9 of them. She was a member of the team that won Brown V. Board of Education, which ended educational segregation.

”I rejected the notion that my race or sex would bar my success in life.”

In honor of #BHM2016 today we honor Shirley Chisholm - the 1st African American woman elected to the U.S. Congress! pic.twitter.com/3ZYqlPAgsk

Shirley Chisholm was the first female black congresswoman in the US. She was elected in 1968 and served 7 terms, fought for social justice and educational opportunities and became one of the founding members of the Congressional Black Caucus.

“In the end, anti-black, anti-female, and all forms of discrimination are equivalent to the same thing -- anti-humanism.”

Today let's pay respect to Barbara Johnson, a member of congress. We thank you. #BlackHistoryMonthpic.twitter.com/lCg1EUFPzn

Throughout her career she championed social justice causes and educational opportunities for minorities.

"My presence here . . . is one additional bit of evidence that the American dream need not forever be deferred."

“those who start out as outcasts can wind up as being part of the system.”-Patricia Roberts Harris #29DaysOfQueeningpic.twitter.com/Scy6Wz76Pv

Patricia Roberts Harris broke a lot of barriers. She was the first African American woman to hold a Presidential Cabinet position (for Housing and Urban Development under President Jimmy Carter), serve as a US ambassador and head a law school.

Two issues that she was passionate about were fair housing and fair employment. Both issues were (and continue to be) an uphill battle. Harris made progress by ending discriminatory housing and employment statutes and by directing funds to, and encouraging business to, invest in poor, neglected areas.

This is a fun Black History Month reminder that Thurgood Marshall desegregated everything. pic.twitter.com/lEo4pP0YDG

As both a lawyer and judge, Thurgood Marshall was a fierce civil rights advocate. He successfully argued 29 cases before the Supreme Court and became the first African American Supreme Court Justice in 1967.

He’s considered one of the most progressive Justices of all time.

“In recognizing the humanity of our fellow beings, we pay ourselves the highest tribute.”

Barack Obama became the first African American president in the history of the US in 2008. This achievement was made possible by all those who came and struggled before him, but it could only happen with a person of such strength and clarity of vision.

Obama was an outsider in the 2008 election, but as his message gained a national audience, his campaign took off and he won the election by a large electoral college margin.

There are thousands of other political figures who deserve to be honored this month. But “firsts” are important landmarks--they open the door for others. Oftentimes, they break down barriers and change the structure of society as well.

This is especially true in the US for African Americans, who have been so systematically oppressed throughout the country’s history.

The men and women above fought against tremendous odds and they made the US a better, more equal place.

You can continue their work by advocating for equality in your own life.